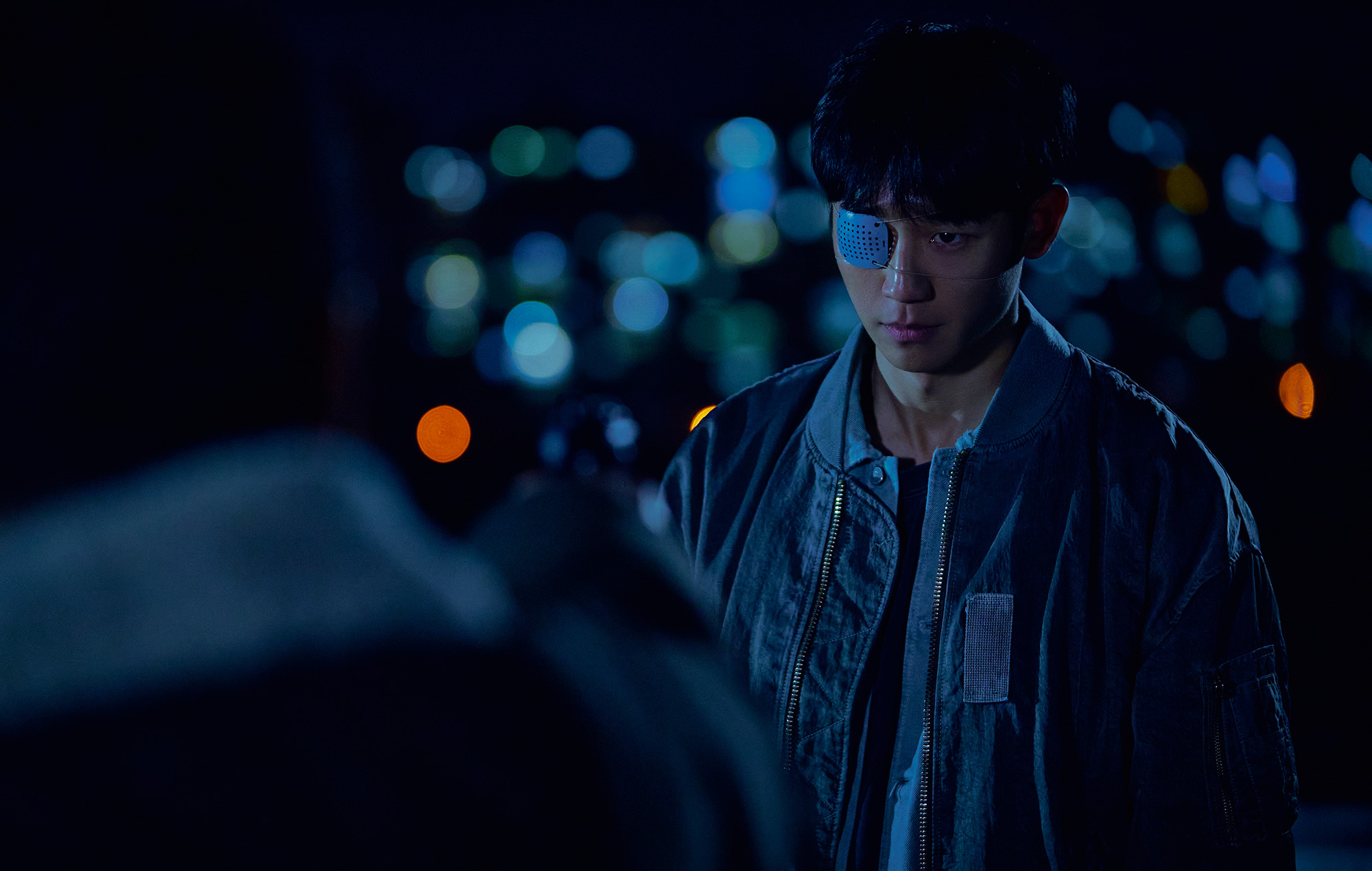 At a recent press conference to mark the release of Connect, lead actor Jung Hae-in and director Takashi Miike spoke of their shared vision for the show’s production – which is darkly apt for this new Disney+ show that revolves around the macabre connection between two men, one innocent and the other evil, through a transplanted eyeball.

Against the backdrop of by-gone, working-class Seoul neighbourhoods, we meet Dong-soo (Jung Hae-in), who’s been viciously attacked by a gang of thugs. What they don’t know is that Dong-soo is a ‘Connect’ – an immortal human of lore whose body has the ability to repair itself even if stabbed, shot, or dissected for its organs – which these thugs want to trade on the black market.

In the process of harvesting Dong-soo’s organs, his eyes are taken. However, his Connect abilities mean that he awakes on the surgeon’s table just in time to fight back. He retrieves one of his eyes, but in the chaos leaves one behind. It’s transplanted into another person – Jinseob, a terrifying serial killer played by Ko Kyung-po – and so the story begins. Dong-soo becomes connected to Jinseob, and by proxy, his crimes, via agonisingly painful visions that land Dongsoo in hot water with a group of detectives led by veteran Officer Choi (played by Memories of Murder’s Kim Roe-ha).

The storyline, adapted from a webtoon, is indeed fantastical as it sounds: Connect is a grungy, gruesome sci-fi trip laden with graphic CGI effects so disturbing, they could only be lifted from the pages of a comic. At times, the horrific gore is gratuitous – the first few episodes sometimes feel like an unnecessary parade of dismembered body parts – but it is generally effectively wielded to convey the sort of perverse horror the plot requires. And the carnage does eventually dissipate as the series progresses, giving way to a more thoughtful and considered storyline.

The peculiar loner of Dong-soo is a far cry from Jung Hae-in’s more charismatic roles in the likes of love stories Something in the Rain, One Spring Night, and Snowdrop. Connect is Jung’s first foray into horror, so his portrayal does feel a little unconvincing at times. But, as the episodes progress, he shows increasing promise as the unlikely anti-hero.

The shame Dong-soo feels about his unorthodox powers – the result of a difficult, neglectful upbringing where he struggled with his abilities as a Connect – makes him a surprisingly refreshing everyman lead. Dong-soo is neither street-smart nor brave like other screen superheroes; he seeks to avoid conflict, visibly trembles in the face of danger and lives his life in a grotty apartment playing the guitar in solitude. It’s ultimately quite endearing to see Dong-soo start to break free from that life for the greater good – to embrace growth that’s sprung from horrific circumstances.

As depressing as Dong-soo’s existence feels, it’s encouraging to see his character develop in each episode, particularly when he meets Lee Yi-rang (Kim Hye-jun, Inspector Koo and Kingdom), a wide-eyed novelist who packs a punch and is obsessed with the Connect phenomenon. With Lee in his corner, some warmth is added to Dong-soo’s otherwise hellish situation, and a drama that is otherwise drenched in darkness.

All episodes of Connect are out now on Disney+.