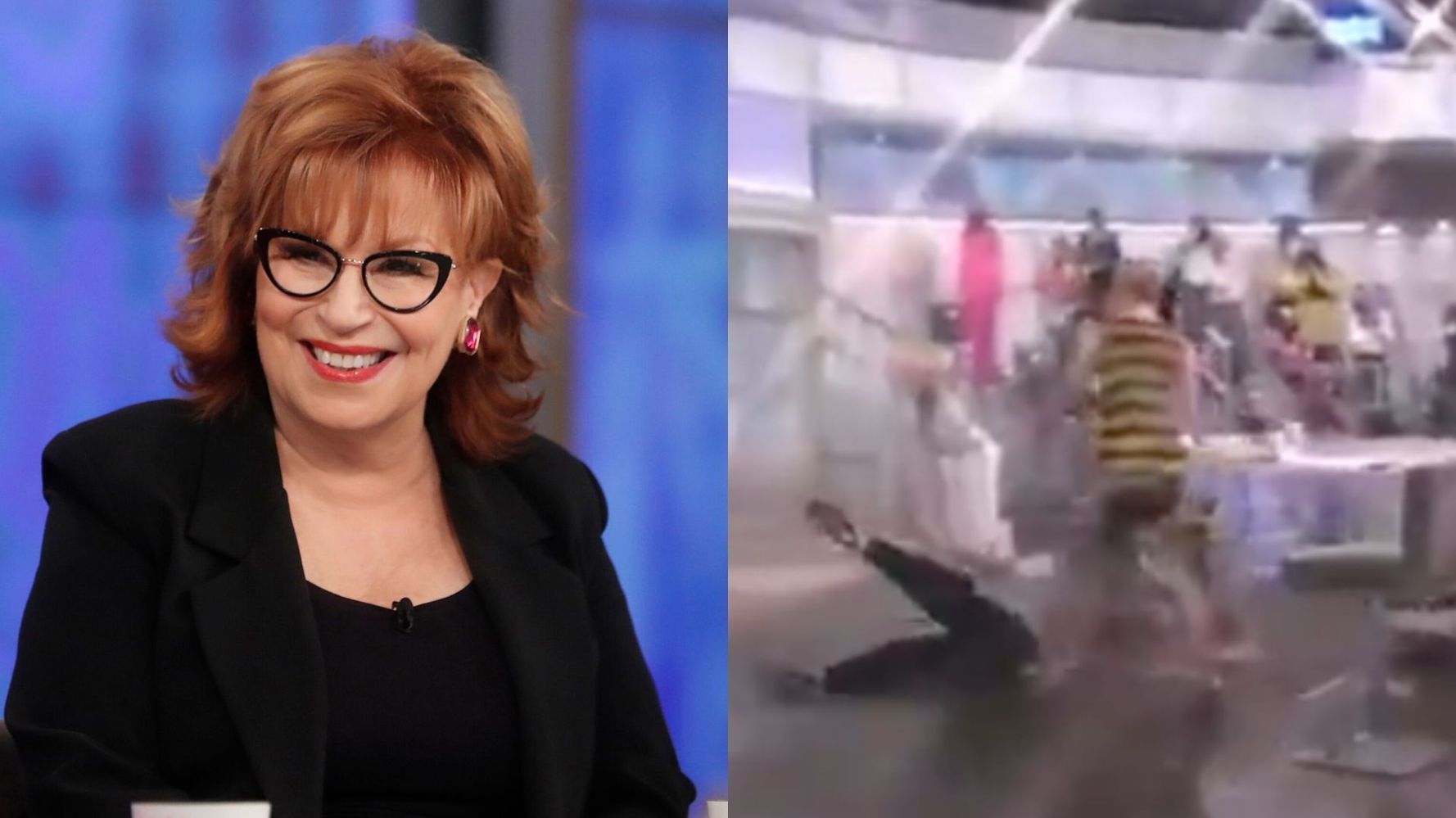 Joy Behar quickly turned things around after an embarrassing on-air mishap with a swivel chair.

The 79-year-old co-host of “The View” walked out onstage as usual Thursday at the beginning of the daytime talk show. But as soon as she took a seat, she quickly fell out of her chair and had quite the tumble.

Her co-hosts and a member of the show’s crew quickly came to her aid.

As Behar was lifted to her feet, her co-host Sunny Hostin rose to Behar’s defense.

“Let me tell you, these chairs are dangerous!” she said.

“These chairs move!” Goldberg said, demonstrating the danger of the apparatus by spinning her chair in circles. “You touch it and you’re on the ground!”

“It’s happened to all of us at one time or another,” Hostin added.

Behar was good-natured about the awkward moment.

“Twenty-five years, that has never happened [to me],” Behar said, adding the quip: “Who do I sue? Who do I sue?”

Once Behar got herself together, she proclaimed, “I went flying!”

The moment quickly went viral, and later on in the show the women decided to clarify a little rumor people were apparently texting them — that co-host Sara Haines had tripped Behar.

“Today, I did not trip her. Today,” Haines said jokingly.

“She did not do it,” Goldberg said. “All of you stop sending us texts, that’s not what happened.”

“I’m getting all these messages from people saying, ‘That’s a viral moment, you’ll be on Page Six,’” chimed in Behar, whose spill was covered by the New York Post (hey, we’re covering it too, so no judgment here!).

Goldberg then proceeded to demonstrate — yet again — how treacherous the chairs are, and said that everyone on the show hates them.

So there you have it. “The View” hosts think their chairs suck and Haines did not trip Behar in an attempt to sabotage her career. No word on whether Behar’s “formidable opponent” ever entertained the idea.