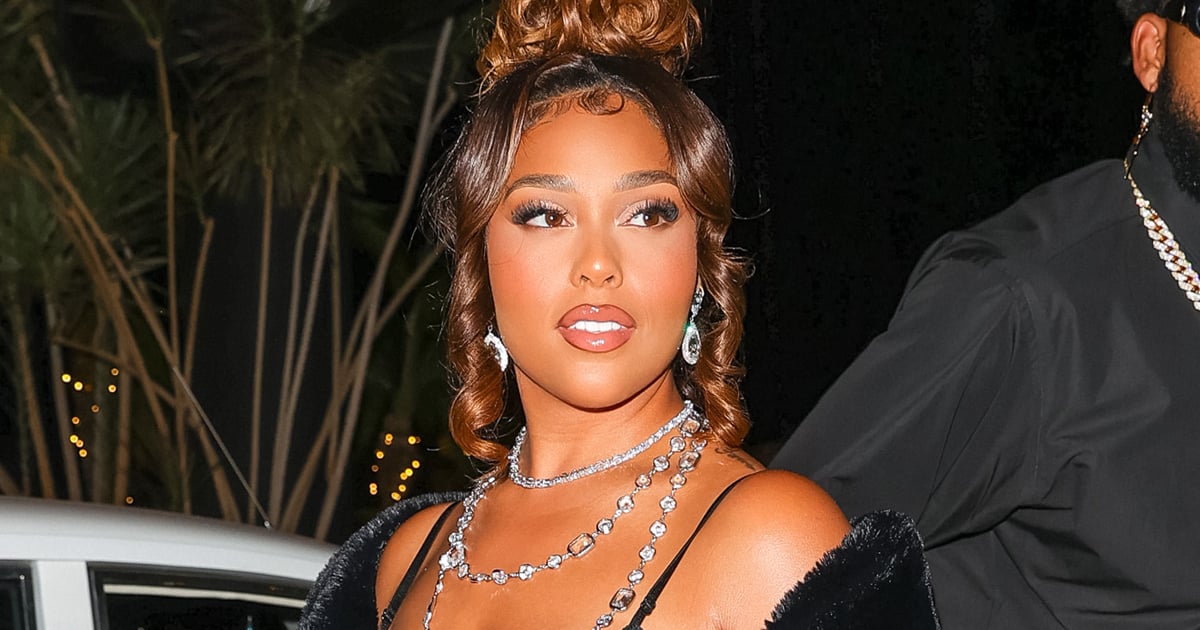 dJordyn Woods has officially ditched her brunette waves for an icy-blond look straight off of our winter beauty boards. On Dec. 12, Woods showed off a set of “Targaryen blond” braids on the red carpet at the “Avatar: The Way of Water” premiere in Hollywood. The style, created by MiMi G., wrapped around either side of her head before dropping over the shoulders of her glow-in-the-dark dress and intertwining with her waist-length waves. “Such a beautiful night at the Avatar Premiere,” Woods captioned photos of her outfit on Instagram on Tuesday.

“OK you guys, one time for this eyeshadow though!”

On the model’s face, makeup artist Kevin Luong continued the frozen theme with thick eyelashes and aqua eyeshadow that faded into a pale-white shimmer. Given that the second “Avatar” film is set underwater, it’s likely that Woods’s beautifully executed eyeshadow was also meant to imitate foamy waves along the beach. “OK you guys, one time for this eyeshadow though!” Woods said in her Instagram Stories on Monday night. “It’s going to be so hard to get this sh*t off though.” She also paired the look with a marbled white-and-silver manicure with rhinestone and pearl accents.

Woods first debuted her blond hair in a carousel of Instagram photos shared on Dec. 10. “Ice queen,” she captioned the pictures of her platinum-blond hair peeking out under a faux-fur winter hat. Woods also shared photos of her new bleached hairstyle against a snowy backdrop in the middle of a forest, a fitting start for the chilliest season. Other celebrities who have rocked the blond-hair trend in the past few months include Kim Kardashian, Lily James, Aubrey Plaza, Ariana Grande, and more.

Following the premiere, Woods revealed that her icy-blond look was only temporary. “I think the blond is going to go,” she said. “Is blond my color, y’all? Let me know.” On Dec. 13, Woods updated her Instagram Stories with videos of herself rocking her original brown waves.

While her blond era was short-lived, Woods’s look is ever changing, and we can’t wait to see what she surprises us with next. See her bleached hair ahead.