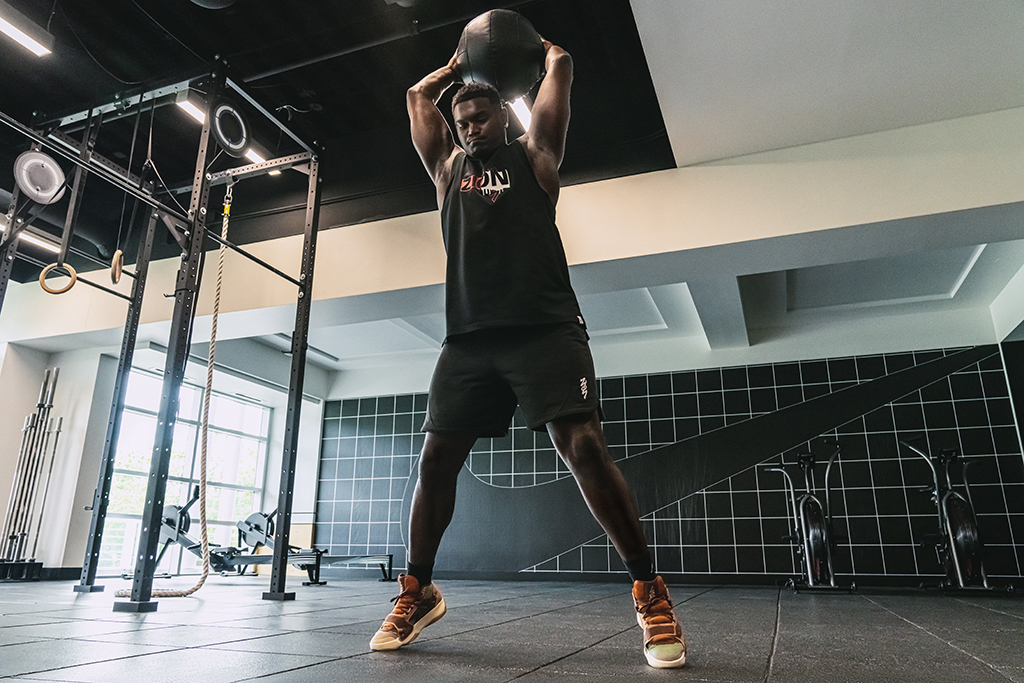 The Jordan Zion 2, according to Jordan Brand, was made to balance the baller’s power and speed with his “playing persona,” and designed to remain comfortable “under the extreme duress of Williamson’s unique athletic gifts.” The brand further explained the player who this shoe is made for, stating it is built for those who are able to do several things on court by offering enhanced responsiveness and increased comfort and support.

Jordan Brand is segmented Williamson’s shoe into three areas: the heel for impact resistance, the middle for resilience and containment and the toes for comfort and mobility.

The company said the strobel is decoupled, shifting it from a full-length unit to a focus on the heel — a new concept for Jordan Brand — which allows for 20% more forefoot Zoom Air for increased responsiveness and a smoother landing on the heel. Also, to focus on containment, the Zion 2 is designed with a performance cup sole that wraps high up the foot, as well as a forefoot strap that works with the lacing system for support.

In terms of looks, the Jordan Zion 2 pairs its modern technology with a retro look that Jordan Brand said honors “otherworldly athletes and Nike icons of the ’80s and ’90s.” It features nods to Williamson’s drive to win, according to Jordan Brand, including his “Nobody built like you, you design yourself” ethos and an evolved Zion logo.

Jordan Brand released the Jordan Zion 2 “Voodoo” colorway in North America today via Nike.com for $140, and the “Hope Diamond” look will arrive June 30.