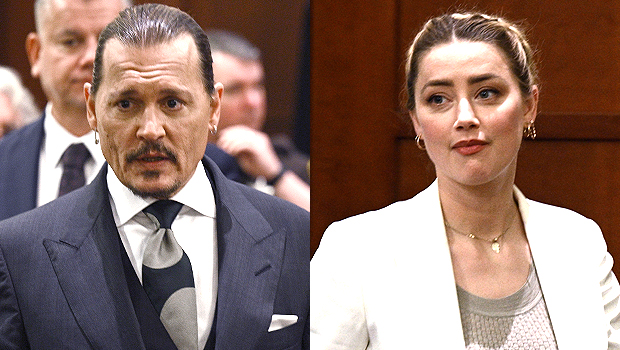 Johnny Depp and former talent agent Christian Carino’s opined that Amber Heard’s abuse allegations had a negative impact on his career, including him not being able to star in the sixth installment of the Pirates of the Caribbean franchise. The CAA agent’s pre-recorded (on March 11) deposition was played in the Virginia court as part of the defamation trial that Johnny, 58, has filed against his ex-wife, 36, on Wednesday April 27.

During his testimony, Christian was asked about his “understanding” of why Johnny wasn’t offered a role in the sixth Pirates movie. After he confirmed that Johnny’s lawyer was asking for his opinion, he responded that the actor wasn’t given the role “because of the accusations that Amber had made.” After they showed the agent an email exchange from Johnny’s publicist with a fellow CAA agent with a link to a news article saying that Johnny wouldn’t be returning to the movie franchise. When the publicist asked if the word had come from Disney, the other agent responded with, “No.” After showing the email exchange, Johnny’s lawyers asked Christian to confirm that it was the agent’s opinion that Johnny had “lost” the movie, because of her abuse allegations.

Before the deposition with Johnny’s lawyers was played, an earlier pre-recording with questioning from Amber’s lawyers was played. The video was taped on January 19, and Christian similarly spoke about how he felt that the Aquaman actress’s allegations had impacted his career.  When he started to represent the actor, he said that Johnny’s public reputation was that of “a shroud of mystery of who he was, because he was not visible to the public,” but it “changed with the exposure that came with the lawsuits.”

During the earlier deposition, Christian pointed to the yet-unmade Pirates 6 as a movie that he felt was a movie lost, because of the accusations that Amber had made against him, based on “conversations with studios and other executives, both internal and external,” naming Pirates executive producer Jerry Bruckheimer and other CAA colleagues. Although he didn’t remember specific details about what the Pirates producer said was the reason for having “difficulty” casting Johnny, he also said that he didn’t ask for specific reasoning. The lawyer also confirmed that he didn’t specifically say that the abuse allegations weren’t the reasoning for him not being hired. He also said that he felt that it was “something within the industry that is understood” that the reasoning for him not being asked to return to the franchise was a result of the allegations.

During the deposition, Christian was also asked if he’d ever seen Johnny abuse Amber, or if either had told him about instances where the actor abused his ex-wife, and he said that he had not. He’d also detailed his friendships with both actors, but he had said that he was no longer friends with either actor.