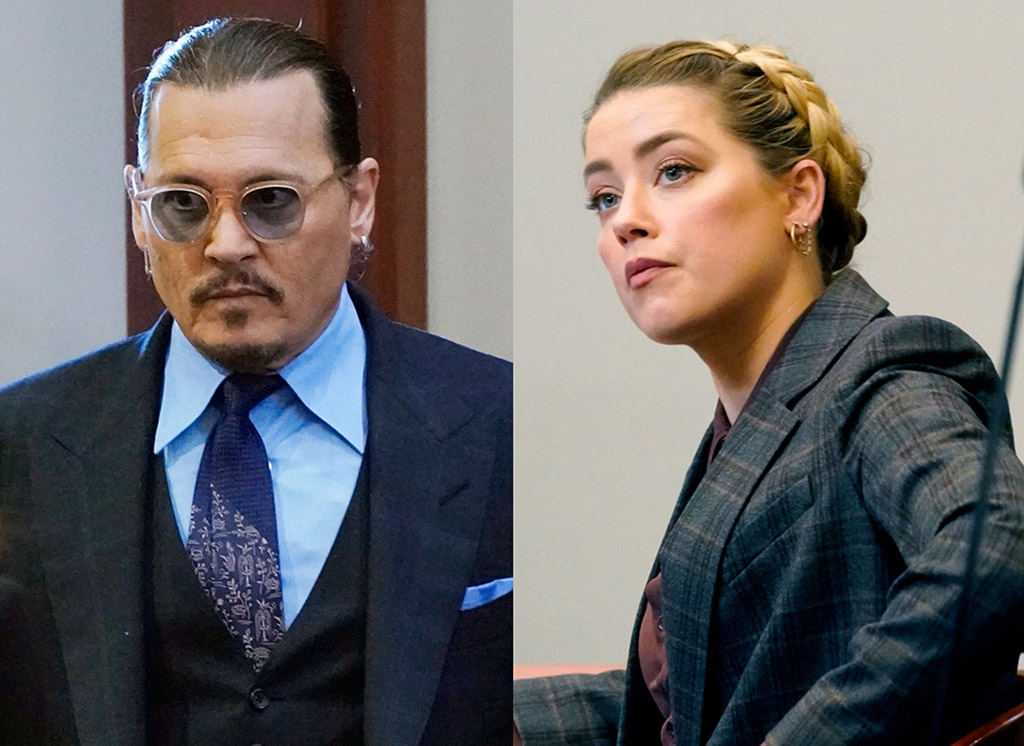 A member of Johnny Depp‘s security team claims he witnessed Amber Heard physically assault the actor. Travis McGivern, who has been Depp’s bodyguard for almost a decade, testified on Monday that Heard threw a Red Bull can at Depp, spit on him and punched the Pirates of the Caribbean star in the face.

McGivern was the first witness called by Depp’s team on Monday. He appeared virtually and testified about the verbal abuse the actor endured from Heard, telling the court the actress would call Depp a “f***ing dead beat dad,” “washed up,” and “f***ing c***.”

“You name it, she spewed it,” McGivern said. McGivern also claimed Heard “demeaned” him on one occasion, as she “threw some shade on me and my chosen career.”

McGivern witnessed one of the 14 times Heard claims she was abused by Depp — except he told the court it was exactly the opposite.

The incident in question occurred on March 23, 2015, two weeks after the pair’s blowup in Australia where Depp says Heard severed his fingertip. McGivern saw Heard throw a Red Bull can at Depp, striking him in the back. Depp was “angry and agitated,” according to McGivern, and “gave as good as he got” verbally.

“At one point she spit at him,” McGivern testified, adding he saw “just a lot of verbal vitriol from both of them.”

Depp was so upset he “rearranged” Heard’s closet, throwing down every rack of clothing. He threw some of Heard’s items down the stairs.

“He was upset,” McGivern recalled.

Things escalated when Heard supposedly decked Depp. McGivern said he was next to the actor, and all of a sudden, saw the actress’s “arm come across my right shoulder.”

“I heard and saw a closed fist contact Mr. Depp in the left side of his face,” McGivern stated. “That was Amber Heard’s fist.”

As for how Depp reacted, McGivern said: “The initial look on his face kind of mirrored mine, kind of a look of shock. What just happened?”

McGivern said Depp had a “nice little shiner” and that the side of the actor’s face was “definitely swollen and red.” McGivern testified that at no point did Depp ever physically respond and attack Heard. After the punch, McGivern said he got Depp out of the former couple’s Los Angeles penthouse.

“My job is to ensure the safety and well-being of my clients, and I felt like I hadn’t done that,” he said. Depp agreed, telling McGivern at the time how the shiner was his fault.

McGivern also testified about Depp doing drugs, saying he witnessed the actor smoke marijuana “daily.” He said Depp is “chill” when he’s high. McGivern saw Depp do cocaine “a couple” of times, but overall, the actor had a high tolerance for alcohol and substances.

During cross-examination, Heard’s legal team tried to get McGivern to change his story. He didn’t.

Whitney Heard witnessed part of the March 23, 2015 fight and is expected to testify on behalf of her sister. McGivern was asked if, in fact, Depp pushed Whitney and that’s why Heard stepped in and hit him. McGivern said that was “absolutely” not true.

“[Depp] was reaching for Amber’s hair as he was trying to hit her with that cast?” Heard’s attorney Ben Rottenborn asked.

“That is not correct,” McGivern replied.

Heard’s lawyers are trying to paint the picture that many of Depp’s witnesses are on the actor’s payroll. McGivern said he still works part-time for Depp.

Depp is suing Heard for defamation over a 2018 op-ed she wrote in the Washington Post. The actor is expected to call more witnesses on Monday. Yahoo Entertainment will continue to update this article.