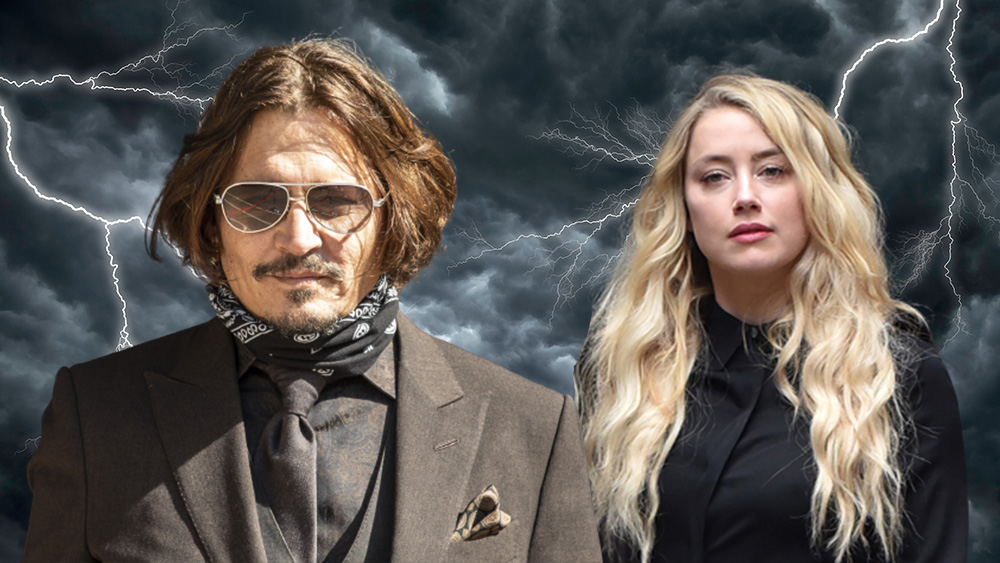 Over the next six weeks, the trial of Johnny Depp’s $50 million defamation lawsuit against Amber Heard that commences today could prove to be the biggest roles of the former couple’s careers.

With the intention to pick a jury by end of day, and opening arguments to begin in front of Virginia Judge Penney Azcarate tomorrow, the already well-covered case will almost certainly quickly be under appeal no matter who wins in this long delayed round. As fired Fantastic Beasts star Depp tries to figuratively flip his November 2020 UK loss in a “wife beater” libel action against Rupert Murdoch’s tabloid The Sun, Heard has a $100 million countersuit looming too.

Among an extensive and somewhat star-studded witness list submitted to the Fairfax County docket, both Depp and Heard are set to testify with the Pirates of the Caribbean actor expected to go first.

At the Fairfax County Courthouse today, about 20 spectators, mainly Depp fans, lined up to get one of the seats to witness the trial.

Among them was Jacintya Gillespie, 52, who said that she arrived last night after traveling from her home in Brisbane, Australia. She said that she has rented an AirBnB and plans to stay for a month.

“I took leave to come and stand by Johnny’s side, mostly after the UK farce because I was really disgusted by that outcome,” she said, referring to Depp’s case against The Sun. “I looked at all of the evidence that he had and it was so obvious to me what happened in that situation, but that judge just ignored all his evidence and I felt that was disgusting.”

She added, “I believe Johnny Depp is a pure soul, and I believe he always tells the truth. So that is why I am here to support him because I don’t think somebody’s reputation should be ruined on the basis of lies, which I think is what Amber Heard has perpetrated.”

One woman held a neon pink sign that read “Wish he never Heard!!” The blue side of the sign featured a picture of Depp behind bars and the words, “Justice for Johnny.”

Another spectator, Cindy Lewis, 59, said that she traveled from Sioux Falls, SD. She said that she was “very sad that he had to endure what she did to him. And she needs to pay for what she did, what she said. All of it. Angry. He never deserved any of that. Nothing.”

This fierce battle between Depp and Heard, who divorced in 2016 amidst restraining orders and media frenzy began when the former sued the latter in March 2019 in the Old Dominion for a late 2018 Washington Post op-ed on domestic abuse and the fallout that victims can be subjected to. The article by the ACLU ambassador on women’s rights never mentioned Depp by name, but in his subsequent filing the Oscar nominated actor claimed the piece cost him lucrative roles and “devastated” his career. Claiming he in fact was the abused party, the much litigious Depp said Heard’s allegations against him were “part of an elaborate hoax to generate positive publicity for Ms. Heard and advance her career.”

Since the Spring 2019 complaint, which originally featured the Jeff Bezos-owned WaPo as a defendant, both sides have fought tooth and nail, getting very explicit in the courts and the court of public opinion. Heard even tried to have the U.S. matter tossed out based on the UK libel case. Heard was not a party to the damning UK libel case, which Depp has failed to successfully appeal. Yet, she did testify in the high profile British action and won praise for her character from the judge in the British matter.

Before that, failing to get the suit moved to California or dismissed, Heard countersued Depp in 2020. As a part of the countersuit, Heard’s lawyers asserted her ex-husband’s close associate and former lawyer Adam Waldman defamed her in remarks to the press. There is also the matter of private communications like Depp’s texts to Avengers alum and anticipated witness Paul Bettany exclaiming a desire to “drown” and “burn” Heard. “I will fuck her burnt corpse afterwards to make sure she’s dead,” Depp added of Heard to his sometimes debauchery buddy. Those texts were read out aloud to varying degrees of reaction in the UK case.

“He threatened to ruin her career and inflict global humiliation upon her, and after losing in the UK, this is his last gasp attempt,” a source familiar with the Heard camp told Deadline before today’s proceedings started. “A jury verdict against Johnny will send a message to the millions of women out there who suffer from intimate partner violence every single day, that they can move safely on with their lives. And it will allow Amber to move on as well.”

Though Heard’s Elaine Charlson Bredehof-led legal team are also certain to argue that the UK case is relevant to the Virginia case, Fairfax County Circuit Court Judge Azcarate has followed precedent and excluded much of it from being presented to the as-yet to be seated jury, at least for now. Of course, under American law, the high burden is on Depp to establish comprehensively that Heard defamed and damaged him with her op-ed — no easy task.

“He’s not trying to punish her and humiliate her,” says a source close to the Brown Ruddick LLP represented Depp. “He just wants the truth to come out. He wants to clear his name, and this is the forum in which he has chosen to do so, in a court of law, where she is a party, and in the UK, she was not a party in that.”