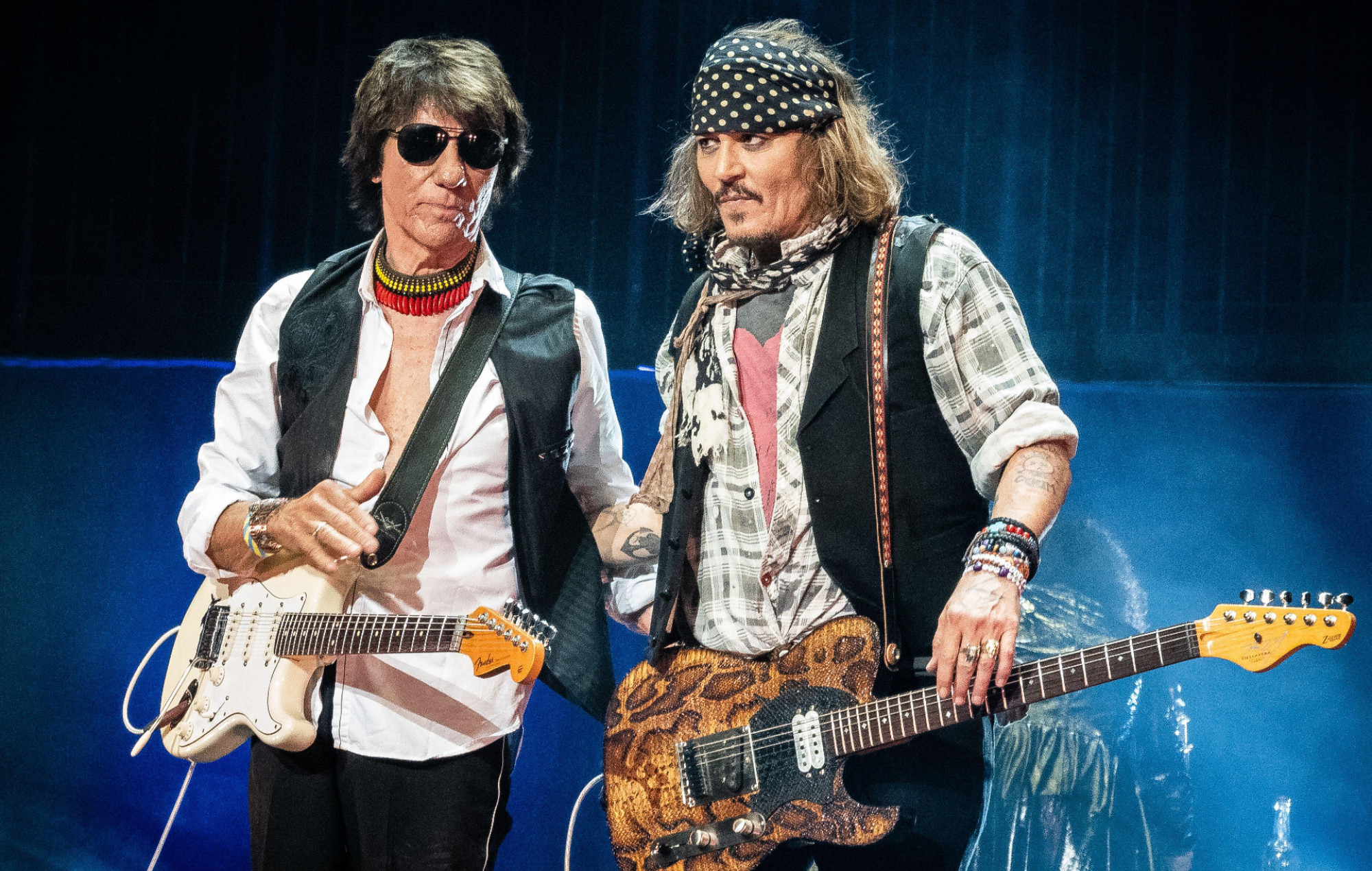 Johnny Depp is set to join Jeff Beck for the majority of the guitarist’s upcoming North American tour – tickets are available here.

The pair – who released a joint album, ’18’, back in July – will perform together over the course of Beck’s North American tour, which kicks off this October.

Though dates for the run were revealed in early August (and can be found below), news of Depp’s addition wasn’t made until today (September 1).

The Jeff Beck: Live In Concert tour begins in Atlanta, Georgia, on Saturday October 1, with Depp then joining the run at the next show on October 4 in Washington D.C. The actor-musician will remain on tour with Beck until the tour wraps up in Reno, Nevada, on November 12.

Tickets for all Jeff Beck: Live In Concert shows are available now and can be found here.

Depp and Beck have teamed up on various behind-the-scenes projects for several years. Back in 2020, the pair released a cover of John Lennon‘s ‘Isolation’, marking their first official release together.

Following reports they were working on new music together, Depp – who, at the time, was waiting for the verdict in his defamation trial against ex-wife Amber Heard – appeared on stage alongside Beck at a gig in Sheffield on May 29, 2021, performing covers of Lennon, Marvin Gaye and Jimi Hendrix. The duo then appeared together for the second time at London’s Royal Albert Hall two nights later.

They announced their first collaborative album, ’18’, in June of this year. The artists then went on to release a handful of album cuts as singles – a cover of The Beach Boys‘ ‘Caroline, No’ and one of The Velvet Underground‘s ‘Venus in Furs’.

A third cover single dropped back in July, with Beck and Depp reuniting for a take of ‘The Death And Resurrection Show’ the titular 2003 song by Killing Joke.

Last month, both men were accused of having allegedly stolen lyrics from a 1974 poem, Hobo, by Bruce Jackson, to feature in album cut ‘Sad Motherfuckin’ Parade’.

The poet’s son, Michael Lee Jackson, claimed the current credits on the song “do not reflect the actual authorship of those lyric” and that he was looking into possible legal options.

Spokespeople for Depp and Beck then came forward to say the duo would review the allegations brought against them. “We are reviewing the inquiry relating to the song ‘Sad Motherfuckin’ Parade’ on the ’18’ album by Jeff Beck and Johnny Depp,” they said. “If appropriate, additional copyright credits will be added to all forms of the album.”