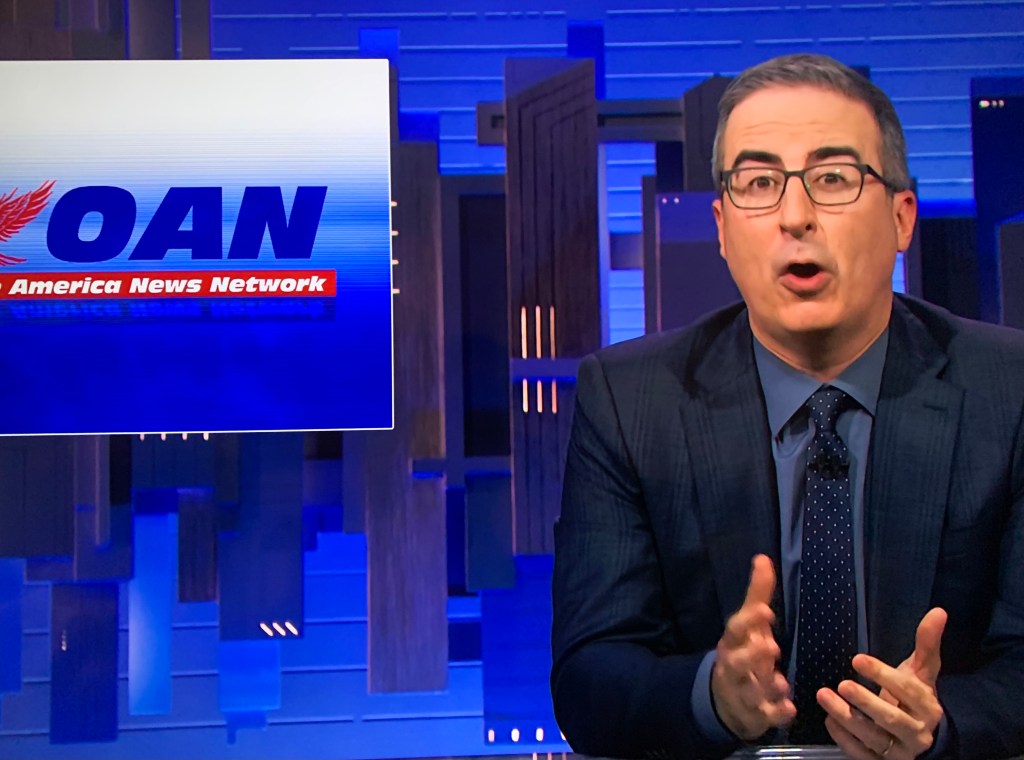 According to John Oliver on Last Week Tonight, One American News (OAN) has a legal bone to pick with him. Back in January 2022, DirecTV planned to drop One America News Network (OAN), the right-wing channel known for its pro-Donald Trump coverage and commentary which was picked up by DirecTV in 2017.

Losing distribution from DirecTV, OAN is not going down without a fight as the owners are suing AT&T for $1 billion, claiming the company breached a non-disparaging contract.

The real surprise is when Oliver reveals he is mentioned in the lawsuit which states a few colorful things the late night host mentioned about the network throughout the years like. “They (OAN) are like Fox News with even less shame and even fewer scruples,” he said. He continues “A ragtag band of fascist who are happy to give a platform to batshit election fraud theories from America’s most out of breath pillow fetishist.”

He has no regrets about saying any of those things. However, he’s most offended that they didn’t mention that he said one of their news anchors, “looks like a decaf Pitbull. I wanted that entered into the legal record.”

According to Bloomberg, which first reported the news, DirecTV’s contract with Herring Networks expires this month. DirecTV will continue to carry OAN programming through their existing agreement.