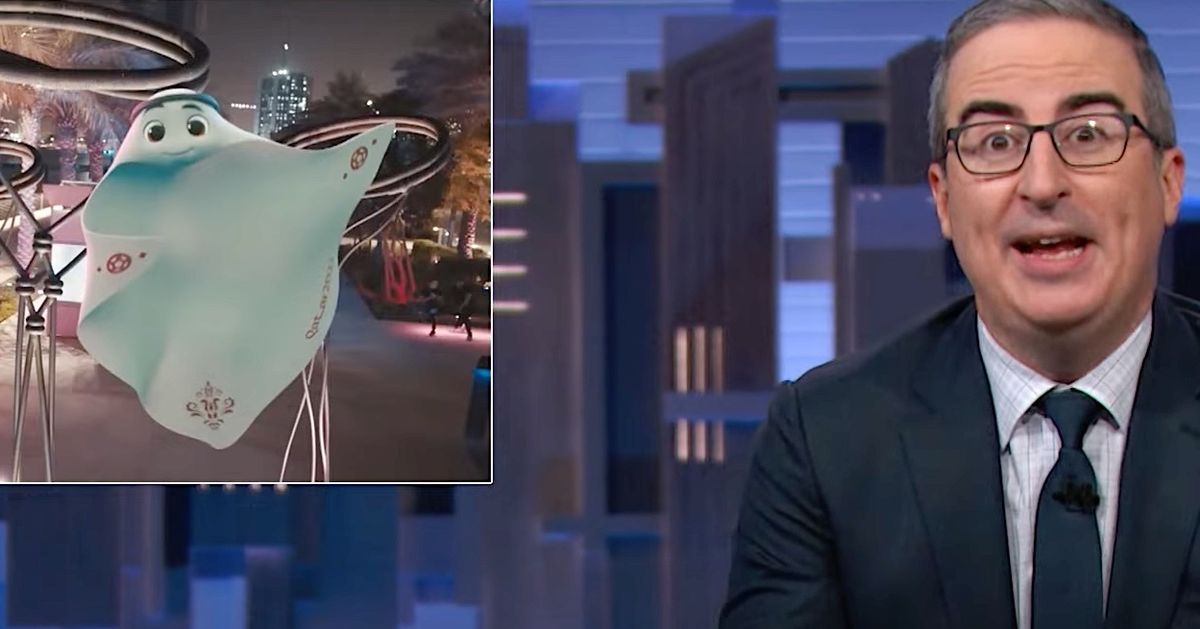 The World Cup kicked off on Sunday with host nation Qatar suffering one of the most humiliating defeats in the history of the event.

But as “Last Week Tonight” host John Oliver reported on Sunday, the nation’s poor performance on the pitch is nothing next to what’s going on off of it.

Oliver gave a brief history of how Qatar won the event from FIFA, soccer’s governing organization, which he called “a cartel-like group of scumbugs and assorted criminals who occasionally put on soccer matches.”

The nation’s selection was tainted by scandal and corruption.

What happened next, however, is far worse.

Qatar had no facilities to host such an event, and no workers who could build them in a short space of time, so they brought in foreign workers who by most accounts are being horribly mistreated, with thousands dying in the process.

Some were trapped in a system compared to slavery.

“All of the new stadiums and infrastructure were essentially built through modern-day slavery,” Oliver said. “So we should probably introduce a new collective noun to refer to this group of stadiums: a gaggle of geese… a pod of whales… an atrocity of stadiums.”

The tournament, he said, was “built on human suffering,” and Qatar officials have not only not been held accountable, they’ve tried to bully journalists who’ve even asked about it.

FIFA has yet to answer for it, too.

“I will say something which is crazy, but less democracy is sometimes better for organizing a World Cup,” then-FIFA boss Jérôme Valcke admitted in 2013.

“Even for a quote which is prefaced by ‘I will say something which is crazy,’ that is fucking nuts,” Oliver said.

See his full takedown below: