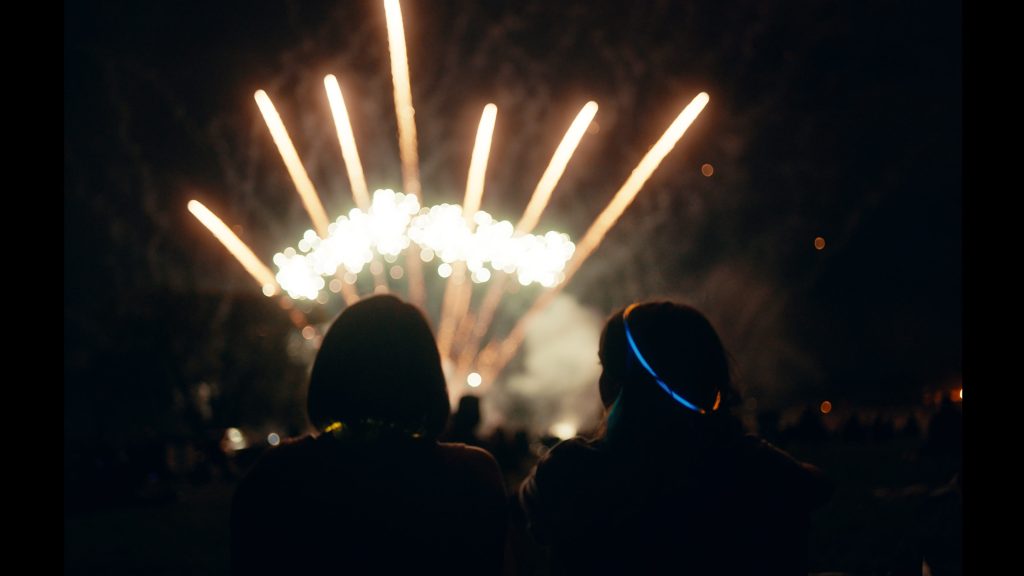 Inspired by true events, the first title from Armian Pictures shows the inherited effects of historical trauma and the strength of survival and healing. When 22-year-old Rae (Madeleine Coghlan), a descendant of Holocaust survivors, is targeted by Neo-Nazis in Billings, Montana, her ancestors’ trauma becomes real. As antisemitism continues to rise in the community, we follow Rae on her journey to forgive herself, her mother and the broken world. We Burn Like This also stars Reservation Dogs‘ Devery Jacobs, as well as Kendra Mylnechuk, Angelo Rizzo, Casidee Riley and Megan Folsom. Waksman, Marshall Granger and Jeri Rafter produced alongside Emmy and Peabody Award winner Neda Armian (Rachel Getting Married), with Eleanor Nett exec producing.

Love You Anyway chronicles the life of a young girl from birth to womanhood as she experiences life’s best and worst moments alongside her childhood best friend, Lucas (Charlie Gillespie). As Mackenzie’s (Reign Edwards) struggle with depression worsens over the years, she’s forced to find the will to fight alongside the people who love her most. The film was financed by Wayfarer and produced by Emilio Mazariegos. Its cast also includes Gillian White and Akira Akbar.

Freestyle Digital Media negotiated the deal to acquire We Burn Like This with Ryan Bury of Motion Picture Exchange—negotiating the deal for Love You Anyway with Mazariegos. Watch the trailers for both films below.

EXCLUSIVE: Critics’ Choice Award nominee Joelle Carter (Home Before Dark, Justified) has been tapped as the narrator for MacGillivray Freeman Films’ IMAX documentary, Secrets of the Sea. The film directed by Howard Hall and Jonathan Bird is slated for release this summer.

Secrets of the Sea takes viewers into the ocean to show the astonishing ways marine species interact with each other and their environment, demonstrating the critical importance of marine biodiversity to maintaining healthy oceans. Pic is a co-production a Howard Hall Productions and Oceanic Research Group. Michele Hall served as its producer.

EXCLUSIVE: Wild Eye Releasing has acquired rights to director Daniel Benedict’s The Bloody Man—a supernatural horror film that will reunite A Nightmare On Elm Street 4: The Dream Master stars Lisa Wilcox and Tuesday Knight. The film will premiere on digital on July 12, with a release on physical formats to follow.

The film written by Daniel and Casi Benedict tells of a young boy who, after the death of his mother, becomes obsessed with a comic book she gave him that ultimately summons the ancient monster found in its pages. Mercedez Varble, Dan Eardley, Jason Crowe, Roni Jonah and KateLynn E. Newberry also star in the pic, produced by Red Serial Films.

A new trailer for The Bloody Man can be found below.

EXCLUSIVE: Adam Scorgie’s Score G Production Films announced today that it will produce the documentary Bif Naked: One of a Kind, along with Electric Panda Entertainment, Her Royal Majesty’s Ent. and Gruvpix Films. The film has been licensed by Super Channel and will air as a Super Channel original documentary in early 2024.

EXCLUSIVE: Deadline has an exclusive trailer for writer-director Benjamin Hosking’s short film, And I Miss You Like A Little Kid, which is making its world premiere at Los Angeles’ Dances with Films on June 11 at 12:30 p.m.

In the film set during the early days of the pandemic, a lonely depressive falls for an older punk, only to find himself trapped in his apartment with her abuse. Chris Zylka, Teri Reeves, Ryan Gibson and Mandy June Turpin star in the pic, produced by Qiyi Fan. Watch the trailer below.

EXCLUSIVE: Also making its world premiere at Dances with Films is Adam Pertofsky’s first feature doc Ubuntu, which will screen at TCL Chinese 6 Theatres Los Angeles on June 13 at 7 p.m. (Watch an exclusive clip below.)

Ubuntu shines a light on the Mamas of Cape Town, a group of tenacious, heroic women, who have never been acknowledged. They raised generations of children from their communities while living under the oppression of Apartheid South Africa. The film written by Lori Levin shares their stories, from their unique perspectives. Levin produced Ubuntu with Leslie Owen—also exec producing the pic alongside Pertofsky and Eve Kornblum.

EXCLUSIVE: Yet another film headed to Dances with Films as an Official Selection of the festival is Akiko Izumitami’s short Yae: Blind Samurai Woman, which will screen at the TCL Chinese Theatre in Hollywood on June 13 at 4:45 p.m.

Yae: Blind Japanese Woman takes us to 18th century Japan, where a blind woman’s father is killed by a young samurai who was avenging his own father’s death. Masa Kanome (Austin Powers in Goldmember), Yuwi Kim (The Music Box) and Nobuaki Shimamoto (Hacksaw Ridge) star in the pic written by Izumitani and James “Doc” Mason. Watch the trailer below.

EXCLUSIVE: Our final Dances with Films clip of the week comes from the Hitchcockian indie The Harbinger, which is premiering at the TCL Chinese on June 17 at 9:30 p.m.

The pic from Veteran Films follows Daniel (Will Klipstine) and Theresa Snyder (Amanda MacDonald) as they move their troubled young daughter Rosalie (Madeleine McGraw) to a quaint town. Soon after, neighbors begin to die. The townspeople suspect Rosalie and shun the Snyder family. Fearing something evil has followed them, the tormented parents seek the advice of a Native American seer (Irene Bedard). But when the deaths continue and a detective (Vince Duvall) starts looking into them, the Snyders must do whatever it takes to protect their family.

Klipstine directed from his and Amy Mills’ script. Pic was filmed on location in northern Minnesota where a Native Veteran local, Danny Feltus, became one of the first beneficiaries of the Veteran Films program, which provides a paid training environment for Native Americans, Veterans and Victims of Domestic Violence. Watch the clip from The Harbinger below.

EXCLUSIVE: Deadline also has an exclusive teaser for Lovely Jackson—a true-crime documentary marking the feature directorial debut of Matt Waldeck, which will make its world premiere at the American Black Film Festival on June 17. The film is exonerated prisoner Rickey Jackson’s first-hand account of the psychology of survival and spiritual fortitude required to withstand 39 years of wrongful incarceration for a murder he didn’t commit.

At the time of his release in 2014, Jackson was the longest wrongfully incarcerated person in U.S. history—having spent 39 years on death row and in Ohio’s most dangerous prisons after being convicted solely on the coerced eye-witness testimony of a 12-year-old neighborhood paper boy. Lovely Jackson sees Rickey return to the prison where he was sent in 1976 on his way to the electric chair, where he narrates and stars in reenactments alongside professional actors, as well as the real-life paper boy, who is now in his late 50s. The film is a Zodiac Features production presented by H.E.L.P., in association with Zodiac Holdings. Waldeck and Jackson wrote it together and produced alongside Ben Hecht, Travis Killian and Jillian Wolstein.

Watch the Lovely Jackson teaser below.

Emmy-winning Character FX Artist Todd Masters (Firestarter, Six Feet Under) has been tapped to receive the 2022 “Fright-Time” Award for Lifetime Achievement at the Monsterpalooza Convention in Pasadena, CA on June 4.

Masters is the Founder, President and “Chief Monster-Maker” behind Character & Special FX studio, MastersFX, which this year celebrates its 35th anniversary. He has worked in film for upwards of 40 years—recently contributing key special effects makeup to Blumhouse and Universal’s remake of Firestarter. Other notable film credits include Skyscraper, The Belko Experiment, RoboCop, Elysium, The Twilight Saga: New Moon, The Haunting in Connecticut, Snakes on a Plane, Slither, White Chicks, Hidalgo, Scary Movie 3 and One Hour Photo.

This year’s edition of Monsterpalooza is being held at the Pasadena Convention Center from June 3-5. The confab will also feature panels on Steven Kostanski’s genre-bender Psycho Goreman and “The Making of Tales From the Crypt: Demon Knight,” among numerous other events.