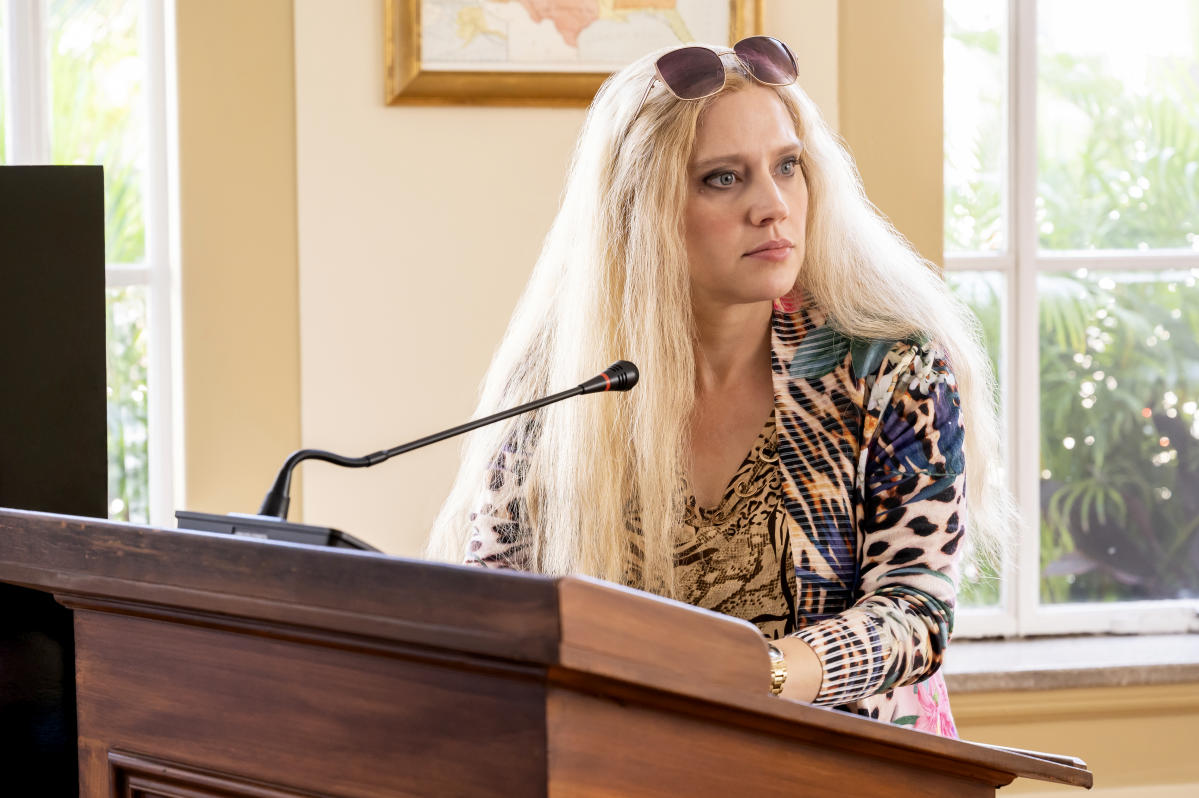 As bonkers as the true story of Tiger King was, you knew the dramatic version was going to be even more ridiculous — in a good way. We can now confirm that, based on the trailer Peacock released Thursday for its upcoming, eight-episode series Joe vs. Carole.

With John Cameron Mitchell, playing Joe Exotic (whose real name is Joseph Maldonado-Passage) and Saturday Night Live star Kate McKinnon in the role of Carole Baskin, the show is a recreation of the wildly popular Netflix series that subscribers binged back in 2020, just as we settled in at home due to the COVID-19 pandemic.

In one scene, McKinnon’s Baskin, who strongly disapproved of the original series, which was officially titled Tiger King: Murder, Mayhem and Madness, and sued unsuccessfully to keep the sequel from being seen, asks, “So how many people are going to see this little documentary of yours?”

The answer, of course, is a lot: 64 million people in the first year, according to the streamer. And that’s not counting viewership for Tiger King 2, released in November 2021.

Audiences watched Baskin, an animal rights activist and the owner of Big Cat Rescue, as she both fought for the animals and tangled with her rival, Exotic, who ran a zoo at the time. In 2019, he was convicted of attempting to hire two different men to kill her and for violating federal wildlife laws. After an appeals court found that the initial prison sentence he was given was calculated incorrectly, he was resentenced to 21 years in prison just last week.

The trailer gives a glimpse of Exotic’s approach to one of the would-be hitmen. “I got a job for you,” he says. It also includes some memorable storylines from the documentary, including Exotic shooting an inflatable doll made to look like Baskin and his double wedding to the late Travis Maldonado and John Finlay.

Meanwhile, the wardrobes for McKinnon, Mitchell, actor Kyle MacLachlan (Twin Peaks, Sex and the City), who plays Baskin’s current husband, Howard, and others are comically accurate.