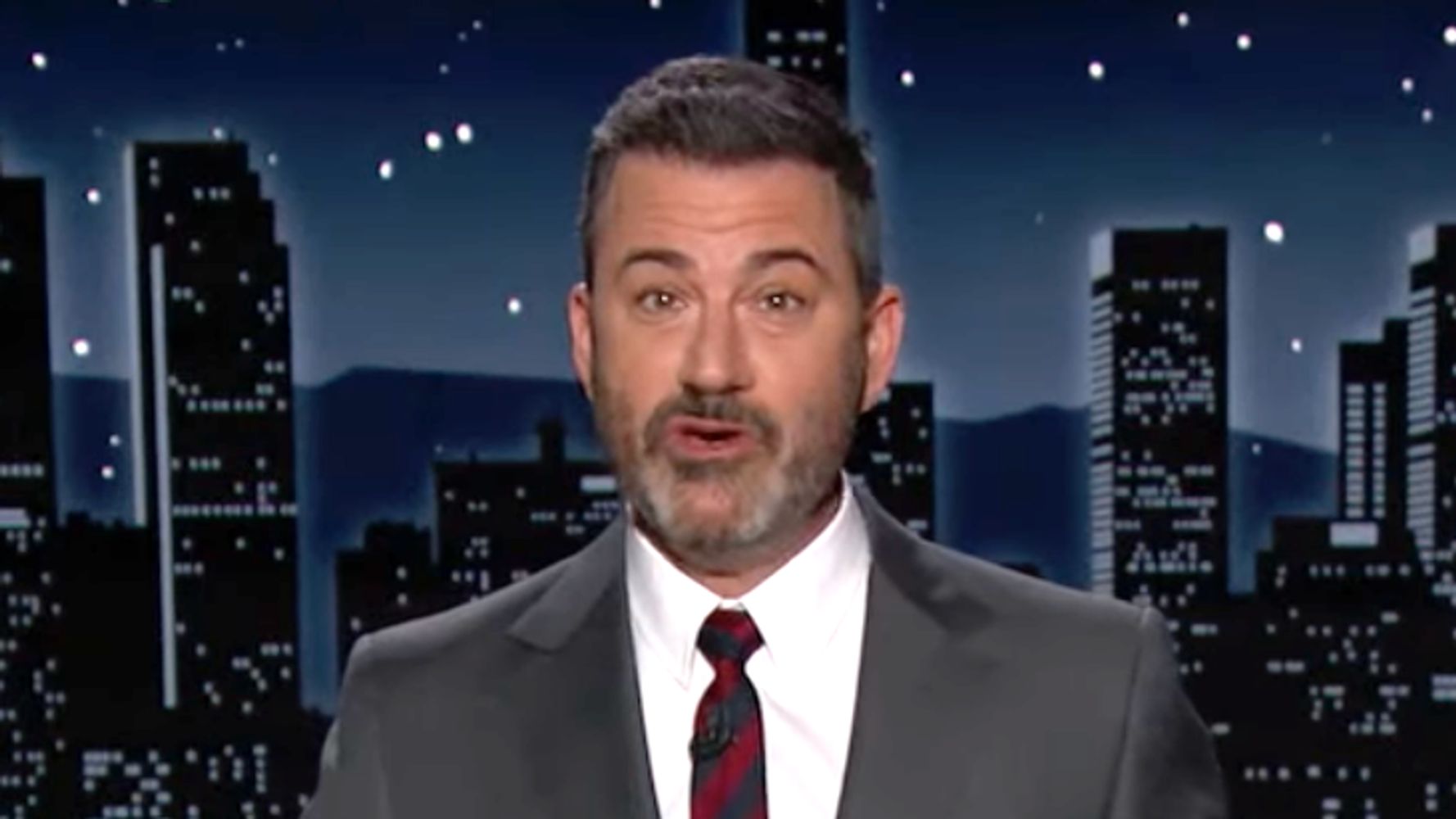 The comedian opened his monologue on “Jimmy Kimmel Live” on Thursday night with a lengthy roast of the extremist lawmaker, who announced Wednesday that she had reported Kimmel to the U.S. Capitol Police over a joke on his show that she claimed was a “threat of violence” against her.

On Tuesday, Kimmel mocked Greene for accusing three Republican senators of being “pro-pedophile” because they said they would vote to confirm Supreme Court nominee Ketanji Brown Jackson. “Wow, where is Will Smith when you really need him, huh?” Kimmel joked, referring to the actor who slapped comedian Chris Rock at the Oscars last month.

The two continued to trade blows Thursday on Twitter, with Greene accusing Kimmel of “inspiring fantasies of violence against me.”

“She called the police and reported this,” Kimmel said on his show Thursday evening.

“Not only did she call the police, she called the same police she voted against giving a Congressional Gold Medal to for defending our Capitol against the insurrection she helped incite on Jan. 6.”

“Not only don’t I condone death or any kind of threats against anyone ― especially as I get dozens of them a week myself from the sickos who align with you ― I also find it very rich that a person who did this in her campaign ad is suddenly whining about fantasies of violence,” Kimmel added, displaying a picture of the congresswoman holding a sniper rifle that she raffled off to supporters.

Greene, the same lawmaker who liked social media posts about executing prominent Democrats and fiercely defended violent rioters who stormed the U.S. Capitol on Jan. 6, 2021, is “dialing 911 because she got made fun of,” Kimmel said. “She’s a snowflake and sociopath at the same time. A snowciopath.”

Finally, Kimmel decided it was time to file a report of his own.

“Dear Batman,” he narrated as he penned a letter. “I’m writing about a woman who might be a supervillain.”

Watch the monologue below.