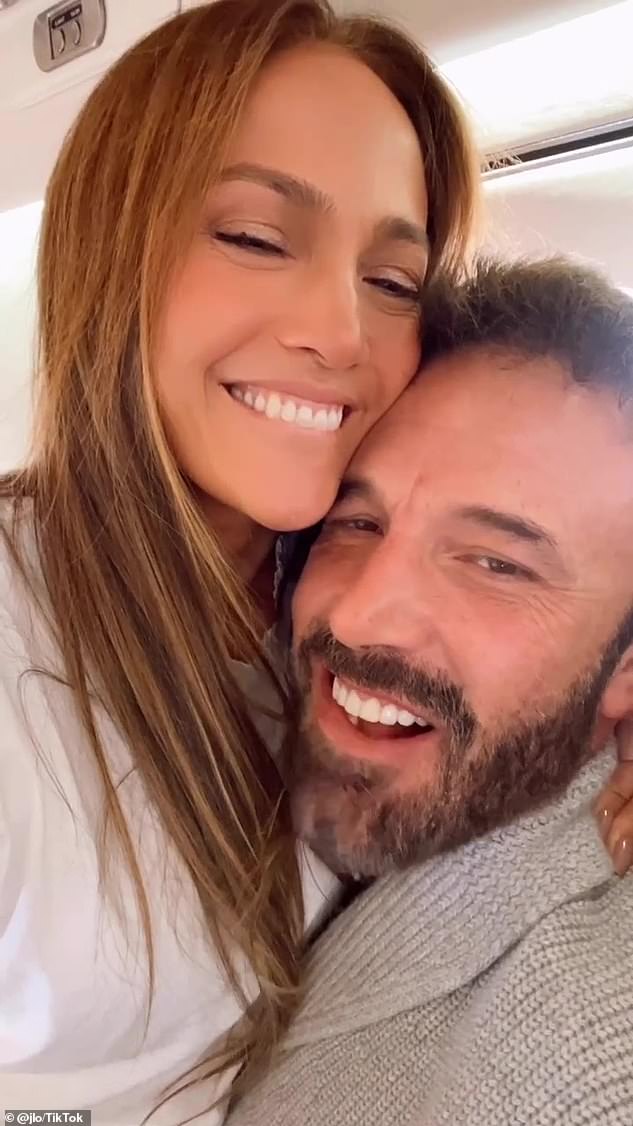 Bennifer go viral! Jennifer Lopez cuddles husband Ben Affleck in first TikTok together as she praises him for making her the ‘happiest’ she’s ever been

By Deirdre Simonds and Sonia Horon For Dailymail.Com

Jennifer Lopez lovingly praised Ben Affleck for making her the ‘happiest’ she’s ever been in the pair’s first TikTok video together on Sunday.

Ahead of their first Thanksgiving as husband and wife, the superstar, 53, shared an adorable recording of herself cozying up with the Oscar-winning actor, 50, while on a private plane.

The mother-of-two jumped onto the latest viral trend that features Pink’s hit, Try, playing in the background.

Grateful: Jennifer Lopez lovingly described her Ben Affleck as the ‘person that makes her the happiest’ in a sweet new video with her 226 million Instagram followers on Sunday

A child’s voice then can be heard saying: ‘Guys I did it. I found the person that makes me the happiest I have ever been.’

The happy couple could both be seen smiling at the camera as the Let’s Get Loud hitmaker wrapped one arm around her man’s neck while sporting a white t-shirt.

Affleck, who was chewing gum in the clip, wore a grey sweater. 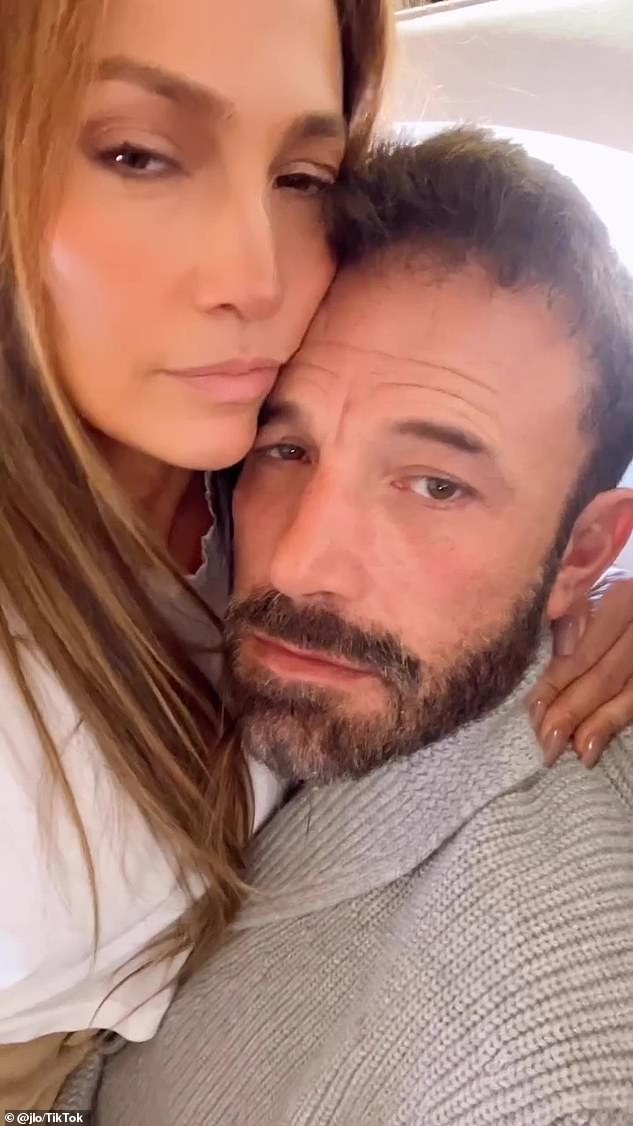 Holiday season: Ahead of their first Thanksgiving as husband and wife, the superstar, 53, shared an adorable recording of herself cozying up with the actor, 50, while on a private plane

Her latest post comes after describing her marriage to the Gone Girl star as ’empowering.’

The singer tied the knot with Affleck in Las Vegas back in July and the following month they enjoyed another lavish three-day wedding extravaganza at her new husband’s $8.9 million Georgia estate. 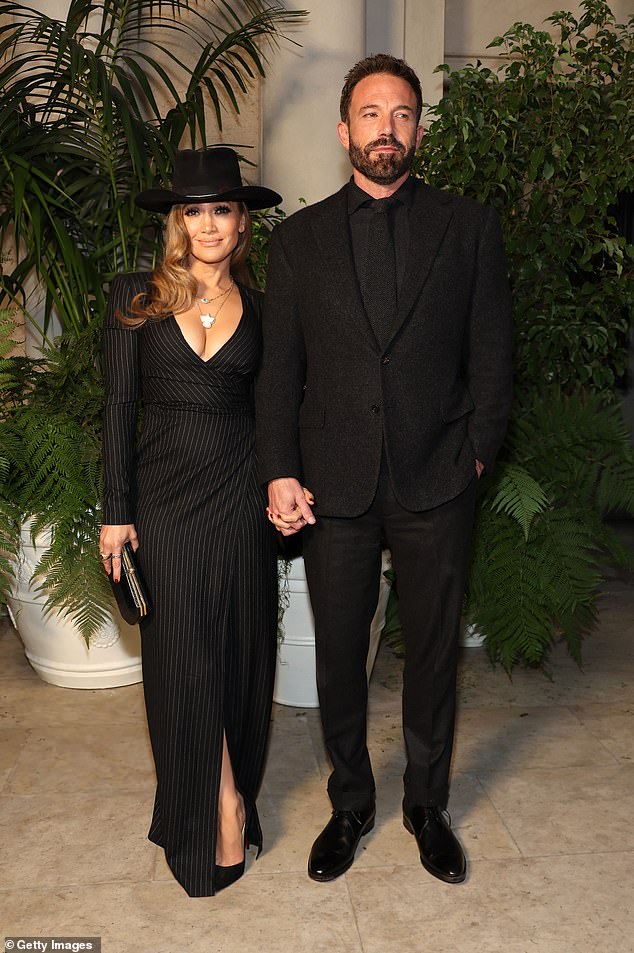 Modern woman: It comes after her recent profile in Vogue magazine, where she detailed her ’empowering’ marriage to Affleck and explained that she’s ‘proud’ to take on his last name; Pictured October 13

With their romance far from traditional, Lopez explained that their marriage is also a modern affair, revealing that she’s ‘proud’ to take on her husband’s last name and that she finds the move ’empowering.’

‘People are still going to call me Jennifer Lopez. But my legal name will be Mrs. Affleck because we’re joined together. We’re husband and wife. I’m proud of that,’ she explained.

‘I don’t think that’s a problem… It’s not traditional. It doesn’t have any romance to it. It feels like it’s a power move, you know what I mean? I’m very much in control of my own life and destiny and feel empowered as a woman and as a person.’