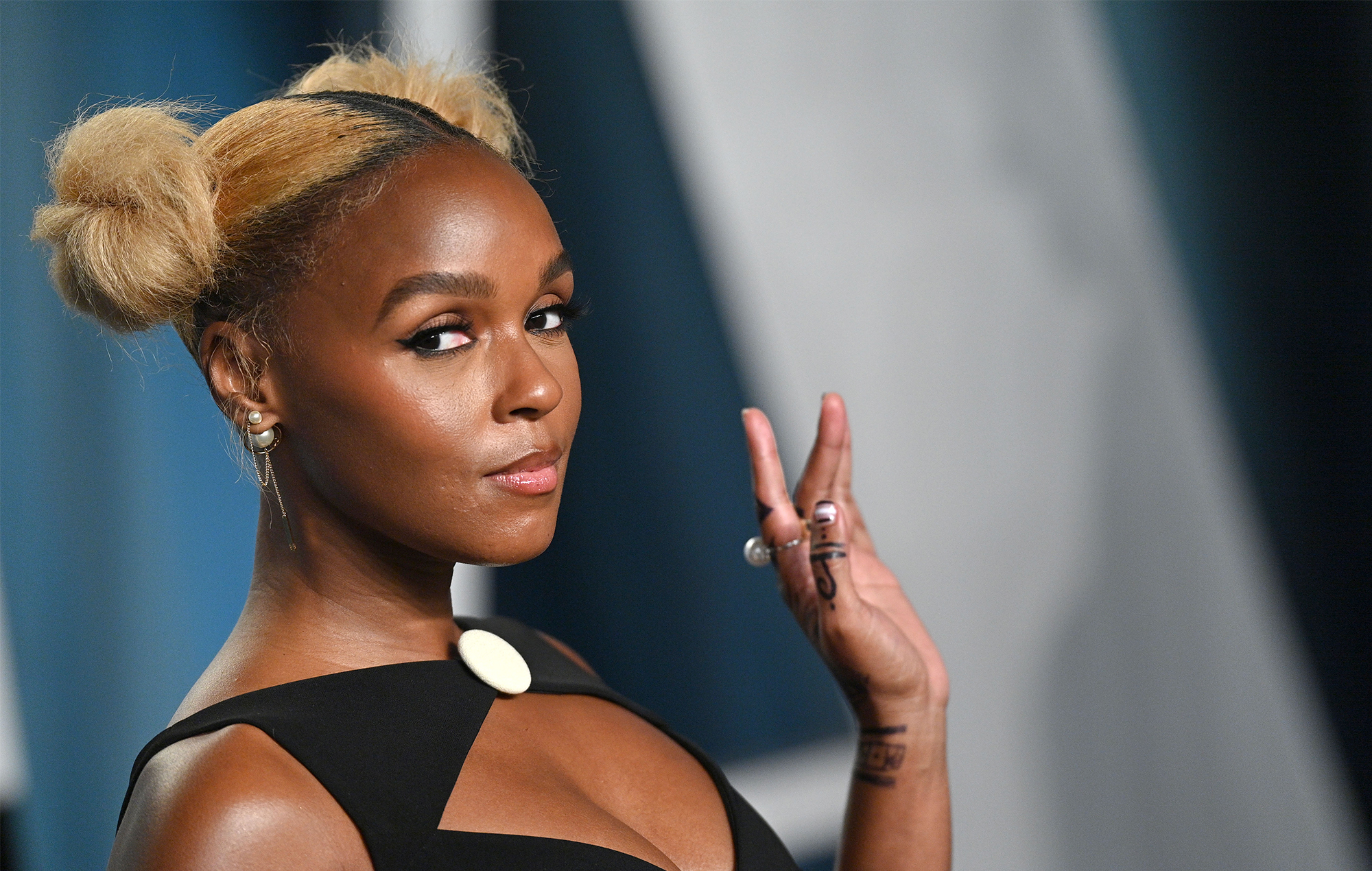 During their televised appearance at this year’s BET Awards, Janelle Monáe spoke out against the recent overturning of Roe v Wade, flipping off the US Supreme Court in the process.

In early May, leaked documents showed that the US Supreme Court voted privately to overturn Roe v. Wade, a 1973 case that made abortion legal on a federal level. That decision was officially ruled into place on Friday (June 24), meaning US states will be able to set their own laws regarding the legality of abortions.

As Politico reports, 23 states are expected to make abortion illegal – at the time of writing, five already have, and a further eight are in the process of finalising anti-abortion laws.

“Fuck you, Supreme Court,” Monáe said onstage at the BET Awards, where they presented Jazmine Sullivan with this year’s trophy for Best Female R&B/Pop Artist. Beginning their speech with a “special shoutout to Black women, to Black queer artists [and] to Black nonbinary artists”, they continued: “[We are] artists making art on our own terms, owning our truths and expressing ourselves freely and unapologetically in a world that tries to control and police our bodies … and our decisions.

“I know we’re celebrating us right now, as we should – we absolutely deserve to celebrate. Especially now, we must celebrate our art by protecting our rights and our truths.”

Sullivan then took to the stage to accept the award, echoing Monáe’s sentiment as she said in her own speech: “As always, I do this for the women – for my sisters, especially. It’s a hard time right now for us, and I want to speak directly to the men. We need y’all. We need y’all to stand up – stand up for us, stand up with us…

“If you’ve ever benefited from a woman making one of the toughest decisions of her life, which is to terminate a pregnancy, you need to be standing with us. This is not just a women’s issue, this is everybody’s issue, and we need your support more than ever. Okay fellas?”

This year’s BET Awards ceremony took place last night (June 26) and was simulcast on nine stations in the US, as well as three in the UK and additional BET stations in France and Africa. Taraji P. Henson hosted the event for the second year in a row, and also used her platform there to address the overturning of Roe v Wade.

Henson made her opening statements after Lizzo’s performance of ‘About Damn Time’, pointing out that on Saturday (June 25), Lizzo announced she’d be partnering with Live Nation – who are presenting her upcoming ‘Special’ tour – to donate $1million (£815,000) in funds to organisations offering safe access to abortions. “You damn right – it’s about damn time,” Henson said.

Over the past few days, hundreds of artists have spoken out against the official overturning of Roe v. Wade. Many did so during their sets at Glastonbury 2022, including IDLES, Billie Eilish, Lorde, Olivia Rodrigo, Jarvis Cocker, Phoebe Bridgers and Kendrick Lamar.

Meanwhile, during the London stop on the Hella Mega Tour, Green Day frontman Billie Joe Armstrong told the crowd he was “renouncing” his US citizenship over the ruling. During their recent show in Phoenix, Halsey encouraged fans to take a stance on reproductive rights, delivering a powerful speech about the need to be active during political turmoil.