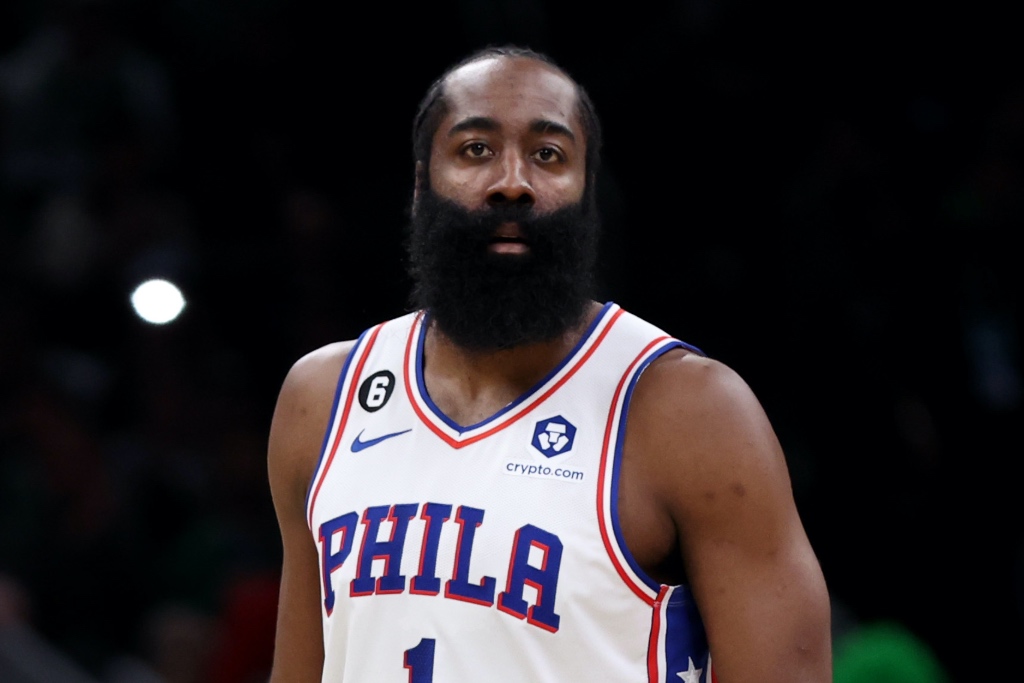 James Harden’s maximalist style is going viral yet again — this time, with a cozy twist.

On Tuesday, the Philadelphia 76ers point guard arrived for the first NBA regular season game against the Boston Celtics in Massachusetts, relaxedly strolling into the TD Garden’s tunnel in an outfit that was undeniably comfortable.

His ensemble featured a long-sleeved $1,100 violet Marni sweater. Paired with the brushed mohair piece, however, were unexpected pants: green, blue and white plaid drawstring joggers with cargo pockets, also crafted from mohair. The set made for an utterly comfortable outfit, given a streetwear pop of prints when paired with a leather Louis Vuitton weekender with orange and yellow paneled monograms, complete with pale tan trim.

“James Harden stars in, ‘The Pajama Game,’” the Celtics captioned a video of Harden walking on its Twitter account, which has already amassed over 1.5 million views.

The NBA player’s footwear also proves the power of the clog, which has risen as a go-to men’s shoe this year. Providing a relaxed alternative to sneakers, loafers and boots, slip-on styles frequently include rounded toes with flat soles for easy wear. Birkenstock has proven a key player within the trend, with its staple Boston clog becoming a must-have shoe; the style was also part of the brand’s viral Dior Men’s collaboration, and its limited-edition cobalt blue suede version — sold exclusively with Nordstrom — also quickly sold out this summer.

Harden is renowned for his vibrant and eclectic sense of style, wearing colorful and textured ensembles by Comme des Garcons, Dries Van Noten and Marni. His footwear also commonly features colorful lace-up Adidas sneakers, as well as low-top styles by Chanel. Harden has become one to watch in the fashion world, attending Fashion Week shows for Vuitton and Balenciaga over the years. The athlete also made waves with his partnership with Adidas, where he signed a $200 million contract across 13 years in 2015.

PHOTOS: Discover Harden and more stars at the 2022 MLB Players Party in the gallery.