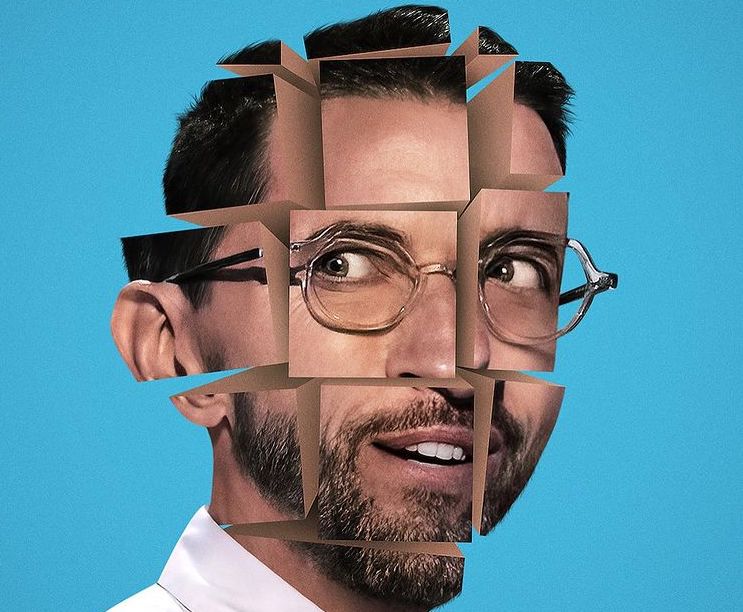 Back in fall 2020, comedian Neal Brennan posted to Instagram about how he got to perform prior to a December 2019 James Blake show in Los Angeles. Blake and Brennan are actually big fans of each other: the following October, Blake returned the favor by performing at a socially distanced Brennan show where the guys sang “Nobody’s Mad At You” together. More recently, Blake wrote the accompanying music for Brennan’s Netflix comedy special Blocks, which is currently streaming. The track Blake wrote is called “When You Put It Like That.”

“It’s a privilege to make the music for the hilarious, deeply personal, observational masterpiece that is the new @nealbrennan Netflix special ‘Blocks’!!,” Blake wrote in a lengthy Instagram post today.
Here’s the rest of his tribute:

When Neal sent me the early script for it and asked if I’d write some accompanying music, I was so moved by it that I went straight into my studio, pulled up an instrumental that @dom_maker and @joshinfilm had sent me and wrote and recorded ‘Say What You Will’ in under an hour.

In hindsight we agreed that song wouldn’t have worked for this anyway but thankyou Neal for inspiring that and for working with me to find something that did work for Blocks.

The song we ended up with is called ‘when you put it like that’
Swipe to listen to a clip!

A lot of you probably know I’m a long time @nealbrennan fan. I love him as a friend and a comic but also what his work represents.

It’s very rare in comedy or music that somebody investigates and pursues their own mental health so candidly and hilariously as Neal does. It’s a commonly held and dangerous myth that humor and creativity are tied to being broken, and as a result a lot of us just carry on hurting ourselves and others thinking that in balance it’s ultimately best for the art. Neal proved yet again that actively pursuing mental wellbeing makes you sharper, funnier, and more relatable.

Listen to a snippet of “When You Put It Like That” below.