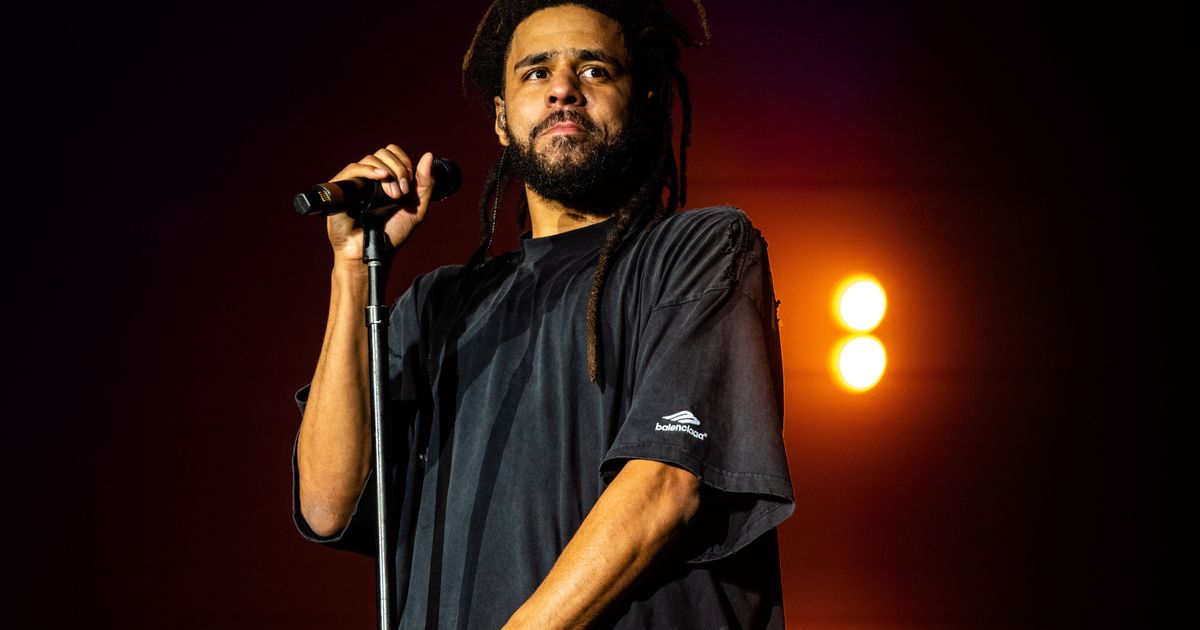 The Dreamville Records founder is the official cover athlete of the NBA 2K23 “Dreamer Edition,” 2K Sports announced on Thursday.

“NBA 2K has long been a place to discover new musical talent through their game and continues to be a gold standard for showcasing all things basketball culture,” J. Cole said in a statement.

The Grammy winner celebrated the achievement with a post on Twitter, writing: “This shit crazy,” alongside the game’s cover, featuring him seated on a floating basketball court in the sky surrounded by clouds.

NBA 2K23 is honoring the intersection of music and basketball culture with their all-new MyCareer experience on Next Gen, which includes the “largest and most involved storyline in the franchise’s history,” according to a press release.

“It’s been an amazing journey to not only appear on a cover of this year’s game but to be part of the MyCareer storyline, soundtrack and bring the Dreamer brand into NBA 2K,” J. Cole said.

“The Off-Season” rapper went on to tease that “there’s more to come” and fans should “watch out for all things Dreamville and Dreamer brand drops.”

The multi-platinum hip-hop artist has also been tapped by 2K Games to be the executive producer for the video game′s soundtrack this year.

The collection of music will launch with tunes from top artists, including Drake, Megan Thee Stallion, Lil Baby, Jack Harlow and more, plus the stars of Dreamville, with three new tracks dropping every Friday.

He also formerly played in the Basketball Africa League with the Rwanda-based Patriots Basketball Club, making him the first rapper to land a cover with Slam magazine last year in May.

The highly-anticipated NBA 2K23’s “Dreamer Edition” will be released on Sept. 9 on PlayStation 5 and Xbox Series X|S platforms at GameStop in the U.S. and Canada this fall.

Watch the game trailer below.