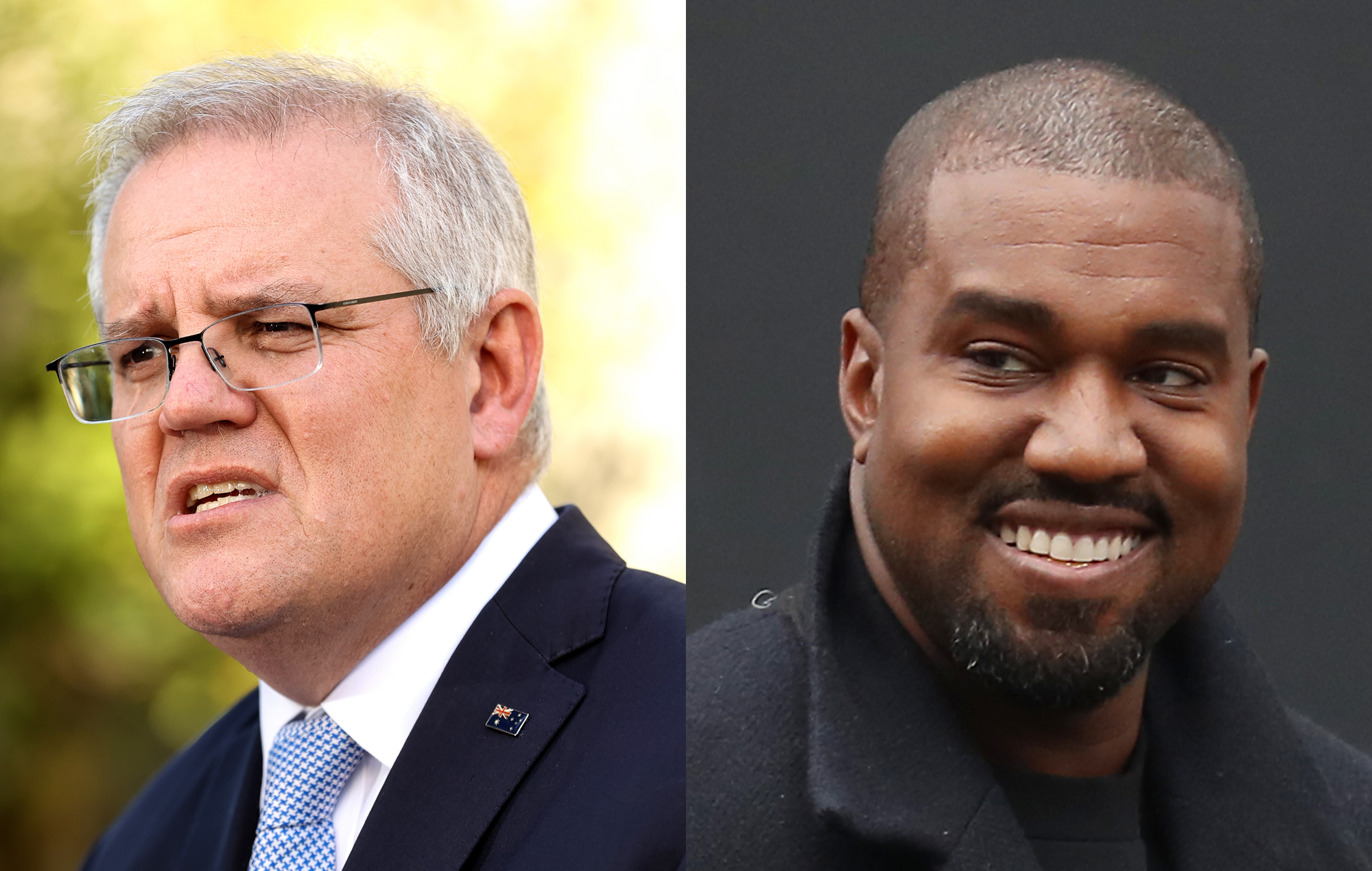 A day after a report emerged that Kanye West is planning to perform in Australia in March, its Prime Minister Scott Morrison has warned the rapper that he must be fully vaccinated against the coronavirus to enter the country.

“The rules are you have to be fully vaccinated, they’re the rules,” Morrison said during a visit to Queensland on Saturday (January 29), the Sydney Morning Herald reported.

“They apply to everybody as people have seen. It doesn’t matter who you are, they’re the rules. Follow the rules [and] you can come, if you don’t follow the rules you can’t.”

The Herald reported yesterday that West’s team had approached the Australian Football League (AFL) for permission to perform at Melbourne’s Marvel Stadium, which the AFL owns, on March 21.

Sources told the Herald that West’s team had asked if an opening fixture between the St Kilda and Collingwood AFL teams, scheduled for March 18, could be moved to another venue to allow West’s tour to bump in.

The AFL reportedly declined to shift the match, and West is said to be performing at Marvel Stadium before the AFL begins, “most likely” the weekend beginning March 12, according to the Herald. When approached by NME, the AFL declined comment. Representatives for West and TEG, the promoter that is reportedly behind the tour, did not respond to requests for comment.

It is unclear if West – who is legally known as Ye – is fully vaccinated, which is a requirement for travellers to enter Australia. In 2020, the rapper revealed that he had contracted the coronavirus that February, giving an interview to Forbes in which he called vaccines “the mark of the beast”.

“It’s so many of our children that are being vaccinated and paralyzed,” he had claimed. “So when they say the way we’re going to fix COVID is with a vaccine, I’m extremely cautious. That’s the mark of the beast. They want to put chips inside of us, they want to do all kinds of things, to make it where we can’t cross the gates of heaven.”

In November 2021, Ye said that he was not fully vaccinated, revealing on Drink Champs that he had only gotten one jab instead of the requisite two. “I only got one of the shots, so I’m half-ccinated,” he quipped at the time.

However, Victorian Health Minister Martin Foley said though he “[doesn’t], frankly, know Mr West’s vaccination status”, he had been advised “that apparently Mr West claims to be vaccinated”.

Whether West will be granted a visa to Australia is a decision for Immigration Minister Alex Hawke, who would consider that “application like he does for other visa applications,” Trade and Tourism Minister Dan Tehan said.

“I can assure everyone, all Australians, that it will be looked at in a diligent manner and like all of these applications, the applicant would have to adhere to Australian rules and application protocols for that to be approved,” Tehan said.

“The Minister for Immigration will make a decision on this like he does on all visas and it will be very much done with the proper diligence and a decision taken which shows that he needs to apply in accordance to the rules, as it is for everyone. But I wouldn’t like to say anything more on this that in any way might prejudice his decision.”