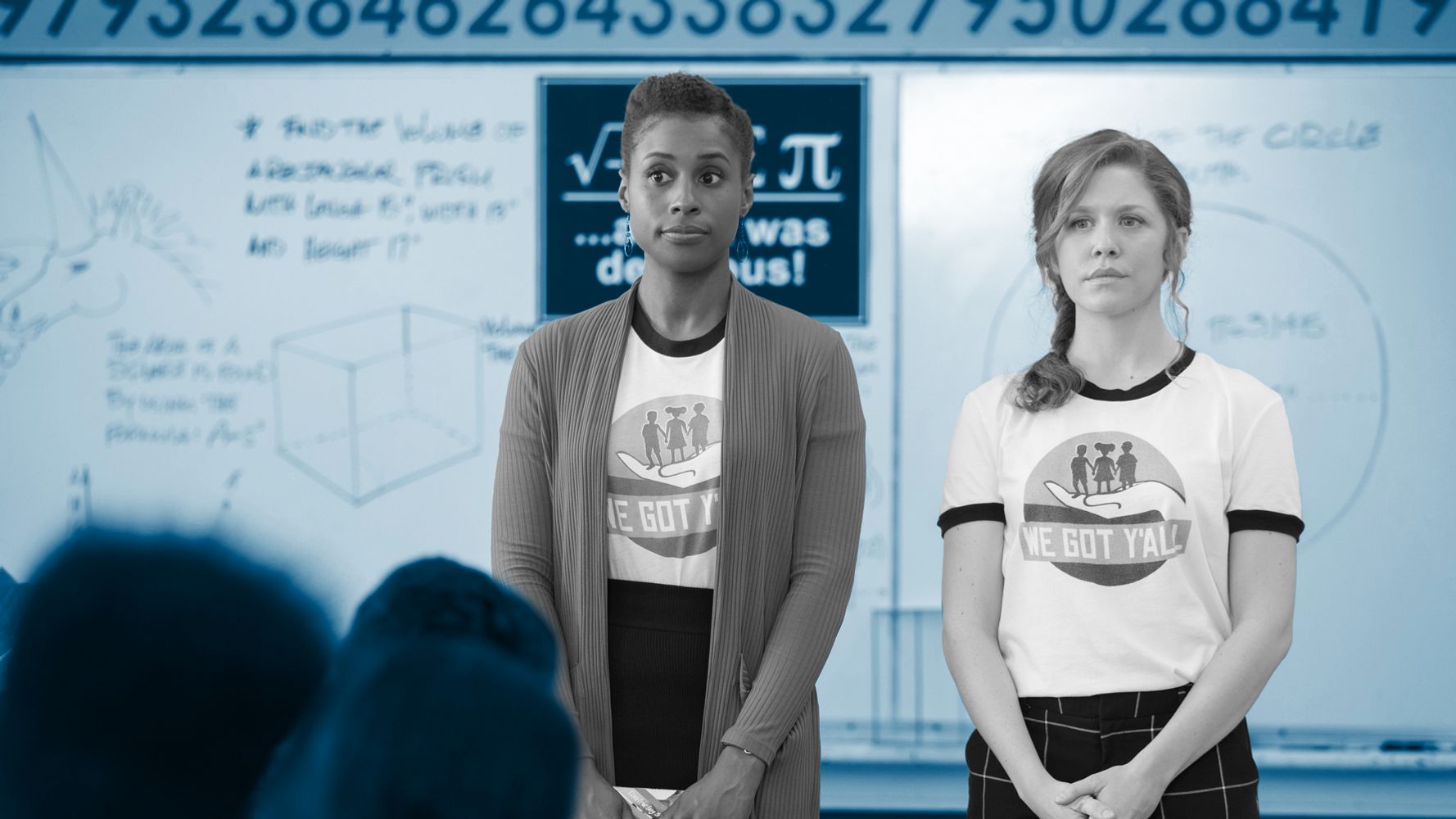 As soon as she read the pilot script for HBO’s “Insecure,” Lisa Joyce sensed she had something special on her hands, even if the part she was auditioning for seemed relatively unassuming: Frieda, the well-intentioned but sometimes oblivious co-worker of protagonist Issa.

“I love my reps, but they were like, ‘You sure about this part?’ I was like, ‘Yeah, I think this is gonna be really good,’” Joyce recalled in a recent phone interview. “I’m just so glad I trusted myself.”

At the time, Joyce was mostly a theater actor in New York, with a few recurring TV roles under her belt, including on HBO’s “Boardwalk Empire.” “Insecure,” which premiered in 2016 and is now wrapping up its fifth and final season, was a big turning point for her: the first time she was a series regular on a show. From the start, she loved the show’s sharp writing and creator and star Issa Rae’s singular vision and point of view. Joyce remembers that her audition scene was from the pilot episode, in which Issa and Frieda, who work at We Got Y’All, an education nonprofit that organizes after-school programs, are presenting at a meeting. While Frieda is talking, Issa zones out. Suddenly, Frieda is embodying Issa’s subconscious, becoming the voice of her inner thoughts and doubts.

“Frieda has this monologue about how highly educated Black women are less likely to get married, and it’s all in Issa’s head. Just from reading that, I was like, ‘There’s nothing else like this right now,’” Joyce said. “It’s so smart, so funny. It’s honest.”

She was also pleasantly surprised that the show became critically acclaimed and celebrated from the start. “A lot of really smart, wonderful things people don’t get right away,” she said. “But I feel like with ‘Insecure,’ that wasn’t the case. People knew, like, really early on how special it was.”

Joyce has a lot of fond memories of filming the show, like shooting scenes on location with the We Got Y’All students. Most of the character of Frieda was on the page, but Joyce got to work with costume designer Ayanna James Kimani in shaping Frieda’s look and “oddball outfits.”

“I saw her as this oddball with great intentions, sometimes. But in general she’s out of touch, and so I thought we could show that with her clothes, as well as her behavior,” Joyce said. “So, like, I have curly hair, and I was like, ‘All right, let’s just let it be big, like the biggest, least put-together version.’”

The contrast between Frieda’s and Issa’s wildly different ideas of style “made it even funnier when she and Issa would wear the same blazer, or wear the same shirt or something,” Joyce said, “because it’s very clear that Issa does care about fashion, but Frieda is kind of in her own world about it.”

In Season 2, Issa and Frieda launch an after-school program at a school where the vice principal, Mr. Gaines, helps them reach more Black students — but he excludes and makes racist remarks about Latinx students. The situation tests both Issa and Frieda in different ways. Joyce remembers appreciating how the writing in the episode accurately captured “how it’s kind of an impossible situation for everyone.”

“I actually heard, I think it was from a fan online, that they watched that scene in college to talk about how to confront racism and the different approaches,” Joyce said. “I just thought that was really incredible that it’s being used that way.”

Halfway through the show’s third season, which aired in 2018, Issa quits her job at We Got Y’All, bringing Frieda and the other We Got Y’All staff members’ storylines to an end. Shortly after Joyce’s run on the show concluded, she was diagnosed with leukemia. Thankfully, she says, she is in remission now and is slowly getting back into acting. She also started writing a book about dealing with her diagnosis and treatment against the backdrop of the COVID-19 pandemic.

“I was going through this really isolating event while the world was also isolated, the double layers of that: the personal and the global,” she said.

As she writes, Joyce is “leaning into the specifics” of her particular experience — inspired in part by watching Rae build “Insecure.”

“Just trusting the specifics of one’s experience like that can be enough. You don’t have to emulate what other people did, the more specific you can be about what your life is, which is another lesson from Issa,” she said. “She was very specifically like: ‘This is about this place in L.A., these people, this time. I’m not trying to speak for all Black women or all Black people. I’m not trying to speak with platitudes about any of it. This is just really specific to my life and my experience.’”

In looking for new projects, “Insecure set the bar pretty high,” Joyce said. “Of course, I want to find myself on another show or just collaborating with really smart, fun people. But they don’t come along every day, these shows.”