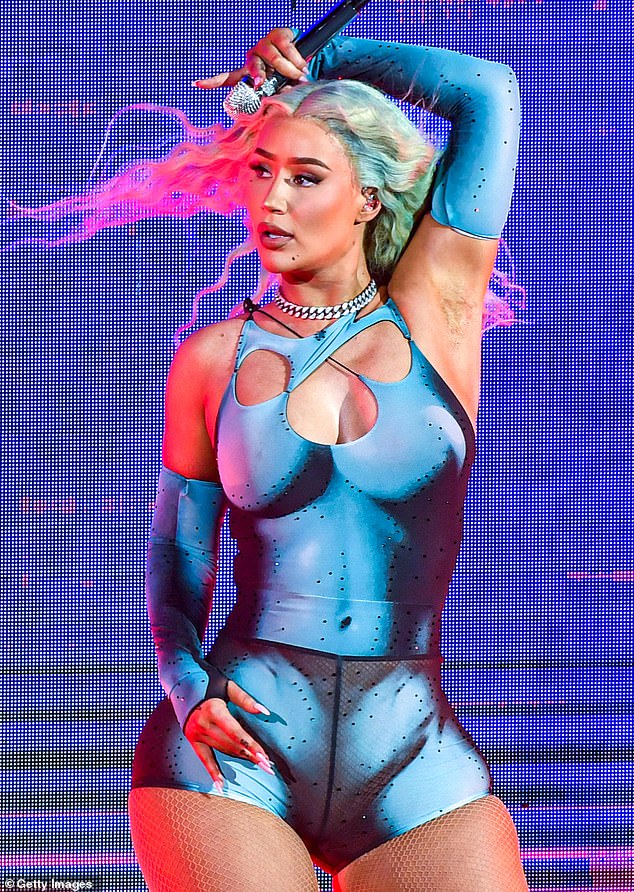 Iggy Azalea couldn’t walk for three weeks after what was meant to be ‘mundane’ back surgery.

The rapper, 32, tweeted about her ongoing recovery on Monday, saying she was left in agony after what was supposed to be a routine procedure and that she can now only do ‘lil’ workouts that are ‘sad.’

Azalea said: ‘Wanna hear a crazy story? I was supposed to travel to Australia and film a movie but right before I left I had what I thought would be a rather mundane surgery on my back to fix the issues I had after touring two summers in a row on an injury… .

After falling on stage earlier this year: Iggy Azalea couldn’t walk for three weeks after what was meant to be ‘mundane’ back surgery – pictured onstage at Pine Knob Music Theatre on August 31, 2022 in Clarkston, Michigan

‘It didn’t end up being very mundane because I had complications with my recovery and ended up in bed hooked up to a million machines and in so much pain there are about 3 days I actually just can’t remember at all.

‘I didn’t walk except to use the bathroom (a whole other ordeal lol) for 3 weeks and you’d be shocked to know how weak you can get when you don’t actually move. It happens really fast.

‘A week ago I was cleared to get up and start moving again. I’ve been seeing someone daily at the house and we do lil workouts (they are so sad y’all lol) ‘I’ve been getting back strong. I will recover 100 per cent. My goal is to be in good health by Christmas,’ said Azalea. 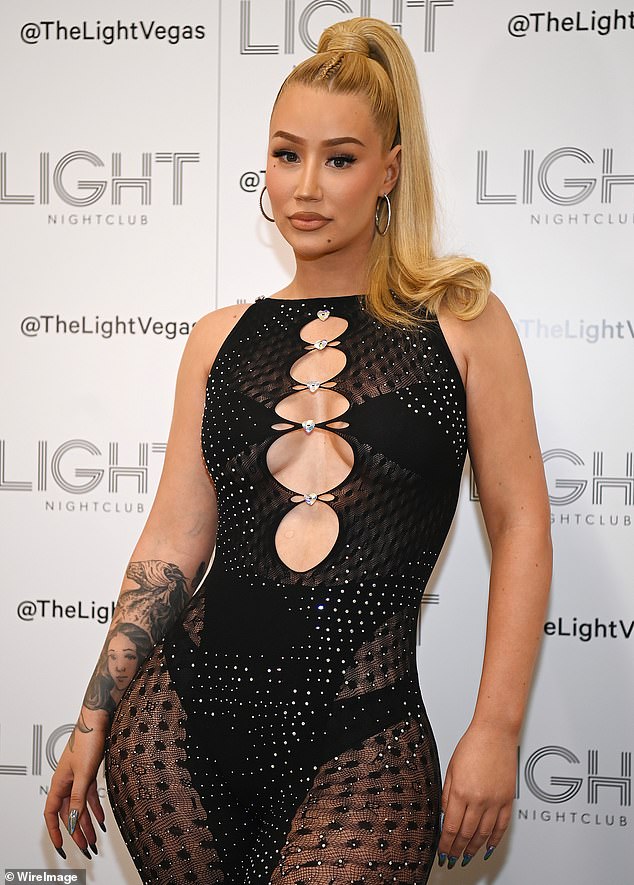 Road to recovery: The rapper, 32, tweeted about her ongoing recovery in a string of posts on Monday, saying she was left in agony after what was supposed to be a routine procedure (pictured February)

The singer, who has two-year-old son Onyx with her ex Playboi Carti, added the experience was ‘very mentally challenging’ as she was ‘suddenly’ unable to ‘anything’ for herself and had ‘no answers’ about when she would recover.

She added, ‘That was the hardest part but all the Drs have been so happy with how quickly I’m getting better now that I’m back moving and walking.

‘Obviously I won’t be in any movie. Missed that opportunity (damn it!) But I’m just thankful to be seeing the light at the end of the tunnel now.

‘I think I’m gonna seriously get into my fitness after this. I value my body in a whole new way after this experience.’

She said she still cannot fly and told fans, ‘Stay healthy everyone and pay attention to what your body is telling you! I’ll let you know how it’s all going in a few more weeks.’

Iggy then replied to fan comments saying her recovery has already been five weeks, and she has fought from only being able to stand for three minutes to half-an-hour but is determined to recover ‘100 per cent’. 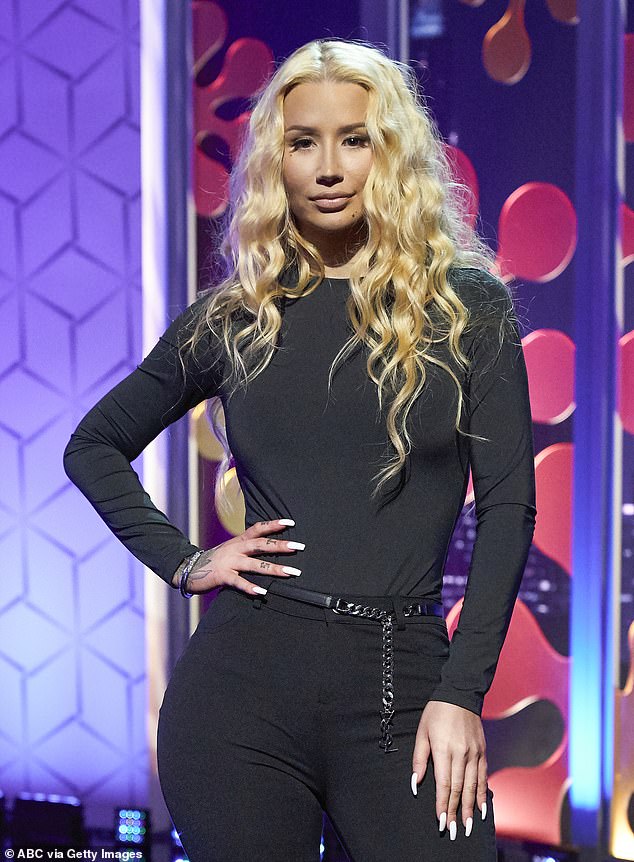 Unexpected injury:  The singer, who has two-year-old son Onyx with her ex Playboi Carti, added the experience was ‘very mentally challenging’ as she was ‘suddenly’ unable to ‘anything’ for herself – pictured on The Celebrity dating game in June