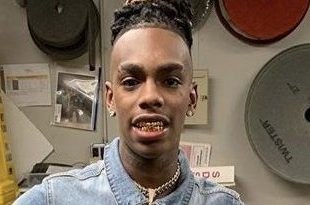 In a new series on Instagram posts, YNW Melly appeared to plead for help and accuse authorities of mistreatment.

YNW Melly: ‘I Have Been Threatened By Deputies, Lieutenants, & Sergeants’

The uploads came on Monday afternoon. Beneath two separate photos of different mugshots, Melly spoke on some of the experiences he’s allegedly facing while in custody.

He started off by alleging that authorities are keeping him totally isolated in a “vacant unit.”

“As of this moment today I am officially in fear of my life. A new Captain named Hubert and XO Jenkins have taken over the jail for two weeks now and have handed out even harsher punishments for me then the previous ones in place. Since December 1 I have been moved and housed on a unit that holds 24 inmates at once. I am the only inmate being housed on the vacant unit, with no phone privilege, no television and no access to a newspaper.”

Melly went on to say that he’s “being subjected to cruel and unusual punishment.” Additionally, he accused specific officers of threatening him while in custody.

“I am being subjected to cruel and unusual treatment at the hands of deputies and high-ranking staff of the Broward Sheriffs Office. I have been threatened by Deputies, Lieutenants and Sergeants that say ‘they will hide me from the world’ and threaten to ‘beat my a** everyday and if I tell my lawyers they will lie and say I hit them first.’ Words from Sergeant Anthony Kidd and Lieutenant Jean Baptiste.”

During his statement, YNW Melly straight up said that he’s “housed and surrounded in the care of power struck deputies and captains of high authority” who outwardly dislike him.

He wrapped up by alleging, “I am not safe in the hands of these people…I can not do another day here.” He also asked to “get moved to another county jail” as he awaits his day in court.

“I am not safe in the hands of these people especially if the highest in command in the jail “doesn’t like me”. I am in fear of my life. My family is in fear of my life. I can not do another day here. Someone please help me get moved to another county jail until my trial. PLEASE!”

Melly Is Awaiting A Double-Murder Trial

YNW Melly’s update from behind bars comes as he continues to await his day in court. He specifically has a double-murder trial coming up, as he’s accused of killing Anthony “YNW Sakchaser” Williams and Christopher “YNW Juvy” Thomas Jr., two longtime friends of his.

As The Shade Room previously reported, Melly was previously facing a potential death penalty, though this was taken off the table on account of a technicality. While he won’t have to worry about the death penalty, YNW Melly is still facing life imprisonment.

We should also add that, back in September, Melly and his cellmate were accused of plotting an escape. Surprisingly, one of his attorneys was accused of being in on the alleged plan.

What are your thoughts on YNW Melly’s Instagram posts?