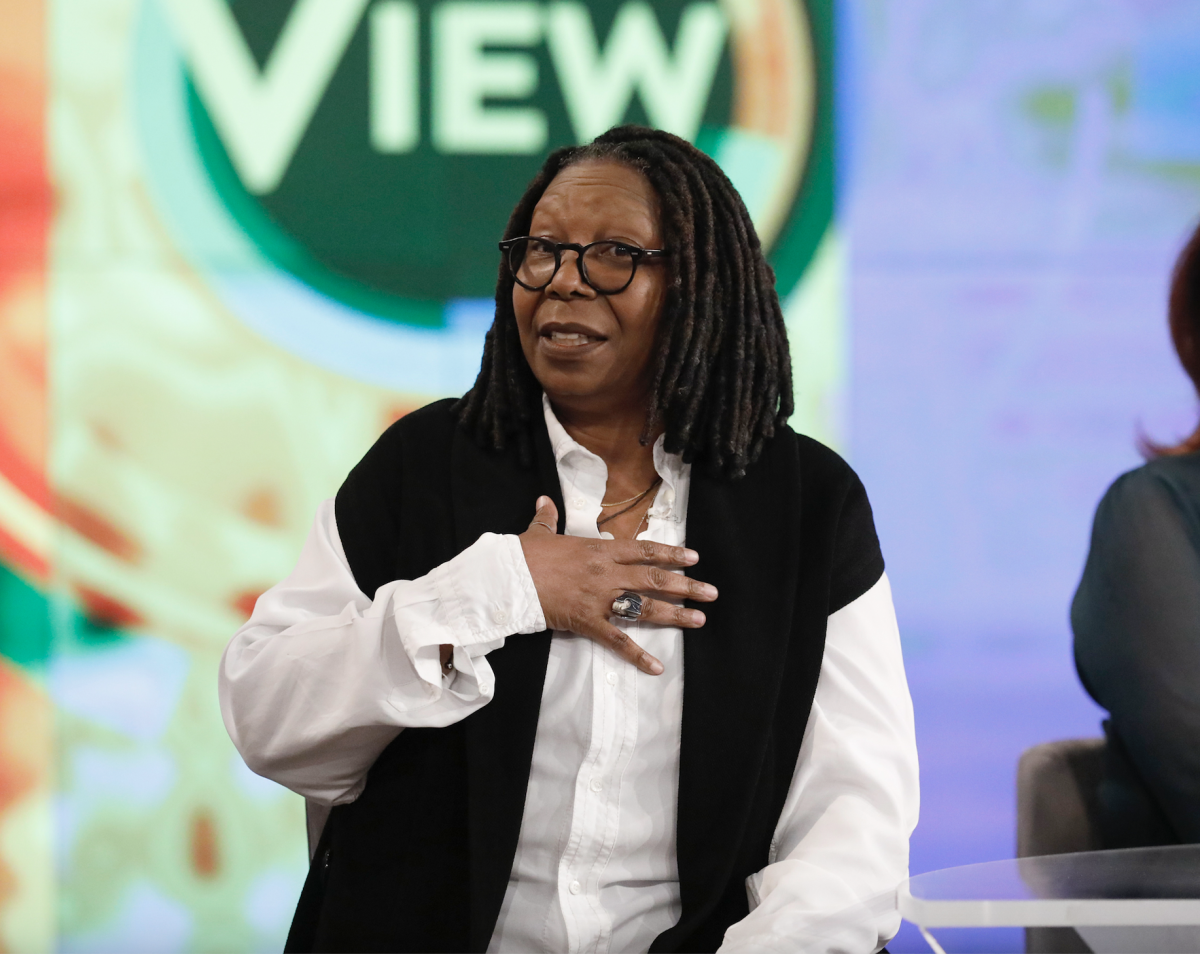 Whoopi Goldberg‘s suspension from The View didn’t become a hot topic on Wednesday.

In the first show since she was given a two-week timeout from the show over comments she made about the Holocaust, her absence was just briefly mentioned at the top of the show.

“Good morning and welcome to The View,” co-host Joy Behar, subbing at moderator, said when the ABC talk show kicked off. “You all saw the news: Whoopi will be back here in two weeks.”

Behar then paused, nodded her head, and then continued on, “Ok…” announcing the show’s guest co-host for the day, Tara Setmayer. They then immediately launched into “Hot Topics,” none of which related to their own hot topic.

The controversy stems from Goldberg repeatedly saying during Monday’s show that the Holocaust was not about race. The co-hosts had been discussing a Tennessee school board’s ban of Maus, a nonfiction graphic novel about cartoonist Art Spiegelman’s father’s experience surviving the Holocaust.

“Let’s be truthful about it because [the] Holocaust isn’t about race,” Goldberg said. “It’s not about race. It’s about man’s inhumanity to man.”

When Goldberg’s co-hosts challenged that — including Ana Navarro saying that the Holocaust was “about white supremacy” — Goldberg said, “But these are two white groups of people… This is white people doing it to white people, so y’all going to fight amongst yourselves.”

Goldberg’s comments, at a time of rising antisemitism, were widely criticized, including by Anti-Defamation League CEO Jonathan Greenblatt and the Holocaust Museum. During World War II, approximately six million Jews — about a third of the world’s Jewish population at the time — were killed by the Nazi regime and its allies and collaborators who believed the Jews were a weak, dangerous and inferior race.

Goldberg apologized on Monday on social media and said on a guest appearance on The Late Show with Stephen Colbert that her words “upset a lot of people, which was never, ever, ever my intention.” On Tuesday, she apologized again on the show and had Greenblatt as a guest to discuss it. However, Goldberg — who has said in the past that she does not practice any religion, but identifies as Jewish (adopting her stage name, after being born Caryn Johnson, because of that) — was suspended on Tuesday night.

“Effective immediately, I am suspending Whoopi Goldberg for two weeks for her wrong and hurtful comments,” Kim Godwin, president at ABC News, said in a statement. “While Whoopi has apologized, I’ve asked her to take time to reflect and learn about the impact of her comments. The entire ABC News organization stands in solidarity with our Jewish colleagues, friends, family and communities.”

Viewers of Wednesday’s show were surprised that the suspension of the long-time moderator only got a brief mention. “That’s it?” one person asked. Another said they “expected more.” More than one said the show swept it under the rug.