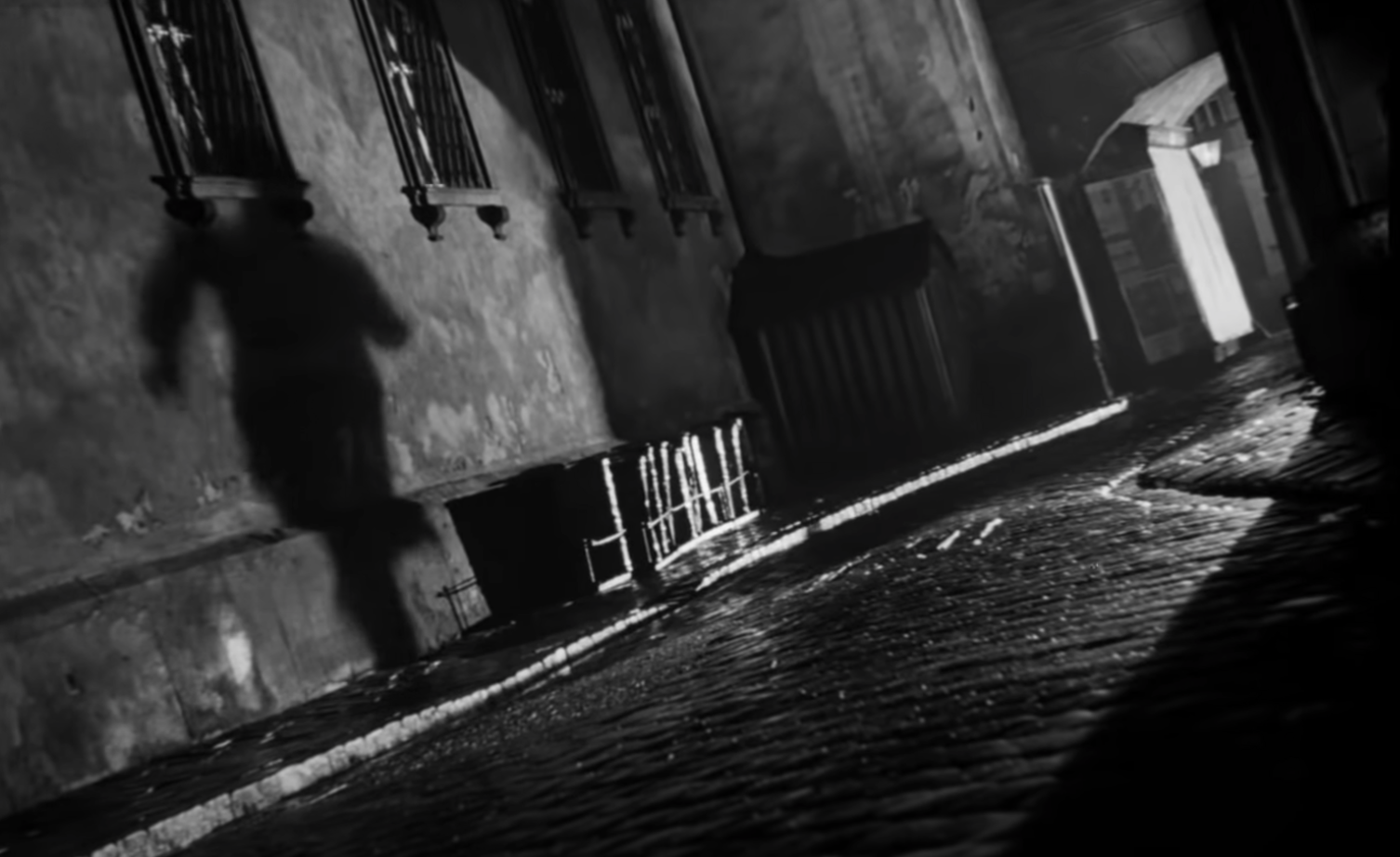 Expressionism was an art movement that set out to take the internal—emotions, the human condition itself—and make it external, with paintings that made no attempt to recreate reality. It was a break with the classical schools of art that had come before. It was modern, very modern, very colorful, and exciting as hell. And it was soon to run headlong into that most modern of art forms, filmmaking, in the 1920s.

In the above mini-doc on the Dutch Angle, that canted framing so beloved of film noir, and apparently every shot in the first Thor movie, Vox traces its roots back to Expressionism, and particularly back to Germany of the 1910s where schools like Die Brücke and Der Blaue Reiter were assaulting realism with brutal paintings. They sensed something was changing in the subconscious of people and in the country itself. And the movie The Cabinet of Dr. Caligari was the culmination of that horrific vibe.

Three expressionist painters, Hermann Warm, Walter Reimann, and Walter Rohrig designed the crooked, bizarre, and nightmarish sets for that film. They look like the paintings of Ernst Ludwig Kirchner or Fritz Bleyl, but denuded of color. Expressionism had entered film. (Warm, Reimann, and Rohring had worked on, and continued to work as set designers/art directors for many films at that time, but most are lost or destroyed.) Germany being cut off from the Hollywood film industry at the time had led to this strange new direction, but once Hitler rose to power, many artists came to Hollywood, and expressionist techniques infected Hollywood.

The Dutch Angle (really, the Deutsche Angle, before being German became problematic) was a way of turning vertical and horizontal lines in a scene into diagonals. They suggest something had gone wrong, that reality has been knocked off its axis. It became part of the vocabulary of film noir, which was also filled with expressionistic lighting, high contrast black and white, light and shadows.

Those direct emotional parallels have been leached from the Dutch angle from its overuse. It’s been used in many a film as a way to jazz up a scene, or sometimes just as a way to get several elements into a tight frame. It’s ubiquity in music videos and commercials has made it almost invisible.

But when the Dutch angle is used the right way by talented directors, from Hitchcock to Spike Lee and Quentin Tarantino, the effect still works. The angle makes a shot stand out, it can jar us, it can show interior confusion and moral mayhem. And when that happens it can take us back to the Expressionist’s original goal. It can reveal our inner truths, and remind us of the times when we have felt off center, when the world was not on the level.

10 Great German Expressionist Films: From Nosferatu to The Cabinet of Dr. Caligari

From Caligari to Hitler: A Look at How Cinema Laid the Foundation for Tyranny in Weimar Germany

Ted Mills is a freelance writer on the arts who currently hosts the Notes from the Shed podcast and is the producer of KCRW’s Curious Coast. You can also follow him on Twitter at @tedmills, and/or watch his films here.