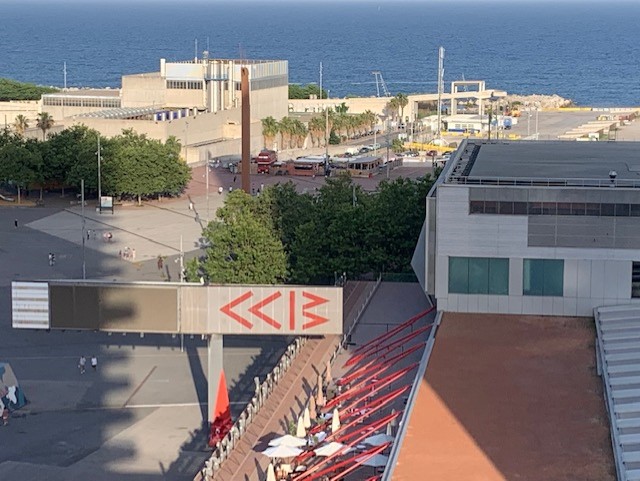 The CineEurope conference kicks off here in Barcelona on Monday with distribution and exhibition expected to be in fine spirits, coming off a series of mega-drivers in the first part of the year and heading into a lucrative second half. There’s reason for backslapping and high-fiving, but there are also concerns that all sides need to continue to work together for the ongoing good of the business.

The annual gathering of European theater owners and Hollywood studios is happening in its usual slot for the first time since the beginning of the pandemic, and comes as international box office (excluding China) is about 166% up on 2021 as of June 11 at $6.06B, according to Gower Street Analytics. Also as of June 11, global box office (including China) was estimated at $11.7B which is 62% above last year’s same period and 37% behind the average of 2017-2019.

The first part of 2022 has seen such blowouts as Warner Bros/DC’s The Batman, Disney/Marvel’s Doctor Strange In The Multiverse Of Madness, Paramount/Skydance’s Top Gun: Maverick and Universal/Amblin Entertainment’s Jurassic World Dominion. Each of those has exceeded $600M worldwide, with Maverick and JWD still in the early stages. Lightyear, to be fair, had a rocky start — let’s see how that plays out.

While there is clear demand, the industry can’t live on blockbusters alone. That’s one of the key issues on execs’ minds today, along with the relationship between exhibition and distribution, and boosting the reach of premium format opportunities.

Both exhibs and distribs agree that mid-size movies, and even bigger movies that are not based on existing IP, need to exist within the ecosystem in order for it to thrive.

To be sure, that was already seen prior to the pandemic, but we’re hearing that there is more concern over lower turnouts for mid-level and original pics as some pockets of the audience are still reticent to return (think older females). This is not sustainable, we are often told. If those movies stop being made, it becomes a downward cycle.

How to remedy this? In part, it’s about maintaining the cozy relationship exhibition and distribution built up during the pandemic. Once somewhat uncomfortable bedfellows, cinema circuits and studios found a new way to collaborate in the past few years — sharing ideas and data and working together to maximize box office and get the market back on a healthy footing. Although there was experimentation with windows that sometimes did not sit well with exhibition, it’s generally agreed upon now that movies need a decent theatrical run. There is hope that the spirit of collaboration continues.

What’s more, even studios are championing one another when there is a hit. A rising tide lifts all boats, as the saying goes, and I consistently hear from execs that they are chuffed each time a movie excels in this uncertain time.

Increasing the frequency with which moviegoers turn out is also a key element. In part, that’s driven by content which has been a challenge throughout the stops and starts the industry faced overall across the pandemic years. And in a great part it’s driven by the in-theater experience that gives people who may have lost the habit of going to cinemas the desire to return again and again — across all demos. There will be discussion here about innovative marketing and publicity campaigns and how the partners can work together.

And, there is an opportunity for exhibitors, distributors and technology firms to elevate the experience with PLFs which have given a big boost to recent hits, and help highlight the need to see a film on the big screen, maximizing potential for cinemas and for films — and driving frequency of visits.

On the negative side overall overseas and not limited to Europe, inflation has been a drag on the cost of marketing, while production costs are up about 20%. For now, Russia, which reps 3%-4% of international box office (excluding China) in a normal year, is not part of the equation. There’s nothing to be done about that for the moment. China for its part has been mercurial with release dates, but is showing some rebound with Jurassic World Dominion closing in on $100M through today. Also on the upside, Korea is back after a difficult period, and that’s something to celebrate.

All in all, there is expected to be a sentiment of optimism here in Barcelona. The latter half of the summer and the rest of the year are teed up to be strong while there is high anticipation for 2023. As more thanone exec enthused, “This business is here to stay.”