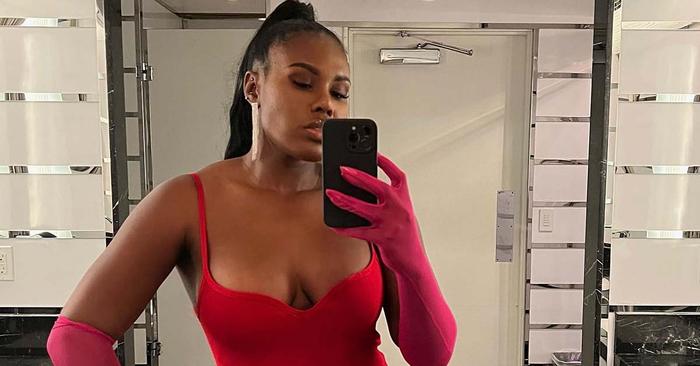 If you haven’t heard of House of CB, then you’ve seen it, whether you knew what it was or not. Maybe it was on Euphoria in the form of a blue mesh minidress worn by Sydney Sweeney‘s character Cassie. If not that, then you’ve definitely spotted the brand on Khloé Kardashian, who’s worn its corset- and drape-detail dresses and sets on countless occasions. Broadly, House of CB is all over social media, donned by TikTok and Instagram influencers alike, from Matilda Djerf to Iris Law. Whether you’ve gotten to know the brand or not, though, is irrelevant now. It’s about to be everywhere.

This week, the cult-favorite brand, which is usually only stocked on its own website and in its own stores, became infinitely more available when it launched on Nordstrom.com. Online, there are currently just under 20 pieces—including some of House of CB’s top designs—that are ready to be purchased, with (*fingers crossed*) more arriving in the coming seasons. Alas, with a selection as tight as this one and a fan base as massive as this brand’s, sellouts are inevitable. In fact, they’re happening as we speak.

Ahead, shop Nordstrom’s selection of House of CB pieces while you still can.