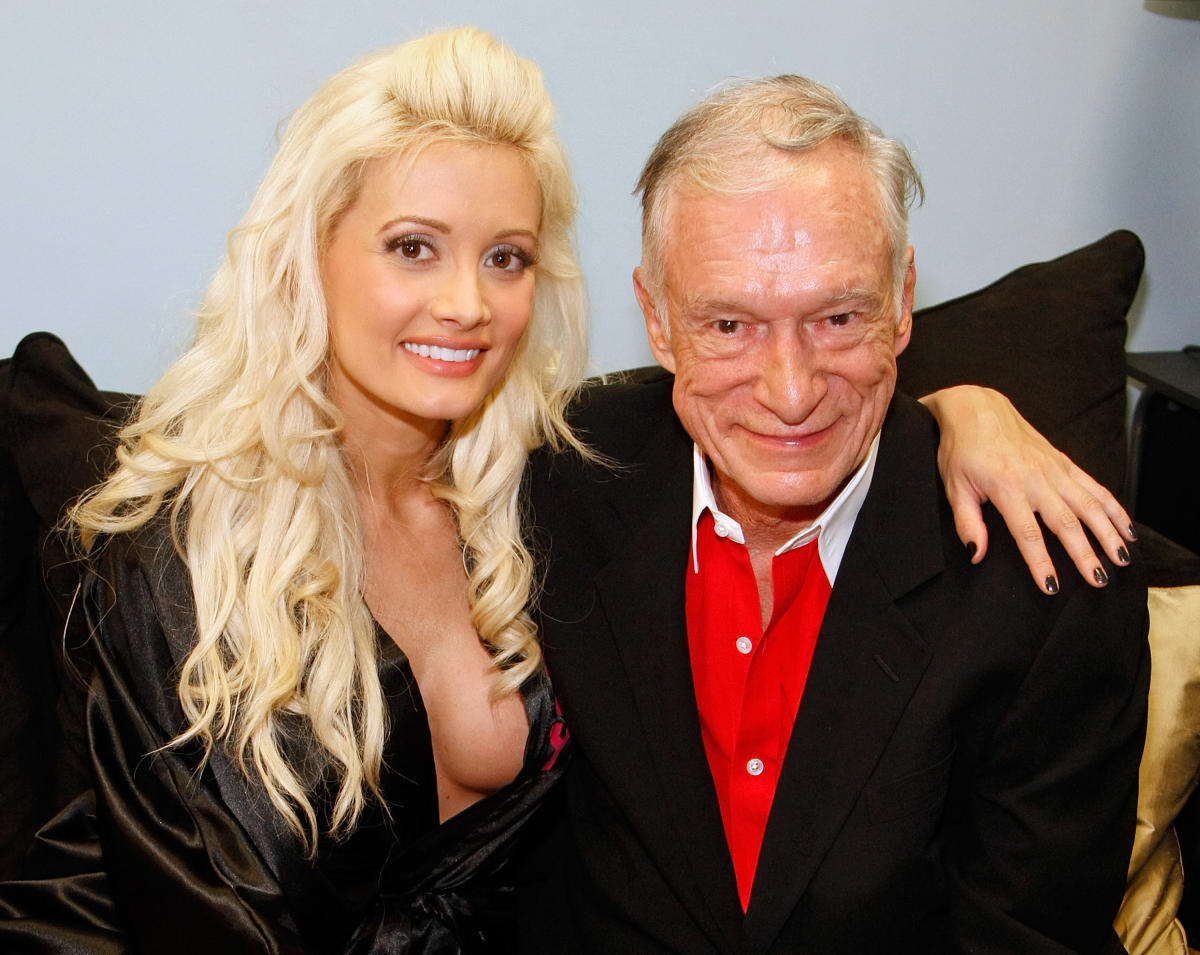 Holly Madison knows about the dark side of the Playboy world better than anyone, so the former Girls Next Door star’s new gig isn’t too surprising. Madison hosts The Playboy Murders, a six-part true crime series exploring various tragedies that intersected with the brand and lifestyle made famous by her ex-boyfriend, Hugh Hefner.

“I just felt like I could relate to some of these victims because they were coming from the same kind of career or the same kind of places that I did,” Madison tells Yahoo ahead of Monday night’s premiere, saying she was “immediately compelled” by the premise.

“I hadn’t heard about so many of these stories and I thought I knew everything about Playboy history and about what happened to all the Playmates and everything,” she adds. “So I really wanted to dive deeper into it.”

The premiere episode on Investigative Discovery (ID) looks at the 2009 murder of model and Playboy hostess Jasmine Fiore, who was found dead and dismembered in a dumpster. Her husband, Ryan Alexander Jenkins, beat Fiore in a jealous rage before mutilating her. (Jenkins, who appeared on the VH1 reality series Megan Wants a Millionaire, later died of suicide.) Although Madison moved out of the Playboy Mansion one year prior, she knew about Fiore’s murder as it made national news. The reality star feels protective of Fiore, in a way, as she knows what it’s like to be in an abusive relationship.

“I feel like what I experienced with Hef was definitely emotional and verbal abuse. And I ended up leaving after so many years because the verbal abuse was just getting so bad I couldn’t stand it anymore,” Madison recalls. “When I tell my story, there’s so many people who wanna say, ‘Well, why didn’t you leave? Why did you stay for so long?’ And I love talking about that kind of a thing because I just think there’s such a misunderstanding about it and I can relate.”

Madison continues, “When I was young I would hear stories of celebrities in abusive relationships and kind of the public’s reaction was like, ‘Well, if you didn’t leave after the first thing that went wrong, you know, it’s your fault for staying.’ That was kind of the attitude. And I remember thinking that too before I really had that experience myself.”

Madison moved into the mansion and began dating Hefner in 2001 when she was just 21 years old. The model says dating the Playboy founder made her realize “how complex” and “layered the nature of these kinds of relationships can be.”

“In the beginning everything seems so wonderful and you’re being love bombed and you think this person’s an amazing person. So when something does go off the rails a little bit, you make excuses for it and you think it’s the exception. You’re wondering what’s wrong with you and you’re struggling to kind of fix it,” she shares. “So, I do love speaking on behalf of the victims and trying to explain to other people that abusive relationships aren’t that simple and they’re not that easy to get out of. And it’s not that person’s fault if they didn’t see the first sign and run because nobody really operates like that. Human beings are complex. You see one bad thing about somebody [and] you aren’t psychic. You don’t know that they’re going to continue to be like that forever.”

Madison first lifted the curtain on the Playboy world in 2015’s memoir Down the Rabbit Hole. She spoke more in depth about the trauma endured in her relationship as part of last year’s Secrets of Playboy. Hefner was accused of physical and emotional abuse by former girlfriends in the docuseries, which essentially served as his #MeToo moment. Madison says it’s been somewhat freeing to have some of the darkness that went on spill out in the public.

“I’ve had very mixed emotions about it,” she admits, noting she didn’t watch the episode she participated in. “I watched everybody else’s episode and every time. … I’d have a nightmare. It’s a lot. It’s really heavy. But I am proud of other people for telling their stories and I have to admit, it does feel a little bit vindicating.”

Madison feels like “so many people” didn’t believe her when she came forward with her story years ago.

“Every time I told my story I was getting backlash. But when I heard that so many other women were coming forward [in Secrets of Playboy], I definitely wanted to be there for them on their side. I know what it feels like to come out and say something and not have anybody have your back so I wanted to be supportive of that,” Madison adds. “So I’m very proud of all those women.”

Although Madison says she endured emotional and verbal abuse, she felt physically safe while living at the Playboy Mansion in Beverly Hills, Calif.

“I didn’t fear for my safety. When you’re up there, you’re on this gated estate and you’re surrounded by security, so you really feel safe. And that was one of the things that appealed to me when I decided to move in,” the Girls Next Level podcast host shares. However, Madison was afforded a luxury other women were not.

“For so many women who decide to become a centerfold, you know, they’re brought to the mansion when they do their shoot and everything, so you feel this sense of security. But then after that you’re just going back into the real world,” she explains. “And that’s after being in this magazine where everybody’s seeing you nude. People kind of feel like they know you and feel like they [should] have some kind of access? And if somebody has the wrong idea, that can just go horribly wrong.”

“There’s so many women who’ve worked for Playboy over the years and everybody’s story’s different,” Madison says. “From the outside, especially when my TV show was on in the 2000s, people would only see the really glamorous, fun side. And it just looked like you didn’t have a care in the world if you were part of Playboy. And, of course, you know that’s not true … these are real people and I wanted to share these stories.”

The Playboy Murders airs Mondays at 10 p.m. ET on Investigation Discovery and Discovery+.