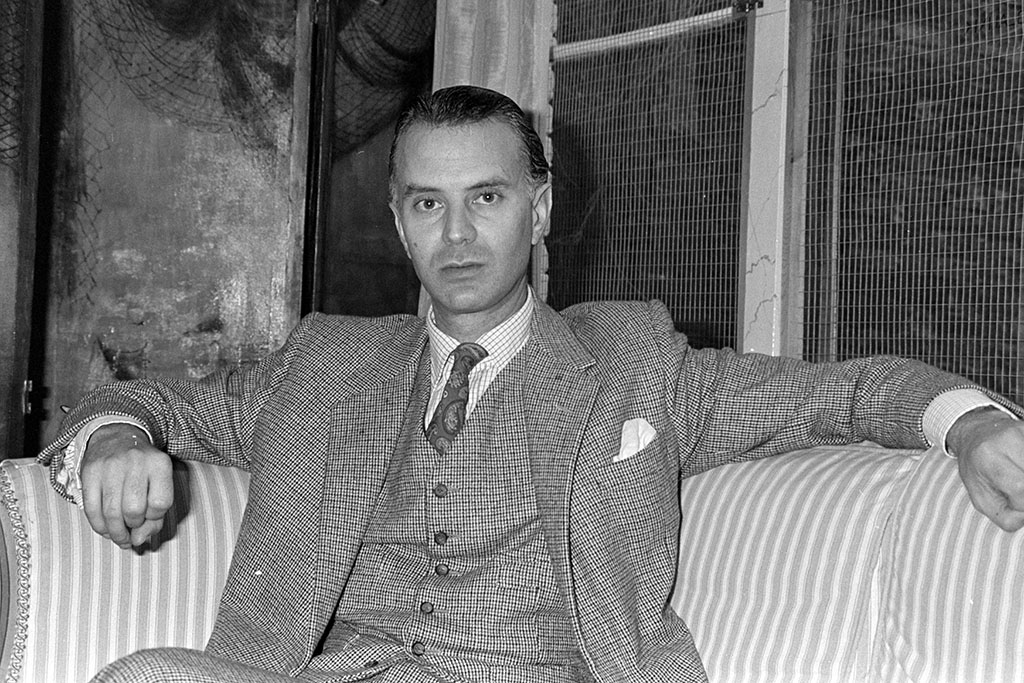 “Everybody says the same thing, that this milestone is quite extraordinary. It seems to me like 50 days or months. I’ve been having such a divine time – bad times, too. In my mind, 50 years is a lie.”

Manolo Blahnik  is Zooming in from his Bath, England, home, and the 78-year-old shoe legend is feeling particularly energized after receiving his coronavirus booster shot on this late October day.

Off camera and masked up, Blahnik — who’s working alongside eagle-eyed house historian Jamie Prieto — frets about his voice, clearly frustrated about having to talk through a computer screen.

The charismatic designer, reluctantly, has spent nearly two years online now — using technology to work with the factory on crafting his collections, since in-person visits haven’t been possible due to “this terrible disease.” “It’s so rewarding to talk to them — they know how I cut, they know how I put the colors [together]. They’re my best people. They’re artisans, and I love them. The factory is the only place I’m really happy. I could be there from 8 in the morning until midnight, which I have been, many times,” he said.

While he’s clearly eager to get back to Italy, Blahnik said he’s learning to adapt to uncertain times and relishes his solitude. “I went to see people in the place I got the vaccine, and it was very strange. I feel quite happy being alone. But I’ve learned to be patient and more tolerant, somehow. Mind you, I had fights today already, but anyway!”

His attention shifts to the black-and-white photos scrolling on the screen, and Blahnik is immediately transported back to 1970s London. “It’s funny, the ’70s are absolutely much more clear than the ’80s,” he says, as he begins to recount his adventures as an emerging talent and man about town.

“I see a picture of Paloma [Picasso] looking very young, and me with no glasses.”

“The other one on the left is from [my first store] on Old Church Street. That was the very very beginning. I didn’t have anything to put in the shop!”

From there, the conversation took off. For the next hour and 20 minutes, Blahnik opened up about five decades of hilarious antics, exhilarating friendships, unforgettable runway shows and, above all, masterful shoes.

Here, through never-before-told stories and past anecdotes from the FN archives, Blahnik, in his own words, takes us on an incredible journey through the decades. First up, the 1970s.

After a Fateful Meeting, The Big Debut

“It was new for me, this notion of shoes. It happened by mistake.”

After initially studying international law and interning at the United Nations in Geneva, a young, curious Blahnik moved to Paris in the late 1960s to learn about art and set design. Soon, he was firmly entrenched in the city’s cultural scene and surrounding himself with an eclectic group of friends.
But he didn’t have much of a life plan.

Then, everything changed. During a trip to New York in 1970, Paloma Picasso introduced Blahnik to Diana Vreeland, the legendary fashion editor. “Before our first meeting I was absolutely terrified as I knew she was such a legend and such an authority on fashion, [but] without her, I simply would not be where I am today. I remember she used to have these amazing fake python boots that I thought were divine,” he recalled.

Upon seeing Manolo’s sketches for “A Midsummer Night’s Dream,” Vreeland zeroed in on Hippolyta’s high-heeled sandal decorated with ivy and cherries and told him: “Make shoes.” That was the push he needed — and a year later, Blahnik left his job at fashion boutique Feathers in London and created his very first collection.

On the Runway at Ossie Clark

Already well connected, the designer developed his inaugural collection in 1971 — called Quorum Black Magic — for the most prominent British fashion designer of the time, Ossie Clark. “It was very successful because everybody who was somebody in London was at the show at Royal Court Theatre: [painter] David Hockney, [photographer] Eric Boman and [designer and photographer] Cecil Beaton,” Blahnik remembered.

His show-stopping ankle-tie platform with a chunky high heel got everyone talking. There was just one problem: The designer, who had no formal shoe training, had forgotten to secure the rubber heel with steel. “At the end of the show, Cecil said, ‘Oh my dear, this is a new way of walking.’ The girls walked very strange, like insects.”

“A friend of mine called Peter Young found the place. He was great, and [went on] to win Oscars for ‘Batman’ and all these movies. He said, ‘There is a wonderful place, and it is outside of everything and there are no shops on the street, only a pastry shop. I loved it and I took it, not thinking that I didn’t have any people, customers, nothing. We would have friends come in the afternoon and have tea and cakes from the shop next door. There used to be a wonderful girl, Amanda Grieve, who came in all the time. Later on, she  was Amanda [Harlech] and became important. All the girls came in … and this is [when] I became known a little bit.”

“I don’t even know how I managed to survive. I used to live in Notting Hill and cross the park on a bike. Can you imagine? I would come to the shop every day. We used to open at 10 o’ clock. I ate some cookies at the pastry shop and then we would call Italy and get the shoes done.”

Living His Best Life in London

“I used to go to parties all the time. You know, London was very kind of open to everybody. English people know when you love them and they love you, and so it was like that for me. I met all of these incredible people — [antique dealer and interior designer] Christopher Gibbs and [society favorites] Ida Ingwood and John Becque. Well, I met John in French school, but anyway that doesn’t matter. But with all these friends, I was very happy. And at the time those people were just normal people, they were not celebrities or anything at all. This was a wonderful London life, eccentric. It was nothing like nowadays.”

A New Love for Old Hollywood

When he wasn’t partying, Blahnik spent his evenings at the British Film Institute with his girlfriends. He was mesmerized by 1930s Will Rogers cowboy flicks, Gary Cooper’s silent movies and Kay Francis films. “My education was those movies during those 10 years in the ’70s.”

Inside the Infamous Studio 54

“I used to go down there and dance with André [Leon Talley] and Paloma. But there were too many drugs and too many people. I never liked that gay movement at the time in New York. It was exaggerated, and I didn’t really feel much part of it. Of course, I was very prettily dressed, wearing my gingham suit, and — I don’t know — a hat or something, and they said ‘You come in.’”