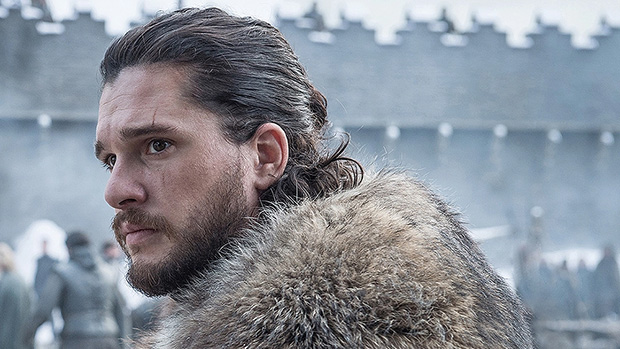 Kit Harington didn’t officially talk about the Jon Snow sequel series that’s currently in development, but he did open up about his character’s fate at the end of Game of Thrones after killing Daenerys Targaryen. “I think if you asked him, he would’ve felt he got off lightly,” Kit said at the Game of Thrones Convention, according to EW. “At the end of the show when we find him in that cell, he’s preparing to be beheaded and he wants to be. He’s done. The fact he goes to the Wall is the greatest gift and also the greatest curse.”

Jon Snow was sent to the Night’s Watch as punishment instead of being killed. He was last seen journeying beyond the Wall. Kit doesn’t think Jon Snow will ever be able to live in peace.

He continued, “So I think where we leave him at the end of the show, there’s always this feeling of like… I think we wanted some kind of little smile that things are okay. He’s not okay.”

Back in June, a Jon Snow-centered sequel series was reported to be in early development, according to The Hollywood Reporter. Game of Thrones author and creator George R. R. Martin spoke about the project and revealed that the working title of the show is Snow.

“Yes, it was Kit Harington who brought the idea to us,” George wrote on his official website. “I cannot tell you the names of the writers/showrunners, since that has not been cleared for release yet… but Kit brought them in too, his own team, and they are terrific.”

HBO has yet to confirm the show, but it’s highly likely to hit TV screens after the massive success of the sequel series House of the Dragon, which is set to return for season 2.

Until the network does make an official announcement, Kit is staying cryptic. “The only thing I’ll say is that I know nothing about it… George is allowed to talk. I would be talking in riddles if I went any further,” he said on the Happy Sad Confused podcast in September 2022.

Kit Harington & Wife Rose Leslie: A Look Back At Their Romance From ‘GOT’ Start To Now