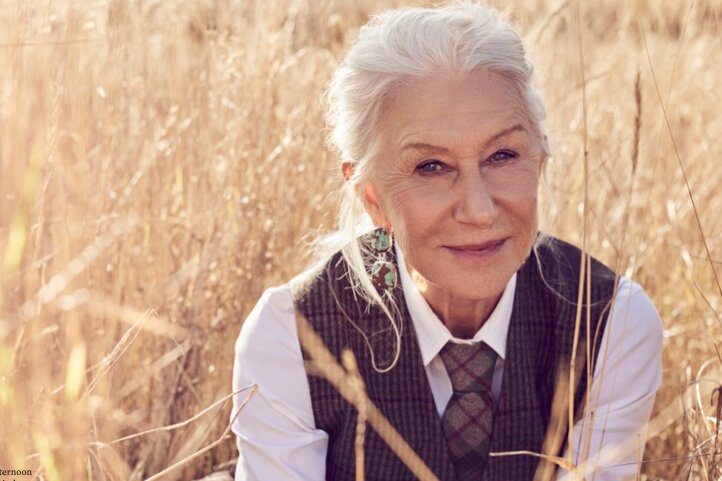 Helen Mirren is opening up about her relationship with Liam Neeson in the 1980s.

In a new AARP The Magazine cover story published Tuesday, and shared exclusively with PEOPLE, the acclaimed actress, 77, revealed that “all my boyfriends had to have a shirt made by me.”

The list of men who own homemade shirts from Mirren includes Peter O’Toole, her director husband Taylor Hackford (with whom she celebrated their 25th anniversary in December 2021), and Neeson, 70, who she dated between 1980 and 1985.

“I did make one for Liam, oddly enough,” Mirren added in the interview when asked whether Neeson owns one of her hand-made shirts.

The actress then went on to explain that while she and Neeson “loved each other,” the relationship was not made to last.

“We were not meant to be together in that way, but we loved each other very, very much,” she told the outlet. “I love him deeply to this day. He’s such an amazing guy.”

During the interview, Mirren laughed when it was suggested she actually has her “own line of shirts,” calling the items “very bad shirts.”

Elsewhere in the interview, Mirren said “in another way, we change totally,” when asked whether she thinks she has changed through the years.

“I mean, I am a completely different person compared to the person I was at 22 or 23,” Mirren said. “Even your skin changes. Your body changes. How you think changes.”

In a January 2018 appearance on The Graham Norton Show, Neeson and Mirren said that they lived together for four years during their romance, which started after they met on the set of the 1981 fantasy film Excalibur.

“We didn’t date, we lived together for four years — we were a serious item for a while,” said Mirren. “Lucky me!”

Neeson admitted that it was love at first sight when it came to meeting Mirren, saying he “was smitten” with the actress.

Following Mirren’s relationship with Neeson, she started dating director Hackford after they met during her audition for his 1985 movie White Nights. Mirren won the role and the director, who she went on to marry in December 1997.

RELATED: Helen Mirren on What She’s Learned About Love After Nearly 25 Years of Marriage: Just ‘Get on with It’

“Oh, he doesn’t!” Mirren told PEOPLE with a laugh in an April interview, when asked how her husband makes her feel beautiful. “I don’t think he ever makes me feel beautiful. It’s not necessary. That’s not what I love him for, honestly.”

The actress also said that she enjoyed the time the couple had together during the pandemic.

“I’ve worked every year since I was 20,” she told PEOPLE. “COVID was the first time in the whole of my life I’ve not worked for six months.”

So many people, she acknowledged, “were suffering through that terrible, terrible time, but what was valuable for me was that I got to spend time with my husband and sit across the table from him every night for six months — which I’ve never done before — and not worry about or even think about work.”