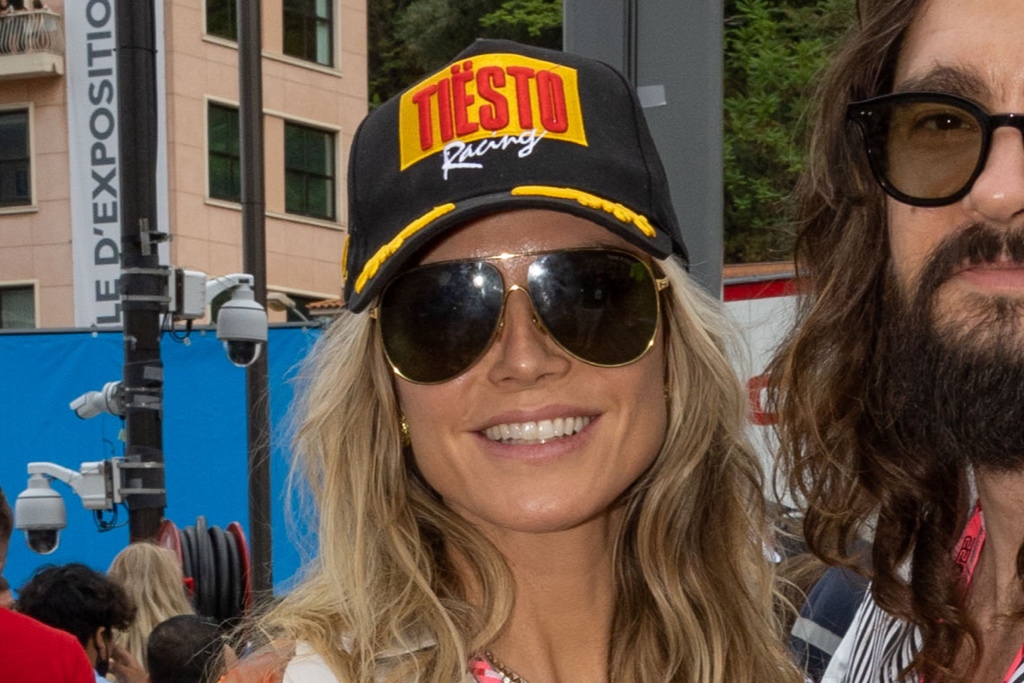 Heidi Klum and husband Tom Kaulitz were two of the many stars to take in the Monaco Grand Prix this weekend.

The “Making the Cut” host arrived in easygoing fashion in a silky two-piece outfit, which appeared to be pajamas. Klum’s outfit included white silk trousers that flowed near her ankles and a long-sleeved button-up top, all covered in an enlarged miulticolored floral print. Completing the star’s outfit were layered beaded and bejeweled bracelets, necklaces and a Dolce and Gabbana palm frond-printed shoulder bag. She finished the ensemble with aviator sunglasses and a black, yellow and red trucker hat that read “Tïesto Racing.”

When it came to shoes, Klum boosted her ensemble with a set of thong sandals. The brown leather pair featured a T-strap silhouette, with one long thin strap connected to a wider foot strap. The style included flat soles for easy wear, while also adding a relaxed nature to Klum’s outfit.

Discover Klum’s top red carpet looks over the years in the gallery.