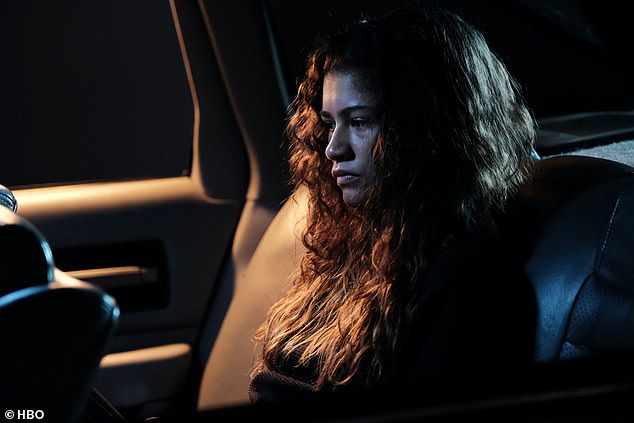 HBO is responding to allegations of a ‘toxic workplace’ environment on set of their smash hit show Euphoria.

It comes after a Friday report from the Daily Beast alleged tension between showrunner Sam Levinson and the cast, as well as background actors allegedly complaining about not receiving meals on set, and being denied bathroom breaks on 18-hour workdays.

The report also claimed the series got so many complaints that a SAG-AFTRA union rep was forced turned up to on set.

In a statement to Variety, HBO responded: ‘The well-being of cast and crew on our productions is always a top priority.’

‘The production was in full compliance with all safety guidelines and guild protocols. It’s not uncommon for drama series to have complex shoots, and COVID protocols add an additional layer.’

‘We maintain an open line of communication with all the guilds, including SAG-AFTRA. There were never any formal inquiries raised.’

However, an anonymous background extra told the Daily Beast: ‘I understand that I’m doing background work. I’m not the most important person there, I know where I am on the totem pole.’

‘But it got to a point where I was like, I’m still a person, I’m still human. Please let me go to the restroom, don’t tell me I can’t go for 30 minutes or tell me I can’t get a snack when you’re not going to feed me and it’s 4 a.m. It just very much felt like we didn’t exist as people.’ 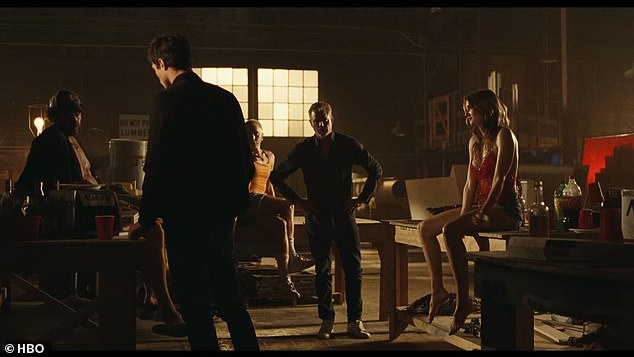 Sources added that extras dressed in skimpy clothes were told to wait outside at night in freezing temperatures with two space heaters to keep them warm.

Other accusations in the piece included supposed grievances around Levinson not having a proper shot list when arriving onset, instead preferring to shoot scenes ‘off the cuff.’

Sources alleged that Levinson had a falling out with actress Barbie Ferreira, who plays Kat Hernandez, resulting in the young star walking off set.

The article notes that actors from show including Jacob Elordi and Maude Apatow had previously acknowledged that season two was tough to film, with shooting often taking place at night.

Meanwhile, the show has been no stranger to controversy. 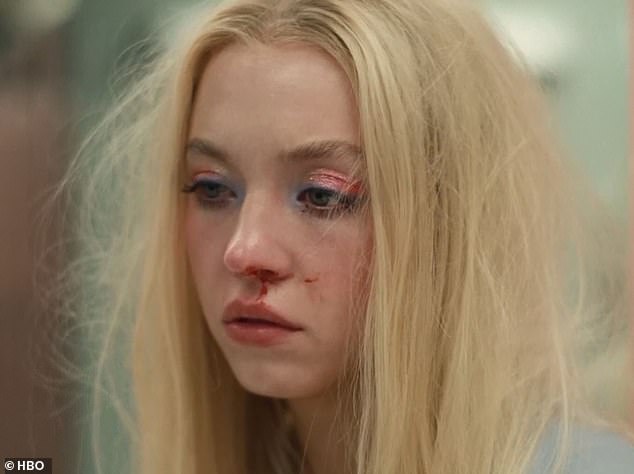 Explicit: Earlier this year, star Sydney Sweeney, who plays Cassie, revealed she requested that some nude scenes be cut from filming

In January, the Drug Abuse Resistance Education program, or D.A.R.E, slammed the series for choosing to ‘misguidedly glorify and erroneously depict high school student drug use addiction… and other destructive behaviors as common in today’s world.’

Earlier this year, star Sydney Sweeney, who plays Cassie, revealed she requested that some nude scenes be cut from filming.

‘There are moments where [my character] Cassie was supposed to be shirtless and I would tell Sam, “I don’t really think that’s necessary here,” she told the Independent.