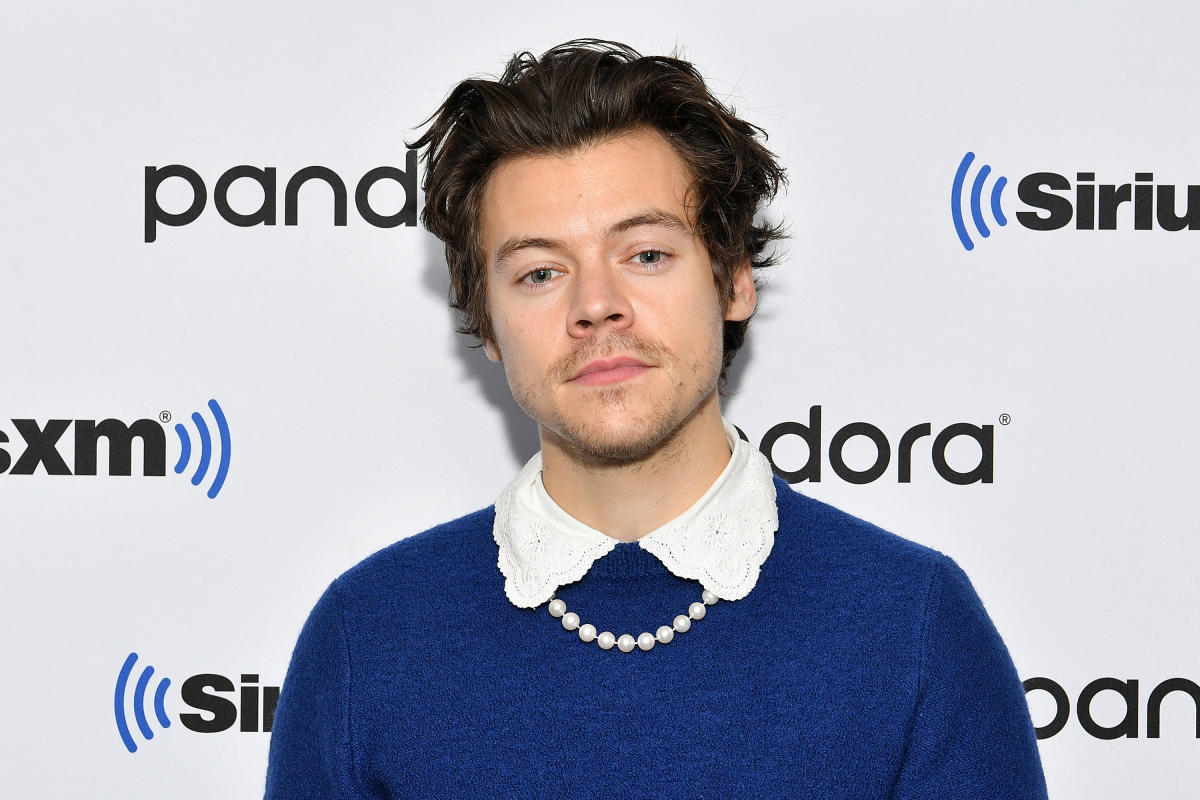 will show off his acting chops in the upcoming film Don’t Worry Darling — but not much else.

The One Direction alum, who just released his third studio album Harry’s House, spoke to SiriusXM’s The Howard Stern Show, per , about his role in the upcoming psychological thriller. The movie, , stars Little Women’s Florence Pugh as a housewife who begins to suspect that her idealistic suburban community may be harbording dark secrets. Styles portrays Pugh’s husband and, in a scene from the trailer, Styles and Pugh’s characters are featured in .

Of the film’s more risque scenes, the “Watermelon Sugar” singer explained that he did feel “vulnerable.”

“I’d never kissed anyone on camera before and it felt like giving a part of myself away in some ways,” Styles, who also stars in the upcoming film My Policeman, explained.

He shared that he “wasn’t naked in Don’t Worry Darling,” and that while he was in My Policeman, “there’s no peen in the final cut.”

“There’s bum bum,” he joked. “I don’t think the peen was intended to be involved. The peen, it was pre-negotiated that that would remain my own.”

Earlier this year Styles, who on Wilde’s film after he dropped out of the project, spoke to  about keeping parts of his life private.

“For a long time, it felt like the only thing that was mine was my sex life,” the Dunkirk star explained. “I felt so ashamed about it, ashamed at the idea of people even knowing that I was having sex, let alone who with.”

He also called any speculation about his sexual orientation “outdated.”

“I’ve been really open with it with my friends, but that’s my personal experience; it’s mine,” Styles noted. “The whole point of where we should be heading, which is toward accepting everybody and being more open, is that it doesn’t matter, and it’s about not having to label everything, not having to clarify what boxes you’re checking.”