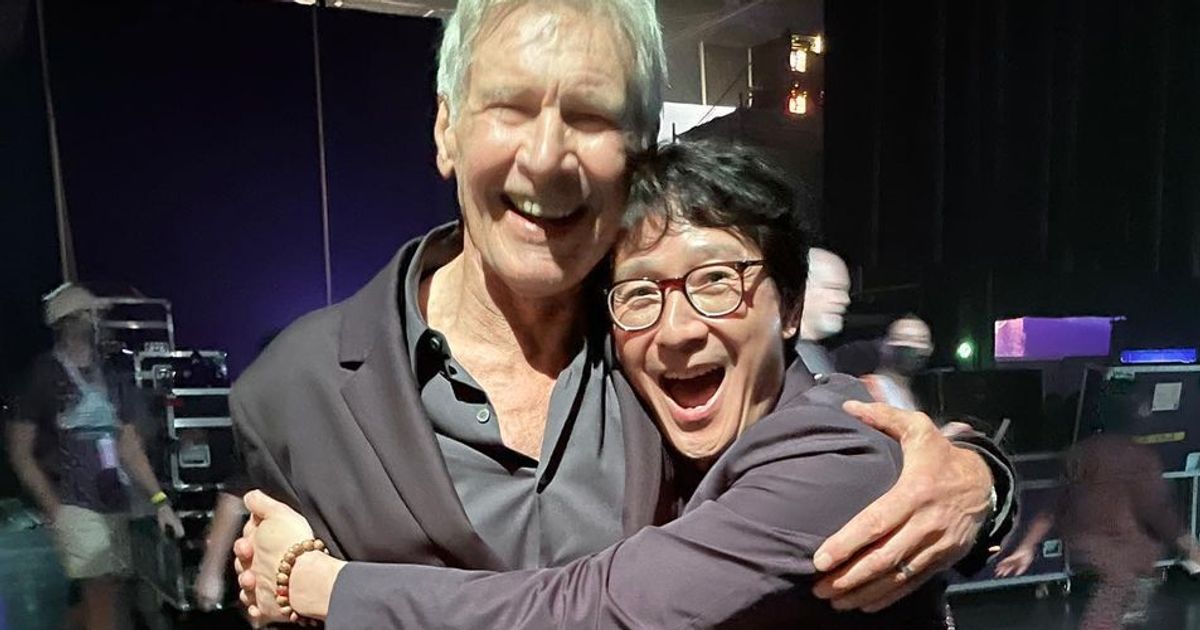 Ke Huy Quan was a child when “Indiana Jones and the Temple of Doom” made him a star in 1984. While he fondly remembers starring opposite Harrison Ford, he wasn’t sure whether Ford would recognize him at this year’s D23 Expo — only for Ford to give him a warm embrace.

Quan took a decadeslong hiatus from acting until this year’s “Everything Everywhere All at Once” spurred a comeback. He attended September’s Disney fan event to announce he was joining Marvel’s “Loki” series when somebody told him Ford was there, too, Entertainment Weekly reported.

“We’re in this green room with so many actors, producers, and directors, and the person who was assigned to assist me said, ‘Harrison Ford is right outside the green room. Would you want to go say hi?’” Quan told Kyle Buchanan, a reporter for The New York Times.

While Quan shared a photo of the encounter on Instagram last month, his trepidations about approaching Ford, who was there to promote the fifth “Indiana Jones” installment, have only now come to light. Terrified he wouldn’t be recognized, Quan had to find his courage.

“My heart is pounding,” Quan told Buchanan. “I’m thinking, ‘Is he gonna recognize me? The last time he saw me, I was a little kid.’ As I get closer, he turns and points his finger at me, and he has that classic, famous, grumpy Harrison Ford look.”

With little demand in Hollywood for Asian actors, Quan had taken 35 years off acting after “Temple of Doom” and “The Goonies.” Back in the fold after working as a choreographer and assistant director, he hugged his former onscreen father figure — to untold catharsis.

“When I wrapped my arms around him, all those wonderful memories I had on the set came flooding back,” Quan told Buchanan about Ford. “It felt so comfortable. It was amazing, and he’s an amazing man — one of the most generous men on the planet.”