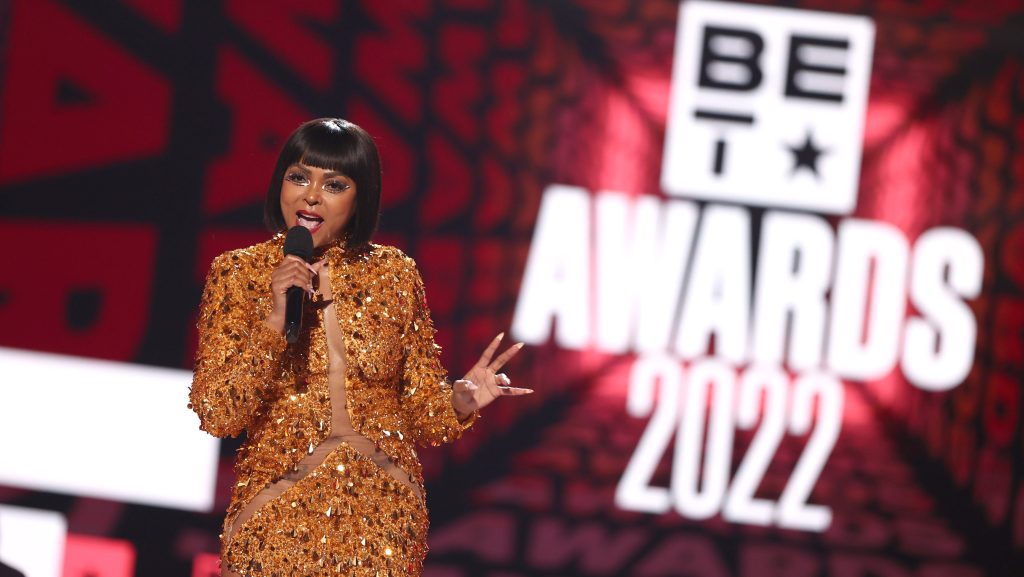 Taraji P. Henson used her platform as the host of tonight’s BET Awards to speak out regarding the Supreme Court’s recent decision to reverse Roe V. Wade, a legal move paving the way to “return the issue of abortion to the people’s elected representatives”.

At least twenty states are expected to legislate some restriction to abortion access.

“It’s about damn time we talk about the fact that guns have more rights than a woman,” Taraji P. Henson said in her opening monologue.

Henson was originally lighter in tone, celebrating the success of Black entertainers in the room, before turning her focus to the bombshell news last week, that the Supreme Court was reversing the decision of Roe V. Wade after almost 50 years of being enacted.

Henson notes that guns have less federal legislation than women’s right to privacy.

“A weapon that can take lives has more power than a woman that can give life if she chooses to,” Henson said.

Later, Janelle Monáe had words for the Supreme Court while presenting.

“Owning our truth and expressing ourselves freely and unapologetically in a world that tries to control and police our bodies, my body and our decisions,” Monáe said.

Jazmine Sullivan, who won an award during tonight’s proceedings, pleaded a message of unity to the men of the world asking for their support.

“It’s a hard time right now for [women] and I want to speak directly to the men,” Sullivan said. “We need y’all. We need y’all to stand up for us, stand up with us. If you’ve ever benefited from a woman making one of the toughest decisions of her life, which is to terminate a pregnancy, you need to be standing with us.”

“This is not just a woman’s issue,” Sullivan continued. “This is everybody’s issue. And we need you more than ever.”