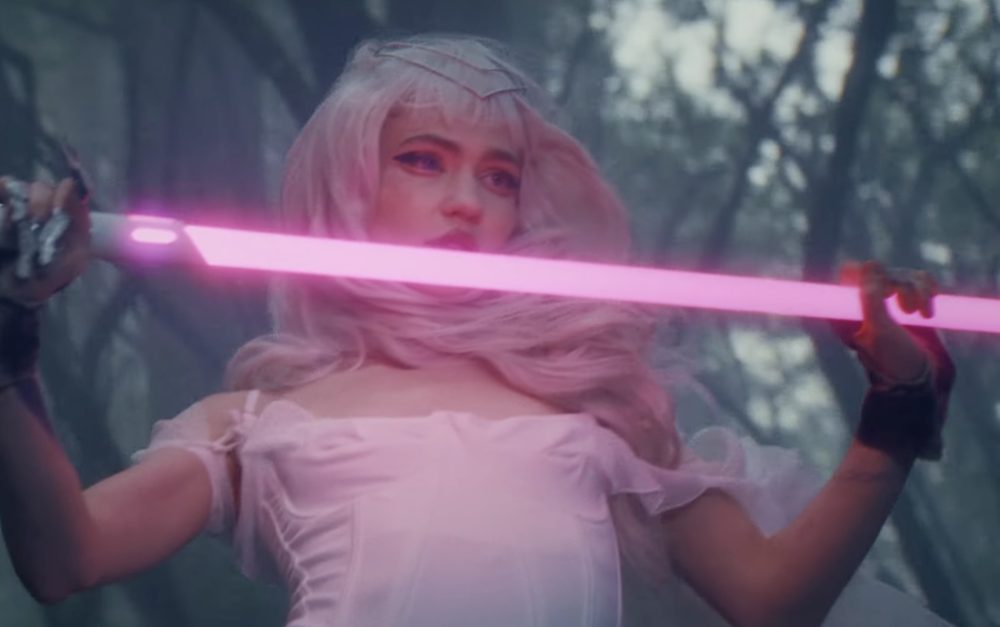 After initially previewing it in a DJ set way back in July, Grimes kicked off December by officially releasing “Player Of Games,” a new song supposedly from her next album Book 1. Then, over the last few days, she was also teasing its video. Now the “Player Of Games” clip is here in all its lightsaber-wielding glory.

The video begins with Grimes and a faceless knight in a fantasy setting, eventually sitting down and playing chess with each other. Then the bulk of the video from there is her and that same knight having a lightsaber battle on that same chessboard alongside several other confrontations, including a more traditional sword fight. “Huge thanks to the team on this they bled for this one, or at least we all got food poisoning haha,” Grimes wrote on Instagram.

The “Player Of Games” video was directed by Anton Tammi, with creative direction and story credits going to Grimes herself. (In that same Instagram post, Grimes thanked Tammi for “one of the coolest collaborative experiences I’ve ever had.”) Check it out below.