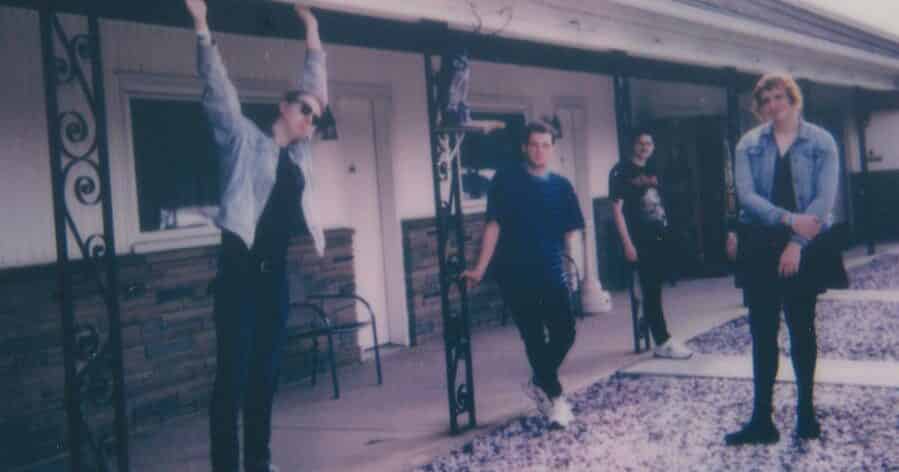 Flint, Michigan band Greet Death have released a new track called ‘Panic Song’. The single follows previous offerings ‘I Hate Everything’, ‘Your Love Is Alcohol’, and ‘Punishment Existence’. Listen to it below.

Talking about the inspiration behind the song, Greet Death’s Sam Boyhtari explained:

At the end of 2020 I was living with my partner Larissa in an apartment on the North side of Chicago. I was staying up until 5 or 6 in the morning every night and experiencing some terrible panic attacks. One night Larissa woke up and sat with me on the couch, talking me through an especially awful attack. The living room was dark, there was a CTA station across the street that gave us a little bit of light at night. It was our first time living together, and a time I now look back on very fondly. Larissa would go to work and I would work from home all day in her former roommate’s empty bedroom. At night, we would hang out until she went to bed, then I would put a horror movie on the TV and listen to music through headphones at the same time like a fucking weirdo. Despite the turmoil I was going through, I felt very comfortable in that place. So one day while Larissa was at work and I was alone in the apartment, I wrote a song about it.