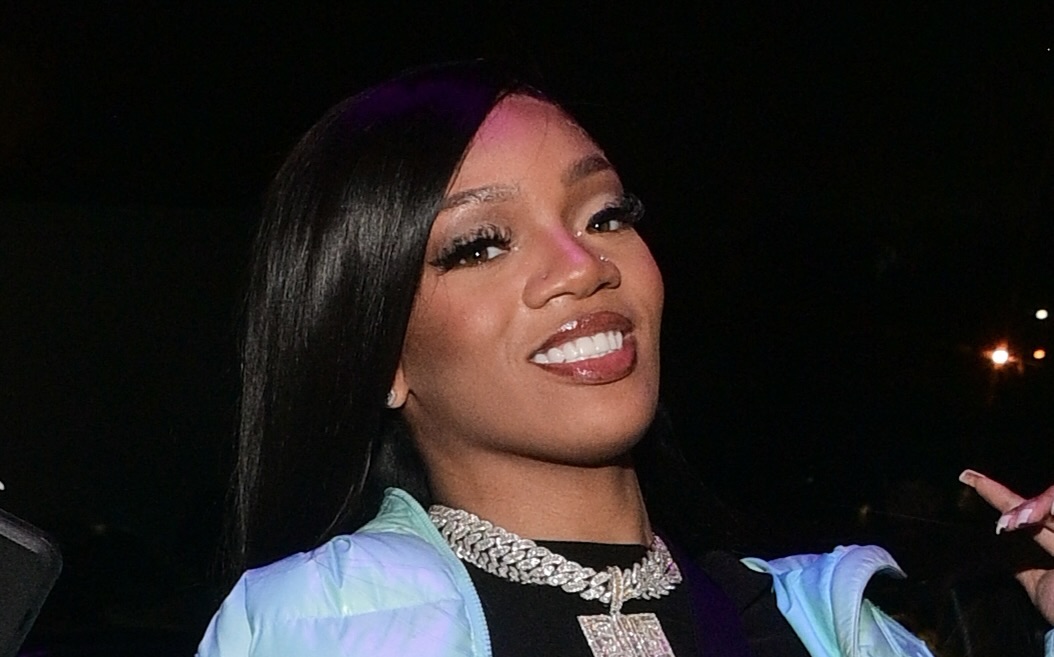 GloRilla‘s recent comment on how she likes to eat her food is so outrageous that I’d even give Saweetie a run for her money!

During a sit-down on Angela Yee’s Lip Service podcast, the subject of being “freaky” in bed came up. While discussing the matter, GloRilla proclaimed that she’s open to doing “some weird s**t.”

Despite her apparent hesitance to go into detail, the “F.N.F (Let’s Go)” rapper wound up sharing what she meant after being encouraged by the hosts.

Jumping straight to her point, GloRilla shockingly said, “If you [ejaculate] on my food, Imma eat it.”

She followed this up with an even more graphic comment.

“Just [ejaculate] on my fries real quick, and Imma eat it.”

Understandably, the subject found its way to Twitter and left people either laughing or shaking their head.

Who’s Glorilla’s man that has her going 50/50 and eating his nut on a salad like ranch dressing?

when the nut gets on her food
Glorilla: https://t.co/x9UBHZN7CZ pic.twitter.com/0El5fXH1kL

Glorilla said she tells her partner to nut on her fries and she’ll eat it. Took swallowing to a whole new level. 😭😭😭

Why do we need to know Glorilla eats food with nut after sex… what happened to media training and having some decorum?pic.twitter.com/rQpfwzOndx

glorilla let her man nut in her food what chu be doing ?

Big Glo Clarifies That She ‘Was Just Playing’

Eventually, GloRilla broke her silence on the clip and seemingly tried to backtrack, as she declared she “was just playing.”

In spite of the Memphis-bred rapper’s clarification, however, Twitter users were still cutting up in the comments!

Glo right after he bust in her greens: pic.twitter.com/Lt2Pc1820q

“i was just playing” pic.twitter.com/nbEey0inLI

This situation comes on the heels of other surprising revelations GloRilla has made this year.

The subject came up while discussing the animals overrunning South London, and GloRilla admitted that she “never even knew foxes was real.”

“I can’t believe it. I never even knew foxes was real.”

Last month, she also took to Twitter to humorously share that she never knew ham was pork.

I know y’all gone laugh at me & call me slow & shit but ima admit to it first & still say YO MAMA🗣but anyways, I haven’t eaten any pork for almost 5 months now, tell me why I just found out ham is pork !!!!!!! Idk Wtf ima eat for thanksgiving now

What do you think about Big Glo’s comment, and do you believe that she “was just playing?” Also, do you have any food preferences that others would find odd?