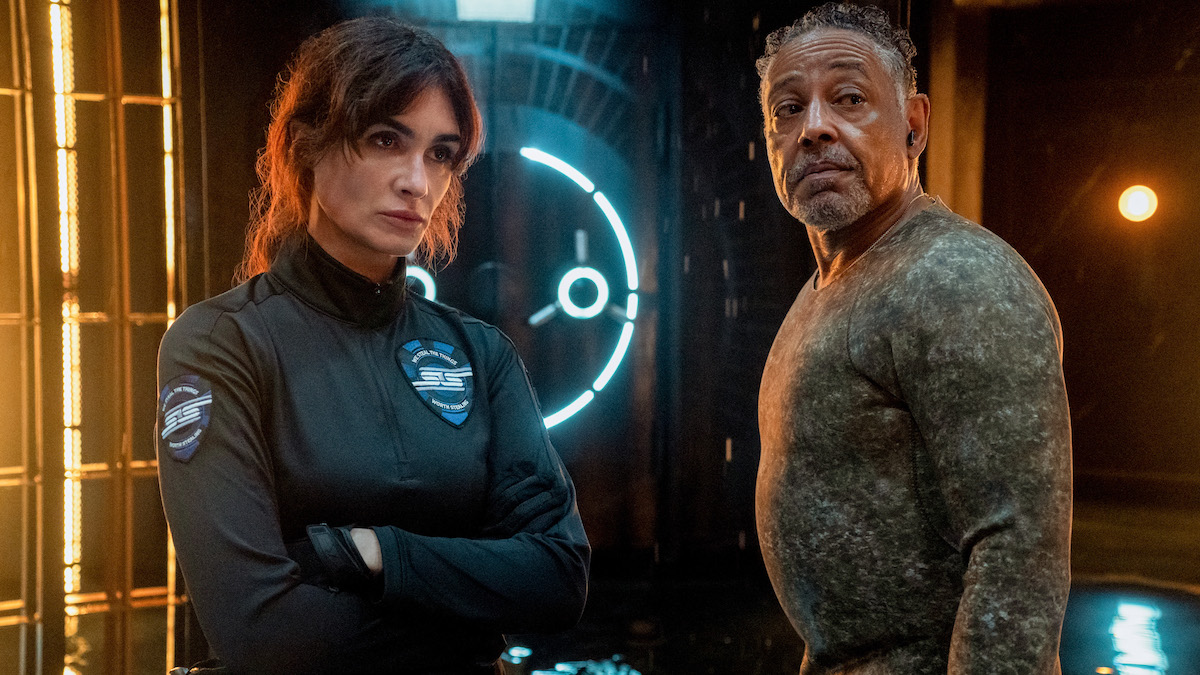 Vaults and skulls are cracked in the first trailer for the new series Kaleidoscope starring Giancarlo Esposito. The anthology-style mystery premieres New Year’s Day on Netflix.

Very loosely based on the real-life story of how $70 billion in bonds went missing in Manhattan during Hurricane Sandy, Kaleidoscope‘s narrative conceit is that viewers will watch the series in different orders, and each episode will fill in separate parts of the mystery. It’s the opposite of the HBO approach; instead of everyone watching on a Sunday night together, the spoiler-averse won’t be able to talk about the series at all until they’ve seen the whole thing.

The plot spans 25 years and follows mastermind Leo Pap (Esposito) as he puts together a crew to steal $7 billion from a supposedly unbeatable vault. Though, as Pap is quick to point out in the trailer, “There’s no such thing as an unbeatable vault.”

Each of the eight episodes are named after a color, from “Violet,” set 24 years before the big heist, through “Pink,” taking place six months after, and including the big finale, “White: The Heist.” Check out the trailer below.