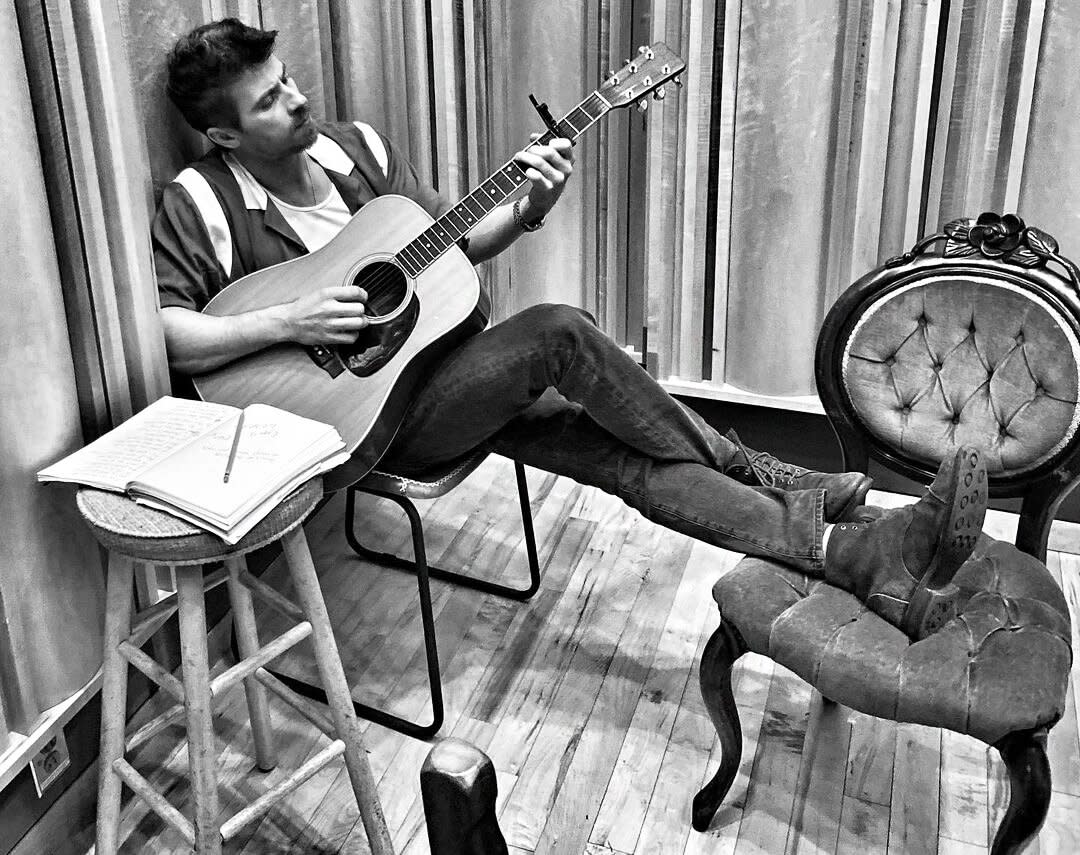 Garrett Hedlund has joined Instagram — and is marking the occasion with new music.

The actor and singer, 37, launched his social media profile Tuesday by posting a black-and-white photo of himself perched in a chair while holding a guitar. In the snap, Hedlund props his legs up on a chair and leans back while strumming the instrument.

Hedlund promoted the release of his new single, “The Road,” in the caption of the post, writing, “Guess who finally joined Instagram 😉.”

He added, “Been cookin’ somethin’ up in the studio for the past couple of months, and now I finally get to share it with the world: my first single as a solo artist, ‘The Road,’ comes out this Friday, 01/21! Got a lot more stuff coming out soon, and I can’t wait to share it all with you. Until then, help me out and show ‘The Road’ some love by presaving it!”

Although Hedlund is known for his work as an actor in films like TRON: Legacy, Mudbound, On the Road, and Dirt Music, he previously released and recorded music for his role as Beau Hutton in 2010’s Country Strong.

While working on his singing in Country Strong, he also sharpened his guitar skills. Hedlund, who hadn’t previously played an instrument, took lessons from singer-songwriter Neal Casal for over four months to prepare for the role, Taste of Country reported in 2010.

Hedlund recorded “Give Into Me,” “Timing Is Everything,” “Silver Wings,” and more for the Country Strong soundtrack.

His new release, “The Road,” was announced shortly after Hedlund split from Emma Roberts. He and Roberts, 30, share 1-year-old son Rhodes, whom they welcomed in January 2021.

RELATED: Garrett Hedlund Has ‘Totally Stepped It Up’ for Emma Roberts Since Welcoming Their Son: Source

PEOPLE confirmed Friday that the two had split a few weeks ago after going through a rough patch in their relationship.

An insider told PEOPLE of their breakup, “It’s sad, and they are trying their best to co-parent. It’s been hard.”