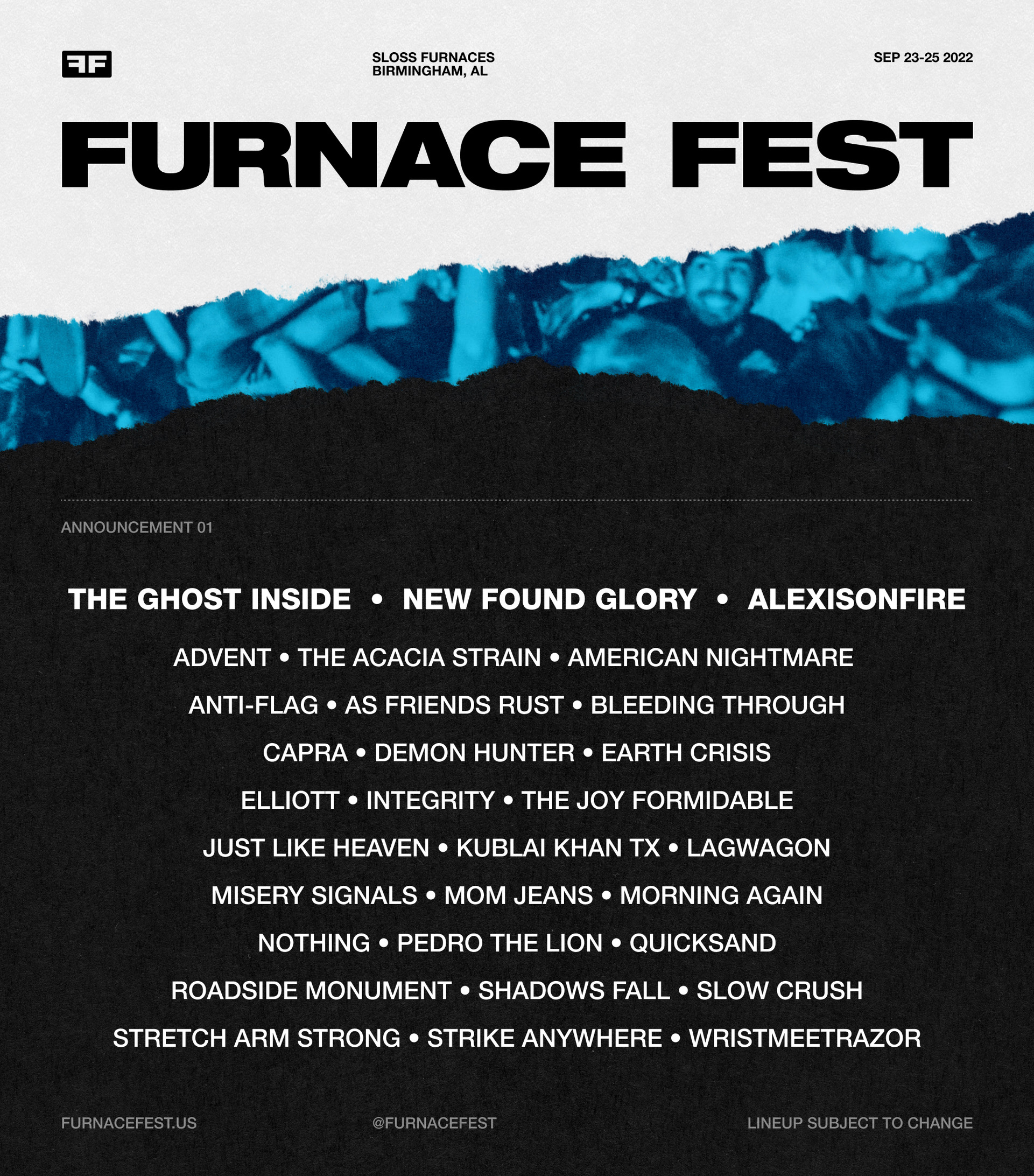 Birmingham, AL’s Furnace Fest has rounded up another impressive lineup of bands in the post-hardcore/emo/metalcore realm. Most notably, Louisville emo favorites Elliott will play their first show in 19 years at the fest. (Brooklyn Vegan points out that Elliott also performed at Furnace Fest 2002.) Elliott were featured on our list of 30 essential songs from emo’s golden era, and Tim Showalter from Strand Of Oaks recently told us he first laid eyes on his future wife at an Elliott show in Wilkes-Barre.

Anyway, Furnace Fest will also feature headliners The Ghost Inside, New Found Glory, and Alexisonfire plus such noteworthy names as Quicksand, Pedro The Lion, American Nightmare, Earth Crisis, the Joy Formidable, Anti-Flag, Lagwagon, and Nothing among others. It’s going down Sept. 23-25 at Sloss Furnaces in Birmingham. The final lineup will include 90 bands across three stages. Tickets are available here.