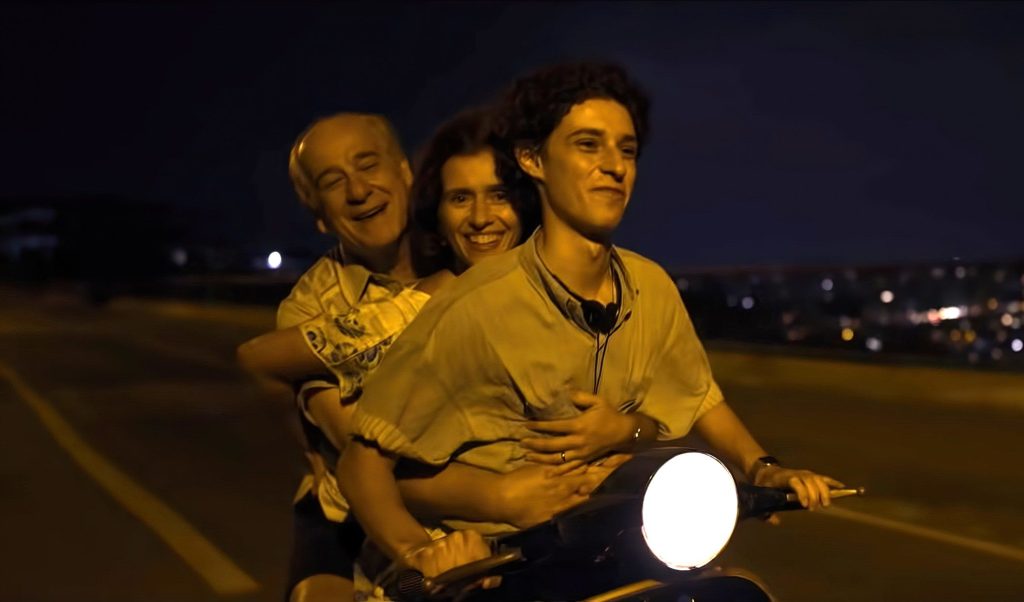 Hand of God outfit Fremantle increased its revenue by 25% last year to €1.9BN ($2.1BN) as owner RTL Group, the European media conglomerate, recorded a 10% turnover rise to €6.6BN ($7.3BN) and a profit boost of 35% to €1.1BN ($1.2BN). RTL this morning said it is making progress on Fremantle’s growth plan, following four acquisitions in the past year including, most recently, the purchase of 70% of respected Italian producer Lux Vide, along with 12 Nent Group production labels. Fremantle put 81 drama productions into production across the year and scored hits with the likes of Paolo Sorrentino’s Oscar-nominated Hand of God for Netflix. The previous year saw a big drop in returns due to the impact of the Coronavirus. The outfit, which has just struck a talent deal with Angelina Jolie, is targeting €3BN returns by 2025. Overall, RTL’s revenue was up 10.3% to €6.6BN, with adjusted EBITDA boosting impressively to €1.1BN ($1.2BN). RTL CEO Thomas Rabe hailed a “successful year.” “We have also made significant progress in executing our strategy to establish national cross-media champions,” he added. Major consolidation moves in Germany, France, the Netherlands, Belgium and Croatia will create significant value for RTL Group’s shareholders and stronger positions to compete with the global tech and streaming platforms.”

EXCLUSIVE: Hyperborea Films, in association with LaSalle Productions and Shadow Vale Productions, has attached Vanessa Angel (Kingpin) Jason London (Dazed and Confused) and Kieren Hutchison (One Tree Hill) to star in Merry Ex-Mas, a holiday romantic comedy directed by Jacob Cooney. Also among cast are Eric Lutes (Caroline in the City), Tom DeNucci (Damon’s Revenge) and Chelsea Vale (Burial Ground Massacre). Filming will take place in Rhode Island during the first quarter of 2022. Merry Ex-Mas tells the story of two unwitting ex-high school sweethearts who, while stranded at a random hotel bar during a snowstorm, discover their first love memories may be more than that after revisiting their past and present lives. Pic was written by Jacob Cooney and Molly Jacobs. Chad Verdi Jr., Paul Luba, David Gere and Chelsea Vale are producing. The film is being distributed by VMI Releasing, the distribution arm of VMI Worldwide. VMI Worldwide is also handling foreign sales.

Humans star Ukweli Roach is to lead BBC One crime drama Wolf from Sherlock producer Hartswood Films and APC Studios. Roach will play DI Jack Caffery, a young man searching for himself. Obsessed with the neighbour he believes murdered his ten year-old brother in the nineties, Jack finds himself trying to right the wrongs of others, but at what cost? Roach is joined by Sacha Dhawan (Doctor Who), Iwan Rheon (Game of Thrones), Sian Reese-Williams (Line of Duty), Juliet Stevenson (Out Of Her Mind) and Owen Teale (Line of Duty). Suspicion’s Megan Gallagher is adapting from a novel written by Mo Hayder.

Universal International Studios has forged a partnership with Spanish producer Buendía Estudios to co-develop and co-produce Spanish language series for the global market. The pact will see the two leading studios partnering on a bespoke slate of original programming, as well as adapting NBCUniversal formats for the Spanish market. As part of the deal, the first project will be a Spanish adaptation of the International Emmy award-winning format Safe Harbour, which was originally produced by UIS’ Matchbox Pictures and has been picked up on SBS, Hulu and the BBC. A bold psychological thriller, Safe Harbour follows a group of friends who set sail on a yachting trip and later come to the aid of a broken-down boat with asylum seekers on board. “Working with the best-in-class storytellers and talent at Buendía Estudios will enable us to deliver on our commitment to create more local language programming that promises to captivate and entertain audiences worldwide,” said Beatrice Sprinborn, who has just been promoted to President of Universal International Studios.

Off The Fence Sells ‘The Secrets To Civilisation’

Distributor Off The Fence has struck multiple deals for The Secrets to Civilisation. ZDF ARTE, NRK Norway, ORF and VRT Belgium, RTV Slovenia, DR TV Denmark, Yleisradio Finland and Viasat World have bought the three-part series, which looks at the next-generation earth sciences that are changing our understanding of the ancient past and is produced by OTF Studios, Impossible Factual and CuriosityStream. The news comes with Mip TV less than three weeks away, with OTF unveiling a slate including Tycoons and Auschwitz in 33 Objects.