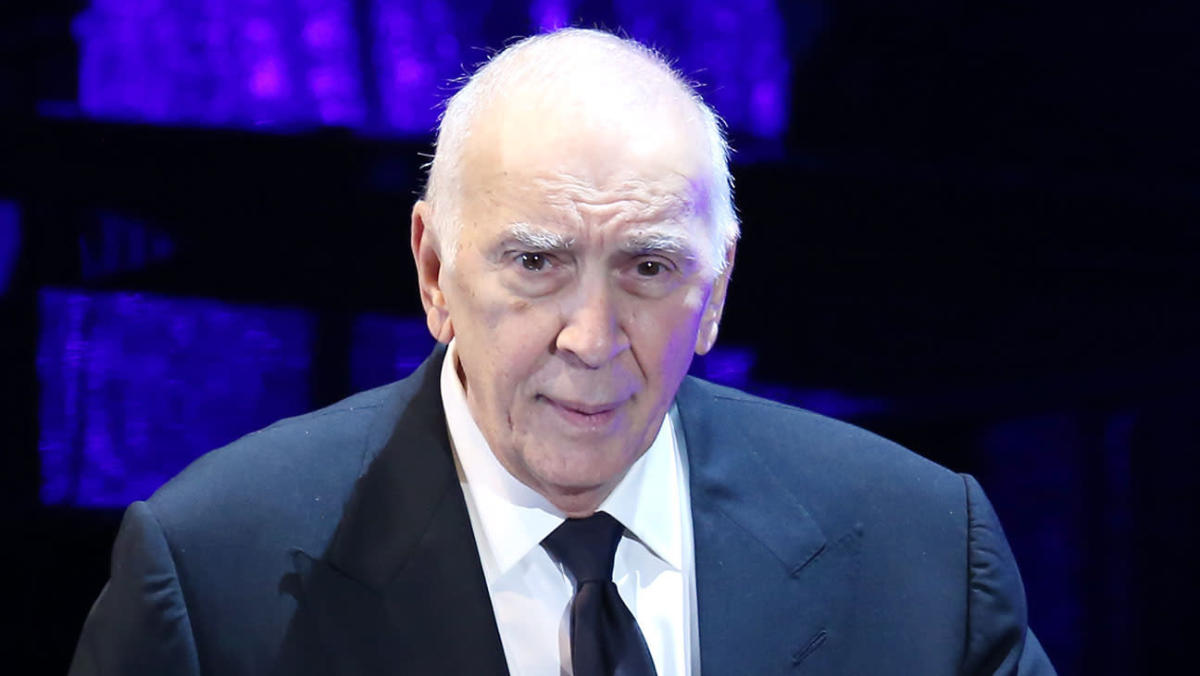 Frank Langella has responded to his firing from Netflix’s limited series The Fall of the House of Usher following a misconduct investigation.

In a lengthy statement, written as a guest column for Deadline, the actor refutes published statements that he fondled a female co-star during a “fully clothed” love scene filmed on March 25, alleging that he only “touched” the actress’ leg, a move that was not in the show’s blocking. He also alleges he was fired for telling an off-color joke, calling his co-star “baby or honey,” and giving the young actress “a hug or touch” on her shoulder.

The Hollywood Reporter first reported that Langella had been fired from the limited series following allegations that the actor made inappropriate remarks to a female co-star. Netflix declined to comment at the time.

“I have been canceled. Just like that,” his column begins. “In the increasing madness that currently pervades our industry, I could not have imagined that the words collateral damage would fall upon my shoulders.”

The actor — cast as Roderick Usher, the lead in the Netflix take on Edgar Allan Poe’s classic — states the incident that resulted in his termination from the series took place while he was “sitting on a couch” with the unnamed actress “standing in front of me.” This is when, Langella says, she stated he had touched her leg, acknowledging it wasn’t in the blocking, and afterward, “turned and walked off the set, followed by the director and the intimacy coordinator.”

Langella says he was asked to give his former co-star, who ultimately did not return to set, some space. An investigation was opened, he says, and he was next contacted approximately a week later by Netflix’s human resources department. He alleges that during a phone call, the events of the incident were read back to him, including a note that the intimacy coordinator had instructed him where both actors should place their hands.

The actor goes on to say that he was questioned about his on-set response to the intimacy coordinator that the instructions on where to place his hands were “absurd” — a comment which the actor confirms. “It was a love scene on camera. Legislating the placement of hands, to my mind, is ludicrous. It undermines instinct and spontaneity,” Langella writes.

Langella alleges he was then instructed by the Netflix HR rep not to have further contact with his co-star, “the intimacy coordinator, or anyone else in the company” due to the potential “risk” of retaliation. He also says he had a conversation with a producer, who told him, “You can’t joke. You can’t compliment. You can’t touch. It’s a new order.”

Langella says that he was denied a hearing with the accuser or Netflix. “The directors and the producer stopped answering my emails and phone calls,” he writes. “Within 30 minutes of my firing, a letter went out to cast and crew, and a full press release was sent immediately. My representatives and I were given no opportunity to comment or collaborate on the narrative.”

Langella says the response to his behavior on set is “not fair,” “not just” and “not American.”

“I cannot speak to the intentions of my accuser or Netflix, but the impact on me has been incalculable. I lost a thrilling part, the chance at future earnings, and perhaps face a stretch of unemployment. Netflix terminated me after three months of work with only three weeks left to shoot, and I have as yet to be fully remunerated for my services. Most importantly, my reputation has been tarnished,” he writes.

THR confirmed that the investigation into Langella’s conduct was completed midway through production, with the actor’s role recast and Bruce Greenwood taking over the part. Footage of Langella will not be used, according to a source with knowledge of the situation.