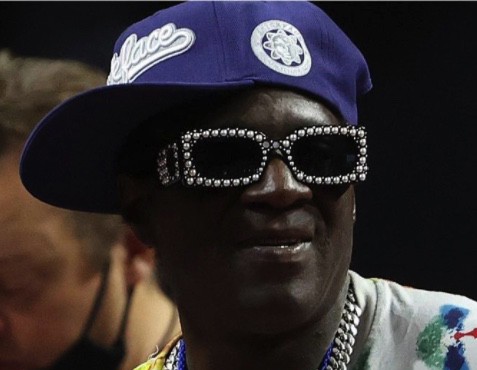 Roomies, let’s keep Flavor Flav in our prayers. He was involved in a near-fatal car accident while driving today. According to People, Flav was on the road from Las Vegas to Los Angeles when rain caused a boulder to fall down a cliffside and land on the side of his car.

The cliffside was in La Tuna Canyon, and once the boulder hit the side of his car, the impact caused Flav to lose control briefly. However, he was able to get to the other side of the road safely. Reports say another motorist saw the accident and pulled over to ensure the rapper was safe.

A representative for Flav says if he had been driving just a few feet in a different direction, the incident might have killed him. The rep also stated Flav is doing okay. “Thank God he survived and is okay, although a bit emotionally shaken up,” said the rep. Flav had seemingly stayed out of the public eye until recently, when he was arrested in October after a domestic violence dispute in Las Vegas.

As we previously reported, the Public Enemy hype man allegedly grabbed a woman, poked his finger in her nose and face, grabbed her, and threw her to the ground. In addition, he also allegedly grabbed a phone out of her hand. Billboard reported the alleged victim was one of the mothers of his child. Unfortunately, their son broke up the fight before his mother lunged at Flav, per the police. When officers arrived, they also reported a cut on the woman’s face. Flav’s attorneys David Chesnoff and Richard Schonfeld, provided a statement to PEOPLE about the incident, writing, “In alleged domestic violence cases, there are often two sides to the story, and we will explain our side in the courtroom and not in the media.” We’re wishing Flav a speedy recovery!