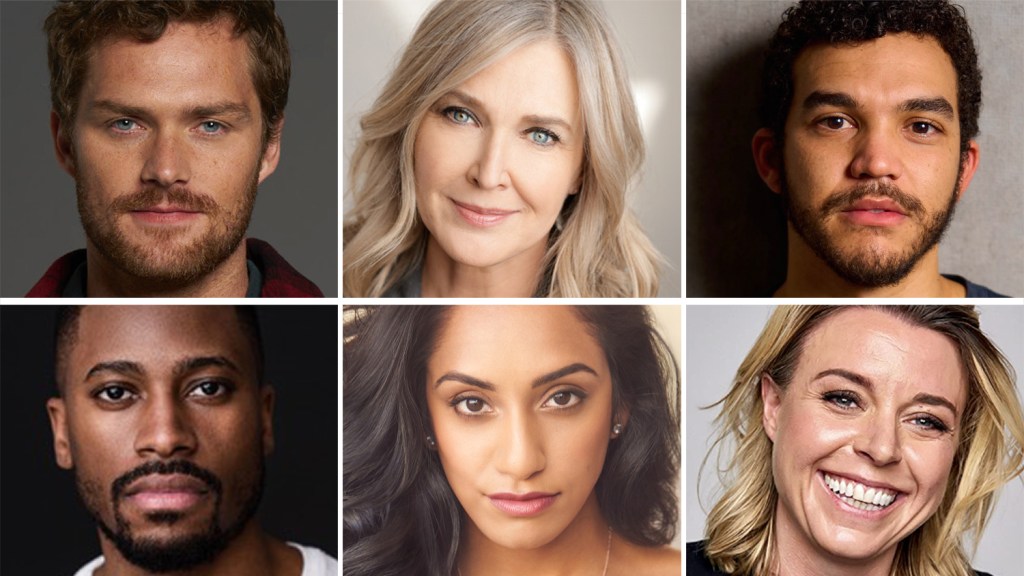 The eight-episode series revolves around Langford’s Samantha Bird, who, while visiting family in New England, reconnects with her childhood sweetheart (Jones) and falls headlong into a seemingly perfect storybook romance. But underneath their fever dream lurks a more unsettling interpretation of this affair. The series is described as a haunting portrayal of addictive love and the repercussions that a relationship has on the families in a small New England town.

Jones will play Jake Minot, the fearless, ruggedly handsome and quietly charismatic former childhood sweetheart of Samantha Bird. It’s been many years since they’ve seen each other, but when they meet again during Sam’s trip to New England, they pick up, it’s like no time has passed.

Reale portrays Ellie Bird, Samantha’s confident, intelligent and pleasantly outspoken youngest sister. Articulate and well-educated, Ellie has a close relationship with her sister and they seem comfortable talking about anything and everything…but all the while Ellie is quietly keeping a watchful and protective eye on Sam.

Bathina is Dr. Priyanka Yalen. Reserved and sophisticated, she’s Jake’s therapist, much to the chagrin of her husband.

Brown plays Gideon Yalen, Priyanka’s husband who has concerns about Jake, and his wife taking him on as a patient.

Known for his role as the title character in Iron Fist, Jones can currently be seen as the lead of the feature The Visitor and he recently starred as one of the leads in the series Swimming With Sharks. He’s repped by CAA, Curtis Brown Group, Atlas Artists and Felker Toczek Suddleson Abramson McGinnis Ryan.

Davidtz’s recent credits include the recurring role of Paige on The Morning Show and guest roles on Tales of The Walking Dead and Love, Victor. She’s repped by CAA, The Artists Partnership in the UK and Berwick & Kovacik.

Strong most recently recurred on Stranger Things, which she also directed in the final season. She’ll next be seen recurring in AMC’s 61st Street and Hulu’s Unprisoned. She’s repped by SDB Partners and Liberman-Zerman Management.

Faison can currently be seen as a lead in the reboot of Hellraiser directed by David Bruckner. Faison was previously a series regular on Everything’s Gonna Be Ok and he can next be seen in the independent film SweetDreams. Faison is repped by Hyperion, Avalon Management and Goodman, Genow, Schenkman, Smelkinson.

Brown’s recent credits include recurring roles on Power and Love Is__ and guest roles on FBI and Bull. He’s repped by Gersh and Luber Roklin Entertainment.