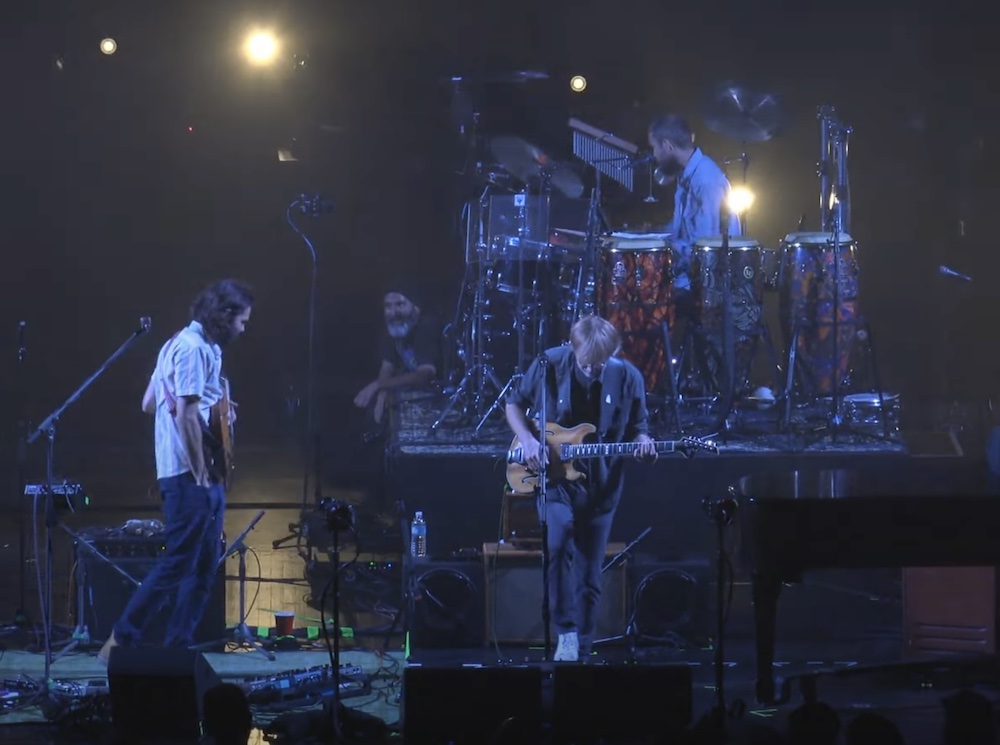 Goose performed at Radio City Music Hall this weekend, fresh off the release of the jam band’s new album DRIPFIELD. Last night, they were joined by Father John Misty for a couple of songs. Also along for the ride was Phish’s Trey Anastasio, who came out for the second half of the band’s set.

Father John Misty performed his own Fear Fun track “I’m Writing A Novel” (which Goose has covered live before) and then came back out for an encore performance at the end of the night of the Beatles’ “Tomorrow Never Knows,” where he played drums. Also throughout the set, Goose covered Arcade Fire’s “Wake Up” and Bruce Springsteen’s “Atlantic City.”

Videos of some of that has not surfaced yet, but you can check out their FJM/Anastasio-assisted cover of “Tomorrow Never Knows” and some photos from the night below.