Ewan McGregor is returning to Star Wars for the first time in 17 years with the upcoming Disney Plus series Obi-Wan Kenobi, but it turns out the actor didn’t entirely give up his Jedi training in the nearly two decades between Star Wars: Revenge of the Sith and the new streaming series.

In an interview with Entertainment Weekly, McGregor admitted he often uses the Force hand motion on automatic doors in various supermarkets.

“I do it with doors!” McGregor said of the finger-slash-Force move.

“I like to do that with automatic doors just for my own amusement. I always do a little Jedi move for the doors and I have occasionally been caught doing it. You know, like at the supermarket or something when I’m wheeling my trolley out.”

“It’s just always for my own [amusement], because it makes me laugh, but occasionally I’ve been caught doing that, and that’s kind of embarrassing,” McGregor continued.

“It’s difficult not to do it, isn’t it? It’s fun. If the timing is right, it feels very powerful.”

McGregor has even tried and failed to impress his kids by using the Force on automatic supermarket doors. As the actor added, “My kids are totally impervious to the whole Jedi mind trick. They don’t care. It doesn’t work on them.”

Obi-Wan Kenobi is Disney Plus’ third Star Wars series following The Mandalorian and The Book of Boba Fett. This new show comes from director Deborah Chow (who was behind the camera on a couple of Mandalorian episodes) and writer Joby Harold. As every Star Wars fan knows, Obi-Wan Kenobi will reunite McGregor and Anakin Skywalker actor Hayden Christensen after the duo were front and centre in Attack of the Clones and Revenge of the Sith.

The series debuts May 25 on Disney Plus. 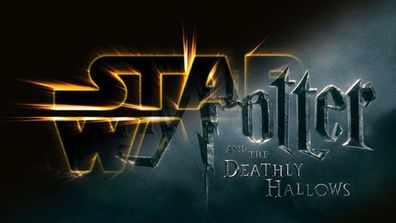