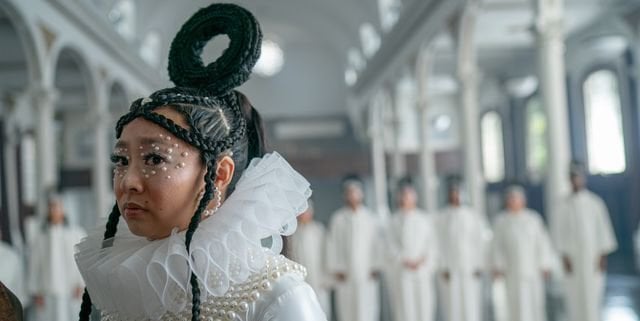 We hear from industry sources that the movie was picked up by a regional distributor but has been banned in parts of the Gulf due to LGBTQ issues, meaning it has been shelved for now. In the film, Stephanie Hsu’s character Joy is openly gay and there is a scene in which Michelle Yeoh and Jamie Lee Curtis play a lesbian couple.

We’re told there’s hope that some territories in the region may still release the film, but the word is that key markets such as Saudi Arabia and Kuwait won’t be showing it. We have reached out to A24 and Saudi Arabia’s General Commission for Audiovisual Media for comment.

Homosexuality is illegal across the Gulf and films that feature any LGBTQ themes often don’t get past the censors.

Last month, ‘Doctor Strange In The Multiverse Of Madness’ was the latest studio film to be banned in parts of the region due to a gay character. ‘Eternals’ and ‘West Side Story’ also suffered bans late last year.