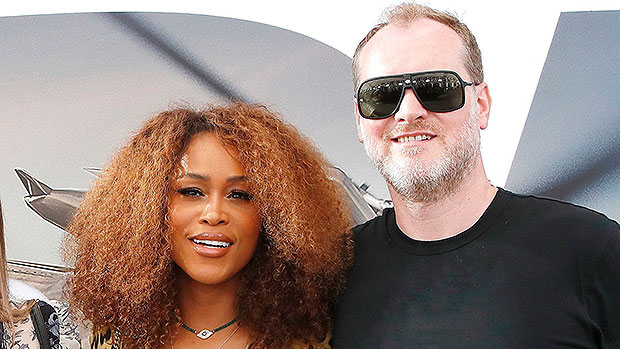 Looks like Eve is a super stylish mom! In an adorable photo posted to her Instagram account on June 18, the rapper snuggled with her four month year old baby named Wilde Wolf.

The newborn and his mama both sported cool white sunglasses, while Eve rocked a leopard print hat. Meanwhile, her baby boy matched her animal print style by sporting an adorable tiger onesie. Eve also chose to wear a minimalistic white blouse that she left unbuttoned to show a ruched shirt underneath. “ready for the #sun #Wildethang” she humorously captioned, followed by a plethora of fitting emojis.

The 43-year-old rapper welcomed her first child with her husband, race car driver and entrepreneur Maximillion Cooper on February 1, 2022. She posted the exciting news to her Instagram account on February 10, showing a photo of an adorable baby boy wrapped up in a blue blanket.

35 Cute Photos Of Celeb Moms Out With Their Kids: Gwen Stefani & More

Eve announced that she was expecting her first child with Maximillion on October 15, 2021 via Instagram. She celebrated her baby shower that December, showing off her baby bump while looking glowing in a classy satin red maternity gown.

Eve married Maximillion in 2014, and their lavish wedding was held in Spain, which made her a stepmom to his four children. Clearly a woman with maternal instincts at heart, the rapper opened up to People magazine in December of 2020 on how her husband’s children from a previous marriage has blessed her life.

“It’s been now 10 and a half years I’ve been in their lives and they’ve been in my life,” she told the outlet. “They’ve grounded me. In the beginning, when I first met my husband, then-boyfriend, I was like, ‘This is never gonna last because you got four kids! How’s this gonna work?’ But then I met the kids and honestly was like ‘Wow, kids are amazing’,” she added.