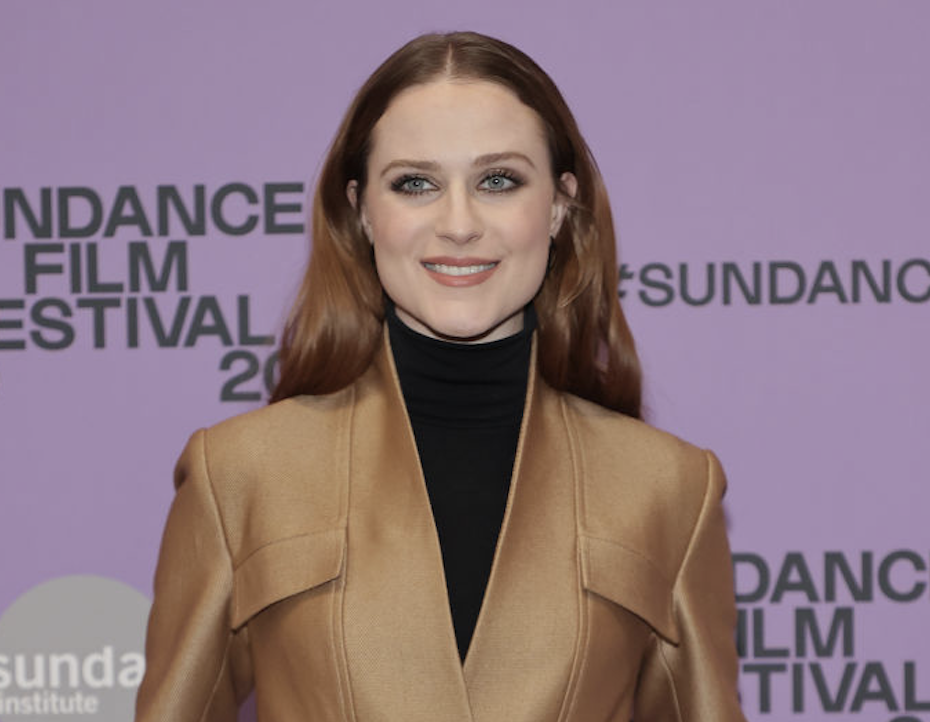 Evan Rachel Wood got emotional Thursday during an appearance on The Drew Barrymore Show, as she discussed the role that her 8-year-old son, Jack, whom she shares with ex-husband Jamie Bell, played in convincing her to come forward with allegations of abuse against former fiancé Marilyn Manson.

“That was the catalyst,” Wood said of being a mother, “because really, it was like, how do I live with myself knowing that I am the example for this young person, if I can’t speak up for myself and for other people? Especially in a time such as this that we are living in when these things are getting pushed to the surface, and now is the time for truth and healing and having those hard conversations. And if I run away from this now, what do I tell my child? You know, be that person. If you have the platform and the privilege to help other people, dear God, use it.”

The Westworld actress appeared on the show to promote her new, two-part HBO documentary, Phoenix Rising, which follows her as she co-authors and lobbies lawmakers to support the Phoenix Act. The legislation, passed in California in 2010, extends the statute of limitations for survivors of domestic abuse.

Wood first accused Manson of abuse in February 2021, although she had previously said that she had been in an abusive relationship without naming any names. “He started grooming me when I was a teenager and horrifically abused me for years,” she wrote in part. “I was brainwashed and manipulated into submission.”

Several times during her segment on Barrymore’s show, viewers were reminded that he has always denied the accusations of Wood — and those of more than a dozen other women who have come forward with allegations against him. He insists all his relationships were consensual. He’s filed a lawsuit against Wood and another accuser.

Wood dated Manson, whose real name is Brian Werner, on and off between 2006 to 2010, when she was still a teenager and he was in his late 30s. For a brief time, they were also engaged.

Wood has previously alleged that he “essentially raped” her while the cameras were rolling during a 2007 music video shoot for his song “Heart-Shaped Glasses.”

Manson told the show that Wood was “coherent and engaged during the shoot and very involved in both the pre- and post-production of the video.”

She’s also said that he was emotionally abusive.

On Drew, Wood said she had only expected to tell her story once, the first time she testified on behalf of sexual assault survivors. But the response was overwhelming.

“When I saw that, it was like a bomb went off, and… by the details in their stories, they knew things that nobody else knew. I knew they were telling the truth. And there was this amazing moment of liberation… ‘I’m not crazy,'” Wood said. “The way this person gaslit me, anytime I questioned them, anytime I challenged them, the way they made me feel like I was so wrong, and I was so unhinged. And then to see that I was right. Like, I can trust myself… I see now the truth.”

Now, Wood plans to keep telling her story, in part by promoting her docuseries. But it can be a lot.

“Last night, I did get home and break. Because I’ve been running around having to be so strong and clear and concise,” she told Barrymore. “And, you know, you’re sitting there, you’ve got all this pressure. You’re the spokesperson for not just this documentary but for all domestic violence survivors. And you’re going, ‘Oh, God. Did I say it right? Did I word it right? What am I going to get sued for? Like, how is this gonna come back to hurt me?’

She always comes back to the same thought.

“It’s like, by healing others, you also heal yourself, and it gives the pain a purpose,” Wood said. “And if I can turn this into a healing moment and a moment for education and prevention and to shine some light on this issue that is severely under-reported and misunderstood, then that brings me happiness. Then that brings me healing as well.”